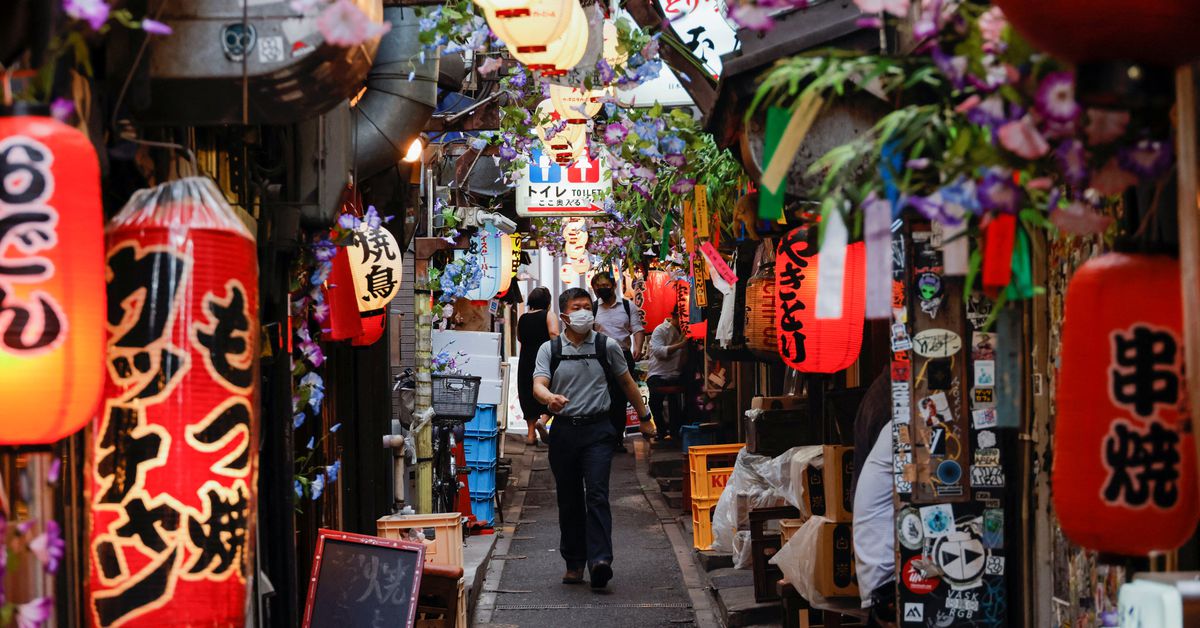 Japan warned on Thursday that a new wave of COVID infections appeared to be spreading rapidly and urged people to take special care ahead of an approaching long weekend and school summer vacations.
Tokyo's 16,878 new cases on Wednesday were the highest since February, while the nationwide tally rose above 90,000, in a recent surge of COVID-19 infections to levels unseen since early this year. The Japanese capital marked 16,662 new cases on Thursday.

In his first news conference since former premier Shinzo Abe was killed and after the ruling coalition won an election on Sunday, Prime Minister Fumio Kishida said the highest level of caution was needed.

"The coronavirus is spreading throughout the nation and through all age groups," he said, urging people to make sure they got their booster shots - especially those in their 20s and 30s, whose vaccination rate is lagging.

"With summer vacations coming up, interaction between all generations will be increasing."

But he added that no restrictions on movement were needed yet and he had no immediate plans to tighten border controls above the current level, which - with tourists limited to small group tours - remain among the strictest in the world.

Some experts are warning that cases could rise sharply over the next few weeks.

The capital raised its alert level to the highest tier. The BA.5 variant accounts for more than half of the new cases.

"Tomorrow, we will hold a meeting ... to decide on measures to be taken this summer," Tokyo Governor Yuriko Koike told a meeting earlier on Thursday, adding that the gathering would weigh expert opinion and the nationwide trend.

Kishida also paid tribute to Abe, slain at an election campaign rally last Friday by an unemployed man with a homemade gun, adding that he felt there were faults in the security for Abe.

"Abe has many great legacies to his name across a wide variety of issues," he said.

"This includes taking on the heavy responsibility of being premier for our country with outstanding leadership and action over the course of eight years and eight months - the longest in modern history - when in the midst of domestic and global tension."