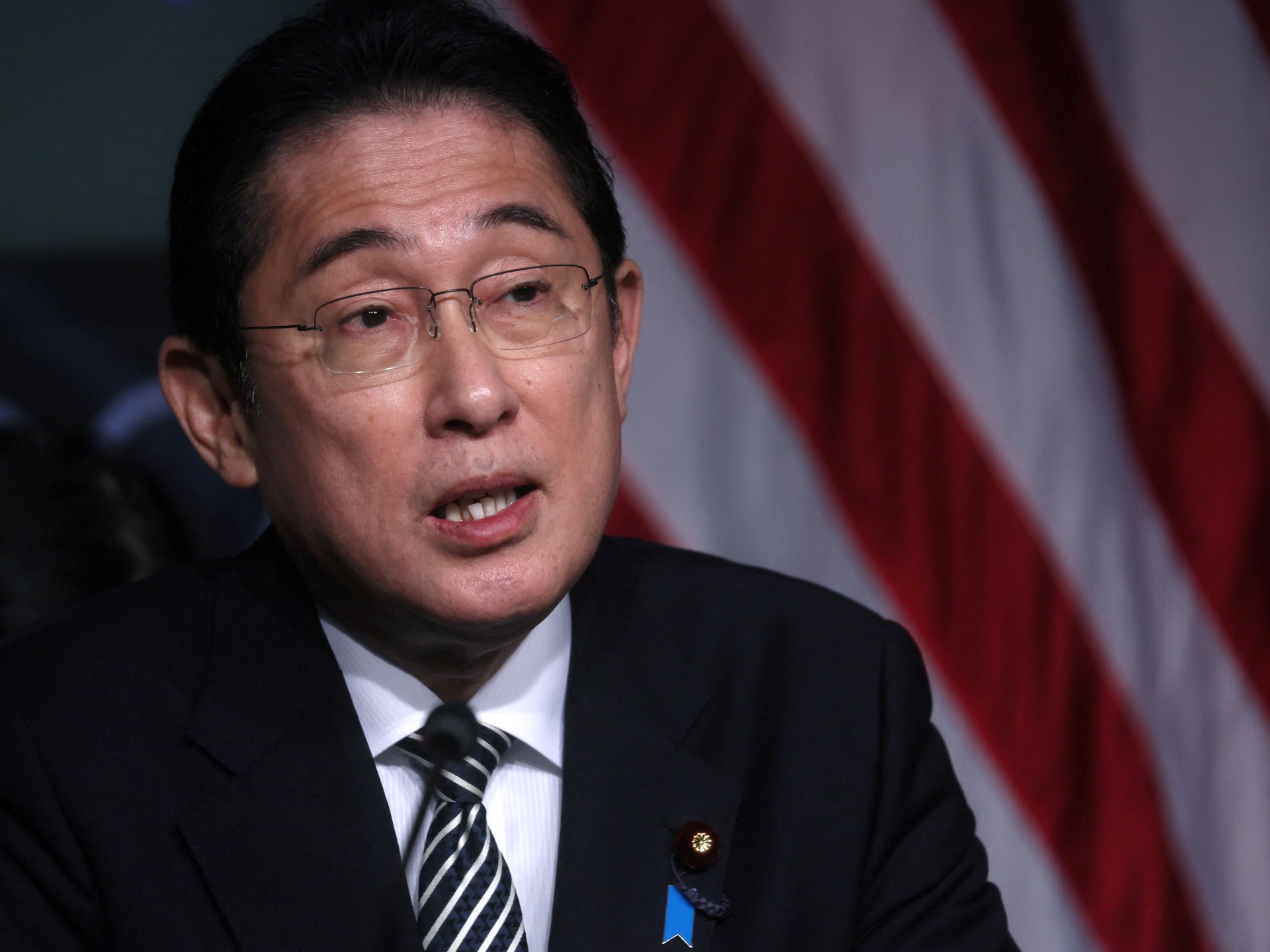 Japan, US and Europe must act together on China, PM Kishida says

If Russia’s use of force against Ukraine goes ‘unchallenged, it will happen elsewhere in the world, including Asia’, Japan’s prime minister says.
Japan, the United States and Europe must act in unison on China, Japanese Prime Minister Fumio Kishida said in Washington, DC, during a visit aimed at enhancing Tokyo’s alliance with the US in the face of growing challenges from Beijing.

China is the central challenge for both Japan and the US as China’s vision for the international order differs from the views of Tokyo and Washington in some ways the allies “can never accept”, Kishida said.

“It is absolutely imperative for Japan, the United States and Europe to stand united in managing our respective relationship with China,” the Japanese prime minister said in a speech on Friday at Johns Hopkins School of Advanced International Studies.

Russia’s war against Ukraine marked the “complete end” of the post-Cold War world order and if Moscow’s use of force goes “unchallenged, it will happen elsewhere in the world, including Asia”, he said.

“The international community is at a historical turning point. The free, open and stable international order that we have dedicated ourselves to upholding is now in grave danger,” Kishida said.

“We will never allow any attempts to unilaterally change the status quo by force and we will reinforce our deterrence.”

Kishida reiterated Japan’s concern about China’s military activities near disputed islets in the East China Sea – known as the Senkaku Islands in Japanese and the Diaoyu Islands in Chinese – as well as China’s launch of ballistic missiles last year that landed in waters near Japan.

Meeting with Kishida earlier at the White House, US President Joe Biden said the US remained strongly committed to its alliance with Japan and praised Tokyo’s “historic” defence build-up announced last month.

“Let me be crystal clear: the United States is fully, thoroughly, completely committed to the alliance and more importantly to Japan’s defence,” Biden said.

Japan last month announced its biggest military build-up since World War II, in a dramatic departure from seven decades of pacifism, fuelled by concerns about Chinese actions in the region. The increase will see Japan boost its defence budget for 2023 to a record 6.8 trillion yen ($55bn), or a 20 percent increase in spending, which comes in the face of regional security concerns, including threats posed by China and North Korea.

As part of that new defence policy, Japan is going on a shopping spree and looking to buy hundreds of Tomahawk cruise missiles, which currently are only in the arsenals of the US and the UK. Japan will also for the first time develop a “counter-strike” capability, which means being able to hit launch sites for missiles that threaten it.

In talks this week between the Japanese foreign and defence ministers and their US counterparts, the two countries also agreed that attacks in space could invoke their mutual defence treaty amid rapid Chinese work on satellites.