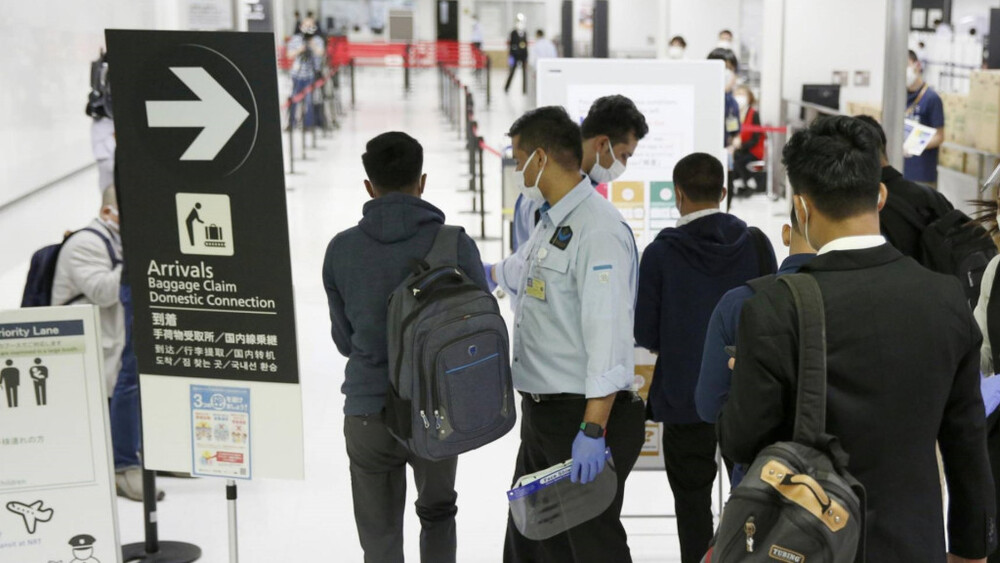 Japan says arrivals from China, HK and Macau will be limited to four airports

Direct flights from China, Hong Kong and Macau will be accepted only at Narita, Haneda, Kansai International and Chubu airports, according to an emailed statement from the Ministry of Foreign Affairs of Japan.
The number of flights from China will also be limited to guard against a sudden increase in COVID-19 infections in Japan, Prime Minister Fumio Kishida said on Tuesday.

In addition, Japan will require a negative COVID-19 test upon arrival for travellers from China due to the rapid spread of the virus in the country.

Travelers from Hong Kong and Macau will not be subject to the testing requirements, Bloomberg reported on Tuesday.

Kishida said that the new border measures for China will go into effect from midnight on Dec. 30.

“There are great discrepancies between information about infections compiled centrally and locally, as well as the government and the private sector, so it’s hard to grasp the details of the situation,” Kishida said. “There’s growing concern within Japan as well.”