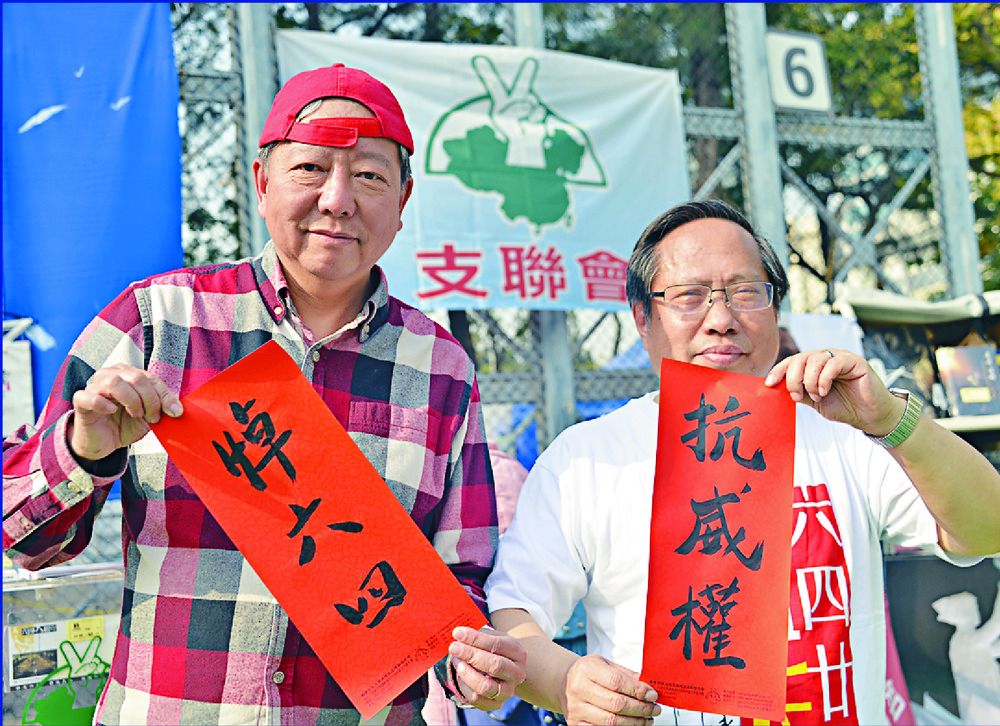 The June 4 vigil alliance should be dissolved, imprisoned chairman Lee Cheuk-yan and former vice chairman Albert Ho Chun-yan told its members.
Taking the initiative to disband is the best solution for the Hong Kong Alliance in Support of Patriotic Democratic Movements of China amid the current social atmosphere, the duo wrote in two open letters - signed separately by each - to all groups that are members of the alliance yesterday.

The letters were revealed yesterday ahead of the alliance's special meeting this Saturday in which it will decide whether to disband.

The secretariat of the alliance said yesterday the alliance is registered as a company limited by guarantee, so it will be disbanded if three-quarters of the members that attend the upcoming meeting support the decision.

It is understood the alliance has around 100 groups as members and at least 20 organization members have to be present at the meeting to reach the quorum.

There are seven standing committee members in the alliance, all of whom are either serving a jail sentence or being remanded in custody.

Lee and Ho are serving prison terms of 20 months and 18 months respectively over illegal assembly.

The duo, the alliance's vice chairwoman Chow Hang-tung, as well as the group itself were charged for inciting subversion under the national security law. Their case was adjourned to October 28.

They were charged on September 7 after the alliance refused to hand over information - such as its activities, expenditures, and contacts - requested by national security police, who accused the alliance of being a foreign agent.

Chow and four other standing committee members were subsequently charged for failing to comply with the requirement to provide information. They include Leung Kam-wai, Tsui Hon-kwong, Tang Ngok-kwan and Chan To-wai.

Ho resigned from his role in the alliance last Monday. The group deleted material from its website, original Facebook page and other electronic platforms last Thursday as police on September 10 ordered the alliance to delete messages within seven days.
#Facebook
Add Comment