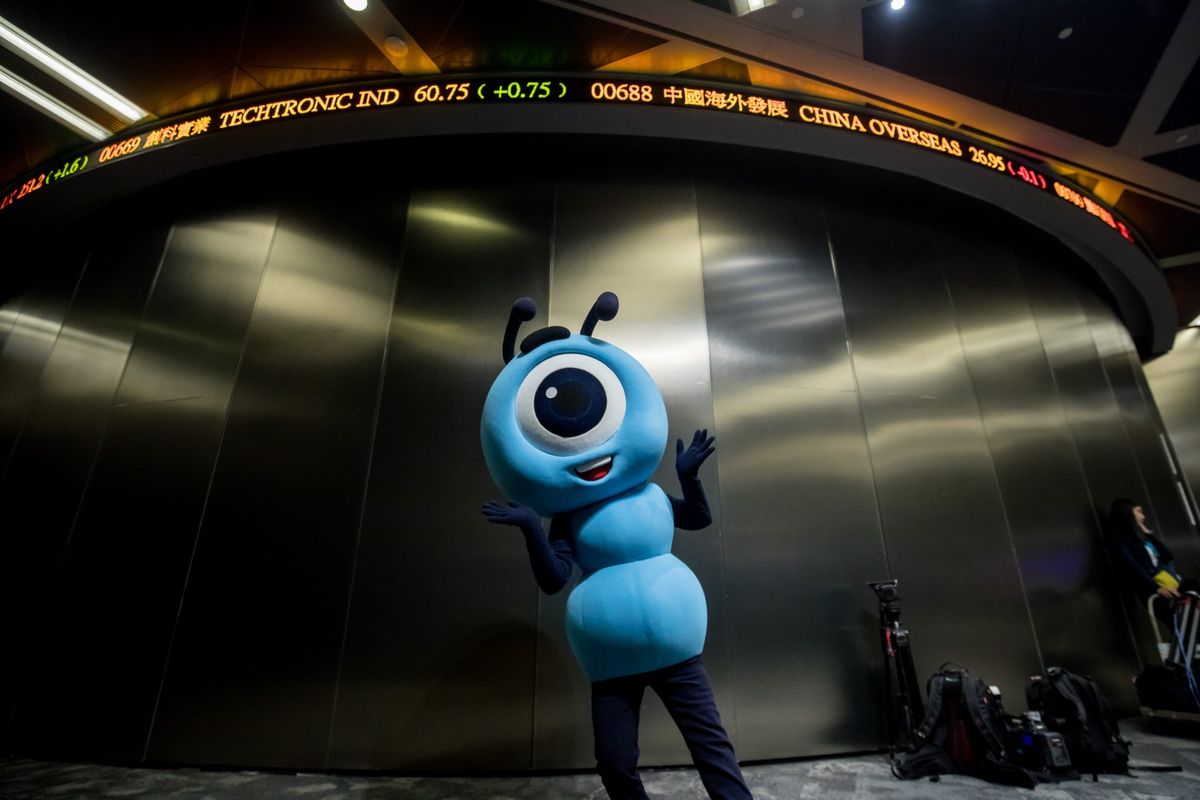 Ant Group’s potentially record-sized initial public offering could propel technology capital-raising in 2020 past the dizzying heights of the dotcom bubble, an extraordinary showing in a pandemic-stricken year fraught with geopolitical uncertainty.

Jack Ma’s Chinese financial titan aims to raise at least $30 billion in Hong Kong and Shanghai in October, which could push global first-time share sales by tech firms well past $57 billion, according to data compiled by Bloomberg.

That would be the highest since 1999, when tech companies raised $62 billion and famously ushered in a plethora of now-defunct internet outfits.

After an initial pandemic-induced lull, corporate share sales have come back with a vengeance, luring many of the same investors who pushed Apple Inc.’s market cap past the $2 trillion mark and ignited a broad rally in internet companies worldwide.

“The multiple environment for technology companies is at the highest since the dotcom bubble,” said Lauren Cummings, co-head of technology equity capital markets for the Americas at Morgan Stanley. “2020 is the year a lot of companies are going public but there are still many high quality companies, probably multiple times of what we have this year, that are quality companies, that are scaled, that can go public next year.”

Investors have questioned whether a 2020 run-up that’s lifted marquee names from Apple and Facebook Inc. to Tencent Holdings Ltd. is fueling a bubble akin to that of two decades ago, which brought down much of the fledgling internet economy when it popped.

Beyond the fundamentals however, there are several unique aspects to this year’s tech mania.

One is sheer size. Ant’s giant offering may skew comparisons with 1999, particularly if it surpasses Saudi Aramco’s $29 billion IPO last year as the largest in history.

The past year has featured an unusual number of first-time share sales on Hong Kong or mainland bourses by Chinese companies already listed abroad, fearing a backlash from an increasingly belligerent Trump administration.

The rise of the hyper-local ChiNext and Star markets in China has also inflated 2020’s pipeline. Punters on the mainland have gobbled up loss-making debutantes like never before -- triggering first-day rallies of more than 2,000% in some cases -- in part because they believe Beijing will offer financial and other forms of aid for a Chinese tech sector perceived as essential given the Trump administration’s restrictions on trade.

Finally, the unknown extent of the global economic downturn caused by the pandemic has led some companies to rethink their capital needs or speed up plans.

Airbnb, which was previously seen as a candidate for a direct listing, said this month it filed for a traditional initial public offering. Last week, on Monday alone, four biomedical companies, four blank-check companies and five software companies, including Unity Software Inc., filed to go public.

“The year has been really busy for equity capital markets deals so far despite all the headline news,” said Tucker Highfield, co-head of equity capital markets for Asia Pacific at Bank of America Corp.. “We expect to see strong IPO markets to the end of year as investors continue to look for higher returns.”