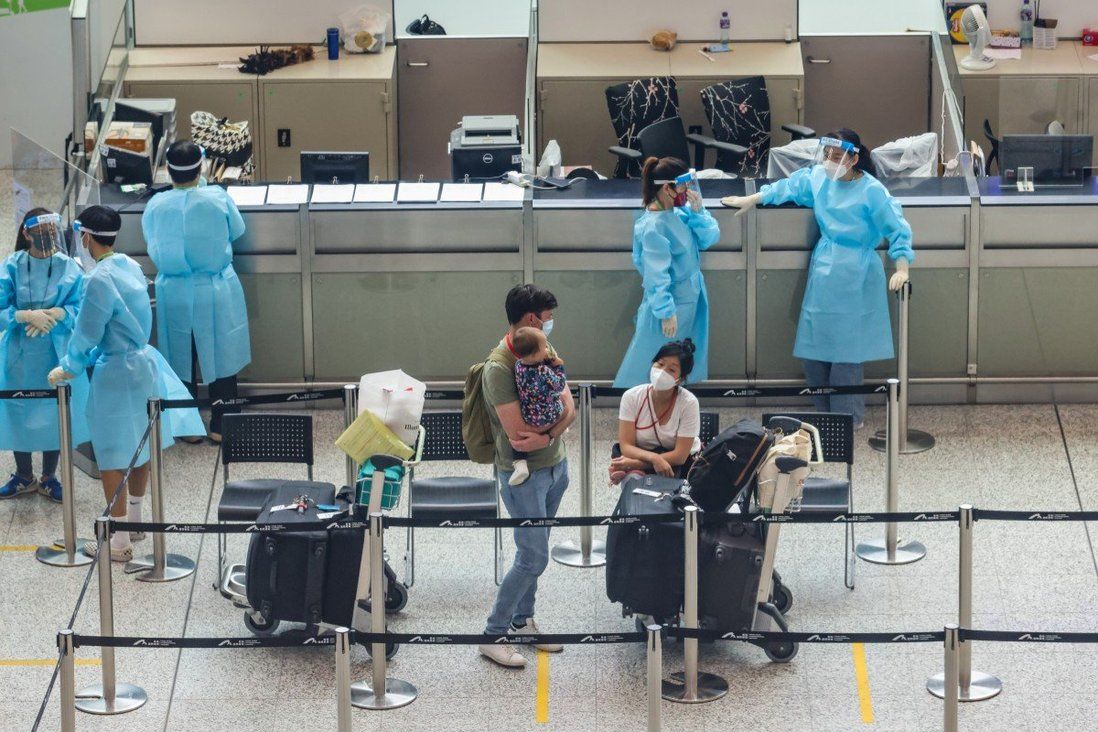 Hong Kong residents who have been fully vaccinated in either country and are able to present a valid inoculation document will be allowed to return.

Hong Kong residents stranded in the Philippines and Indonesia will be given the same treatment as foreign domestic workers on Covid-19 vaccine
recognition under a revised policy that comes into effect on Wednesday.

Under the updated measure, announced on Monday, Hong Kong residents who have been fully vaccinated in either country and are able to present a valid inoculation document will be allowed to return to the city.

They can also spend their mandatory 21-day isolation period in any of the city’s 36 quarantine hotels, unlike domestic helpers arriving from the Southeast Asian countries – classed by the government as “Group A” or high risk for Covid-19 – who must use a designated property in Tsuen Wan. 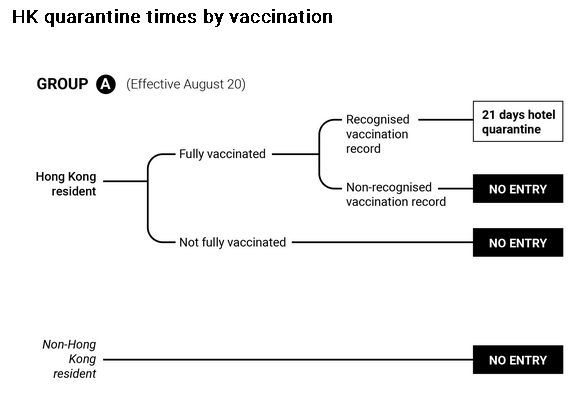 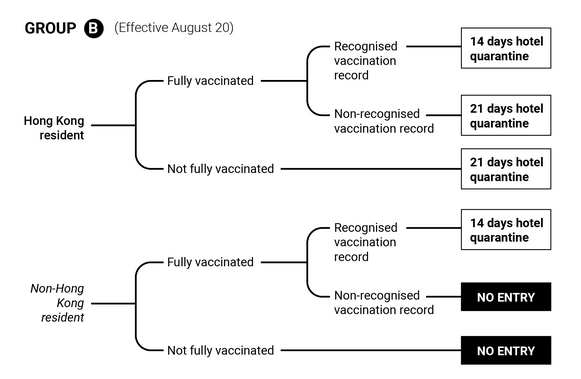 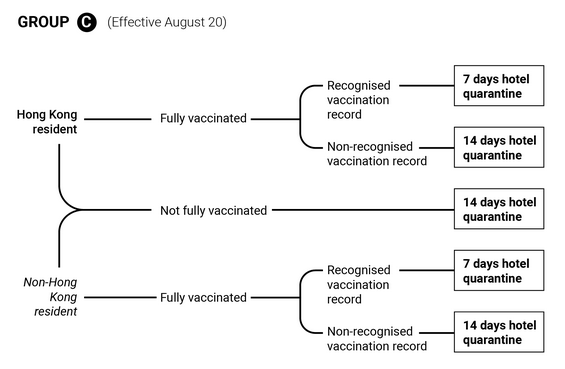 From September 1, “Hong Kong residents who hold vaccination records affirmed by the relevant authorities of these two countries can board a flight for Hong Kong from Group A places”, a government statement said on Monday.

“Foreign domestic helpers holding vaccination records that have been affirmed by the relevant authorities of Indonesia or the Philippines must follow the quarantine arrangements as announced by the government on August 26, including undergoing 21-day compulsory quarantine in a designated quarantine facility.

“As for other Hong Kong residents, they can undergo compulsory quarantine in regular designated quarantine hotels.”

The government recently struck bilateral deals with Indonesia and the Philippines to accept helpers’ Covid-19 inoculation certificates, paving the way for the workers to come to Hong Kong to alleviate a shortage.

But the arrangements triggered complaints as many other people and groups, including Hong Kong residents, were excluded. Students, business travellers and other workers who received jabs in the two countries were not given the same treatment. Some university students stuck in Indonesia said the government’s move was to suit its own needs.

Under current border control measures, only travellers with recognised certificates from the two high-risk countries can enter Hong Kong and they must undergo 21 days of quarantine. 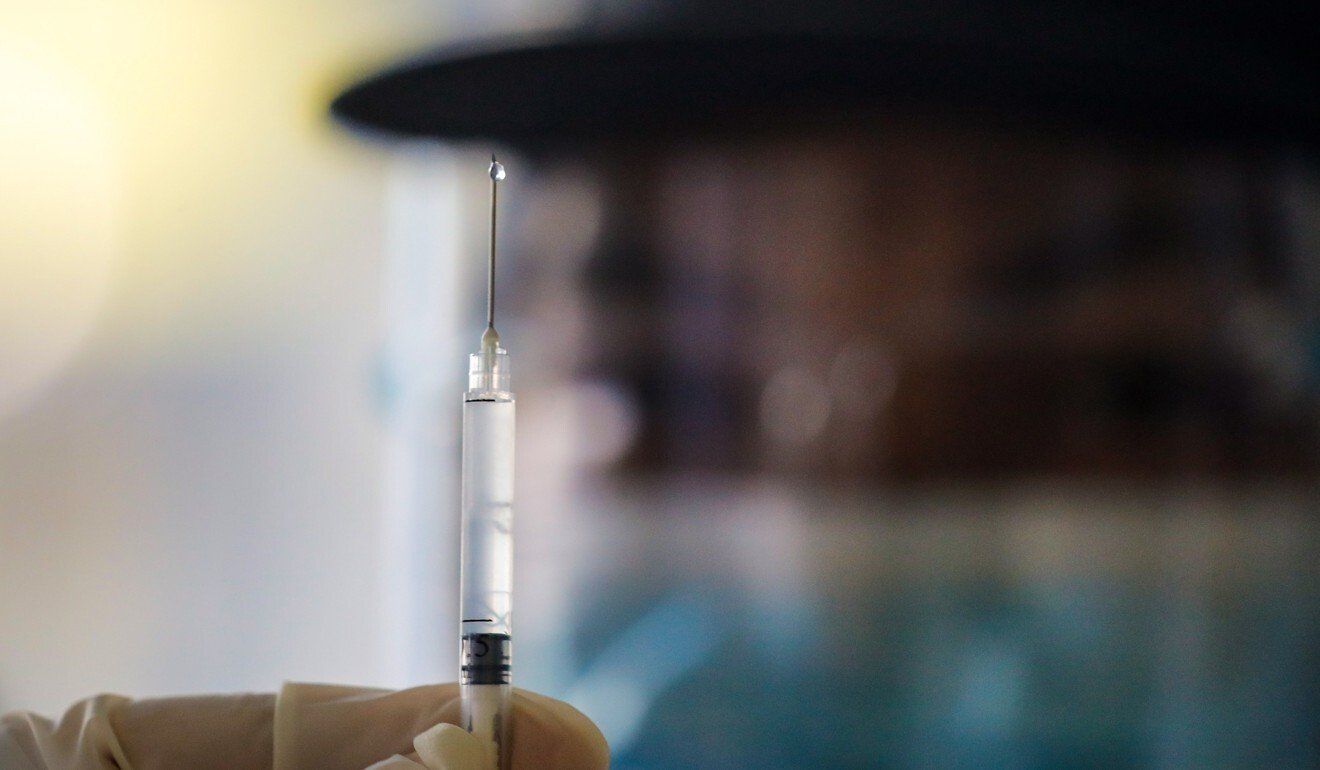 Hong Kong will accept jabs records from the Philippines and Indonesia.

Philippine Consul General Raly Tejada welcomed the latest development, telling the Post his office had received several inquiries asking when Hong Kong authorities would allow those who were not domestic helpers into the city.

Tejada estimated about 4,000 Filipinos, including domestic helpers, skilled workers and stranded Hong Kong residents, could return to the city. “They’re all waiting to come back,” he said.

Special “yellow cards” issued by the Philippines’ quarantine bureau to verify a person’s inoculation records would need to include the passport number as part of Hong Kong’s entry requirements, he added.

“For the people who got the earlier version of the ‘yellow card’, which didn’t have their passport details, what they have to do is to go back to the Bureau of Quarantine and they will be issued a supplemental certificate which will be attached to it,” he said.

The city’s sole quarantine hotel for helpers, meanwhile, said it was fully booked until November 1.

The Silka Tsuen Wan has just 409 rooms available for helpers to complete their 21-day quarantine upon arrival.

Some employers have also complained it charges HK$800 (US$102) a night for a room, double that of regular quarantine hotels.

Hong Kong has experienced a shortage of helpers after the government banned flights from the Philippines and Indonesia from April and May respectively. Flight bans were lifted on Group A places when the city earlier this month streamlined its categorisation of countries’ Covid-19 risks, allowing fully vaccinated Hong Kong residents to return.

However, vaccination records would only be accepted if travellers from high-risk countries had been jabbed in Hong Kong or mainland China, or got a shot from an institution recognised by the World Health Organization. Only Britain and Ireland fit the criteria.

Under other revisions announced on Monday, Hong Kong also said it would follow the European Union’s move to recognise vaccination records of North Macedonia, San Marino, Turkey, Ukraine and the Vatican City. That will also take effect from Wednesday. Turkey is among the 25 countries deemed high risk.

Filipinos and Indonesians whose previous plans to return to Hong Kong were thwarted by flight bans or other pandemic restrictions breathed a sigh of relief on Monday.

Regina Surya, a third-year global economics and finance student at Chinese University, said it was a “surreal moment” when she found out there was a chance of resuming face-to-face classes in the city.

“We have been through too many false hopes that we doubted the news. But realisation hit me, and I shouted, “We’re going back!” My parents were very excited and happy for me,” the 20-year-old Indonesian said.

Although she estimated the flight and quarantine hotel would cost about HK$17,000, Surya said: “I would rather spend that much [just to be] back in Hong Kong.” 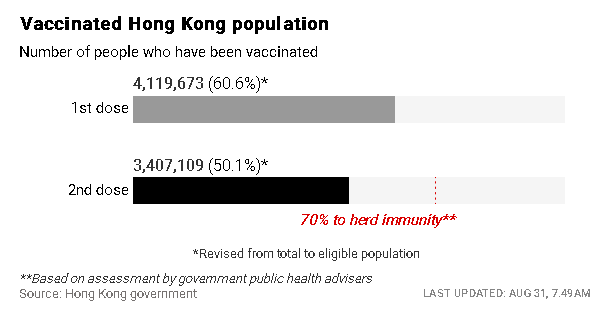 A 34-year-old Filipino, who has worked in Hong Kong’s information technology sector for four years, said she was looking forward to being reunited with her family.

“Finally, my husband and son can come here with me. We’ve been waiting for a long time,” said the woman, who gave her name as Mai, adding she last saw them in the Philippines in December last year.

She was now scrambling to book flights and tickets for her son and husband and said she expected to spend at least HK$17,000.

Another Filipino, who went to Dubai to complete a 21-day “washout” before flying into the city, said she almost lost hope in mid-August when Hong Kong deemed the United Arab Emirates a high-risk country. After spending two weeks in Dubai, the 27-year-old, who has secured a teaching job in Hong Kong, said the policy change came “just in time” to make new plans.

“From the beginning, we were already prepared not to get into Hong Kong any time soon because the earlier announcements were only to recognise the vaccine records of foreign domestic helpers,” she said.

But one worry remains for the woman, who got her “yellow card” before heading to Dubai.

“Now there’s a new version [of the vaccine record] so I’m scrambling to get that certificate to attach to the old yellow card. That’s the only thing that stresses me out right now,” she said.