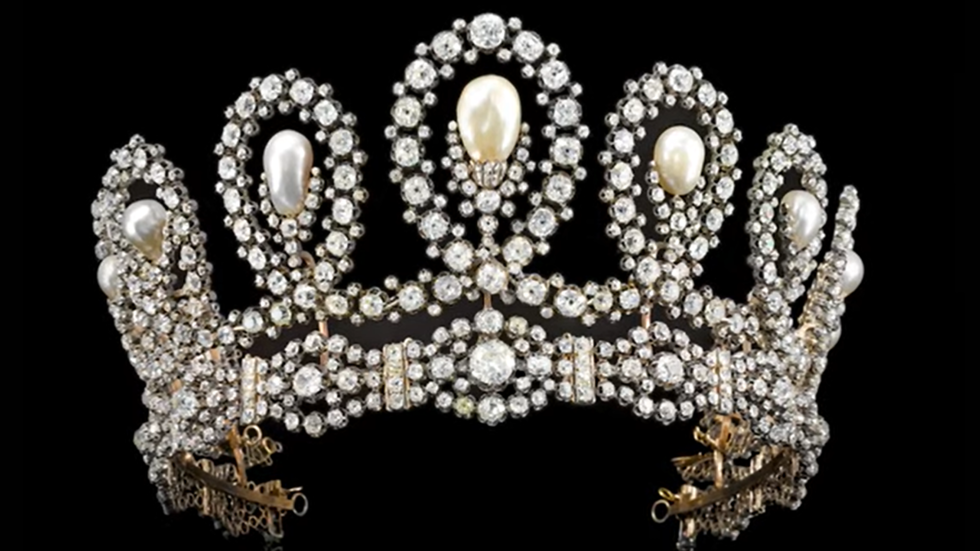 Descendants of Italy’s last king have formally requested that the state return their priceless jewels.
Lawyers representing the descendants of Italy's last monarch will meet with representatives of the Bank of Italy and the government on Tuesday, in an attempt to negotiate the return of the crown jewels to the Savoy family, which have been held by the bank since 1946. Should they fail to reach an agreement, the Savoys plan to sue the state, Italy’s Corriere della Sera newspaper reported.

One way or another, “the Savoy family will get the jewels back,” the family’s lawyer stated.

Encompassing more than 6,700 diamonds and 2,000 pearls mounted on necklaces, bracelets, tiaras, and brooches, the collection is valued somewhere between €18 million ($20.3 million) and €300 million ($338 million). No evaluation has been carried out, and the jewels haven’t been in royal hands for more than 75 years.

Italians voted to abolish the country’s monarchy in June 1946, and King Umberto II, who had ruled for just over a month at that point, was banished into exile shortly afterwards. However, Umberto had sent the jewels to the Bank of Italy for safekeeping before leaving Italy, where they have remained to the present day.

The jewels were never formally confiscated by the Italian government, a fact that Umberto’s descendants in the House of Savoy are hoping will count in their favor when asking for them back. Additionally, a delivery report that accompanied the jewels to the bank in 1946 stated that they were to be kept available to those with the “right” to them.

The Savoys first made an informal request for the return of the jewels in November, which was rebuffed by the bank. The family have not yet taken any formal action to get the collection back, and male descendents of Umberto were only allowed back into Italy in 2002. Beforehand, they had spent 65 years in exile between Portugal and Switzerland.

Upon his return to Italy in 2003, Umberto’s son, Vittorio Emanuele, claimed that he no longer wanted the jewels, suggesting they be put on display instead, something that never happened.
Add Comment