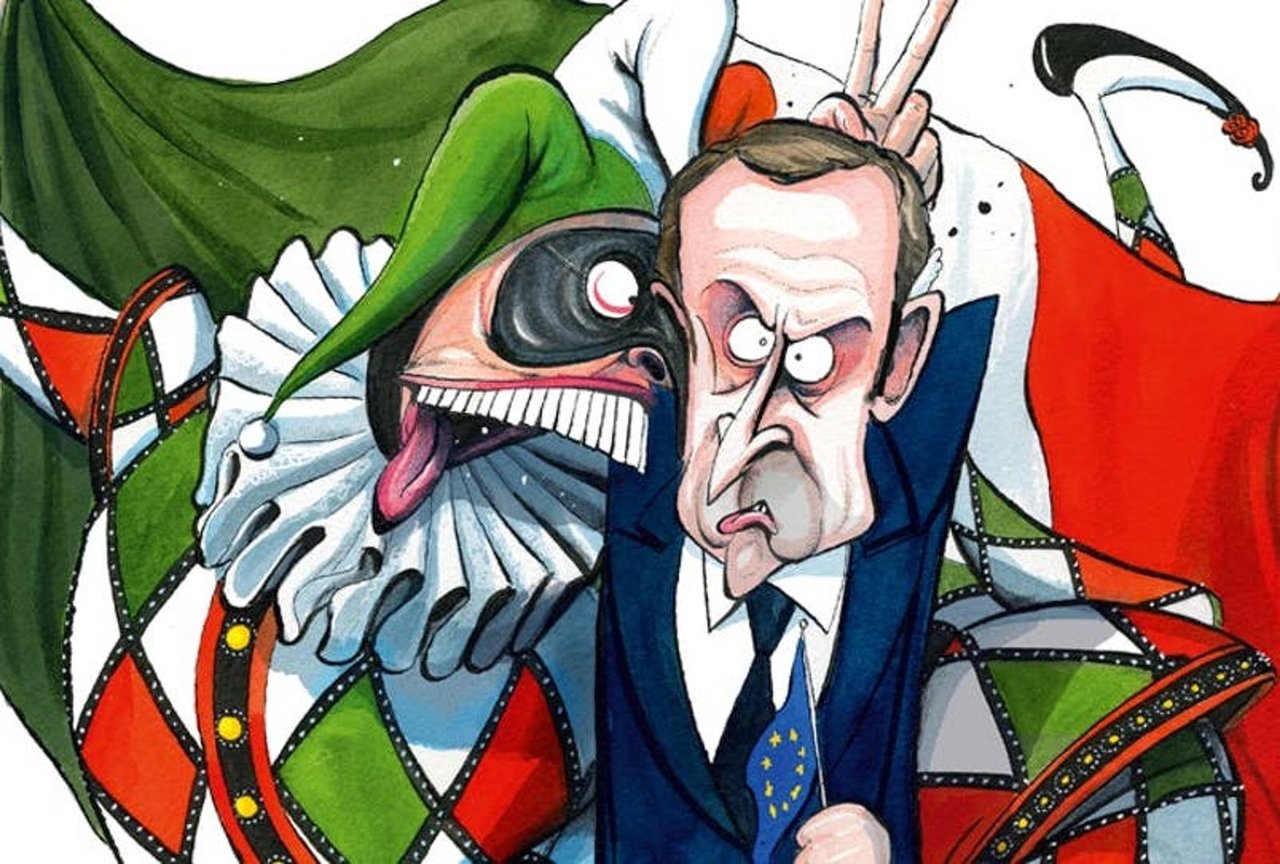 Italy is about to hijack the eurozone

There is still some debate about who came up with the adage that ‘if you owe the bank $100 that is your problem. If you owe the bank $1 million dollars that is their problem’. It is usually attributed to the oil tycoon J. Paul Getty, which may help explain how he became the richest man of his era. Occasionally, and in a slightly modified form, it is attributed to John Maynard Keynes in his advice to the British cabinet after world war two. And yet in truth, it should probably have been coined by an Italian. Why? Because the country now owes so much money to the rest of the eurozone it looks about to hijack the whole system.
With Italian debt soaring as it pays for one of the worst outbreaks of Covid-19, on the back of one of the world’s weakest economies, calls are being made for that debt to be ‘forgiven’. Riccardo Fraccaro, the Prime Minister Giuseppe Conte’s closest aide, has started demanding the ‘cancelling of sovereign bonds bought during the pandemic or perpetually extending their maturity’ (which is sort of the same thing, since a debt with a ‘perpetually extended maturity’ is a polite way of saying it is a debt you don’t plan to ever repay). In other words, a huge slice of Italy’s outstanding €2.2 trillion (£1.9 trillion) of debt would simply be magicked away.

When you owe that much money, you can hijack the system
Not surprisingly, that is causing a certain amount of unease among the other countries in the eurozone. The President of the European Central Bank Christine Lagarde has already said it would be illegal under the treaties. The Governor of the Bank of France, Francois Villeroy de Galhau, described it today as a 'very dangerous path’, while his Portuguese counter-part Fabio Panetta argued it would have ‘destabilizing consequences’. Well, maybe it would. But what exactly is anyone going to do about it? In truth, the ECB and the eurozone are about to be put in a very difficult place.

Italy already owes vast sums of money, which its shrivelled, shrunken economy, battered by 20 years inside a dysfunctional monetary union, won’t be able to cope with. Of its €2.2 trillions of debt, the third-highest in the world in absolute terms, the majority is now owned either by the ECB, which has bought up virtually every new issue this year, or else by Italian and other eurozone banks.

Cancellation, or the more fudged ‘perpetual maturity’, is the only option left. In effect, Italy is now turning the tables on Germany, and ‘frugals’ within the eurozone. The debt will either have to be taken onto the books of the ECB or else reneged on, which would collapse the banking system.

The Germans will be outraged by that, and so will the Dutch and the Finns, and perhaps too the French. But then again, President Macron may soon be having a quiet word with his central bank governor to point out that France’s debts will soon be the third highest in the world in absolute terms. France isn’t close to Italy when it comes to debt as a percentage of GDP, but as a bigger economy it will soon owe more overall and its debt is far more widely held around the world. So perhaps, from a French perspective, cancellation isn’t such a terrible idea after all.

In truth, when you owe that much money, you can hijack the system, and the debtor can take control. Lord Keynes or J. Paul Getty, if they were around, could have pointed that out to the founders of the eurozone right at the start — but now it looks as if they will have to relearn that lesson for themselves.
#COVID-19  #Covid
Add Comment