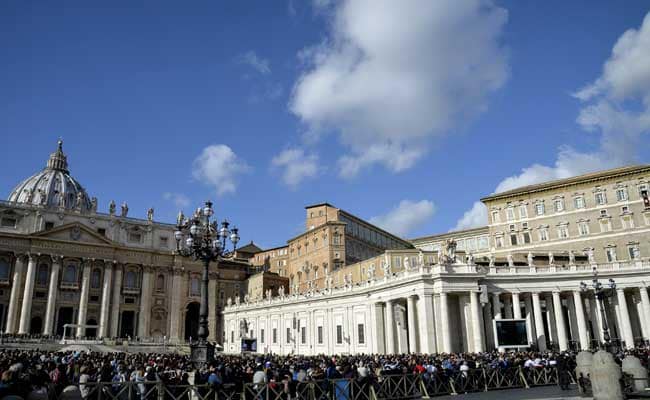 The appointment on Thursday of Sister Raffaella Petrini, a 52-year-old Italian nun, is the latest in which the 84-year-old pope has placed a woman in a leadership role.
Pope Francis has for the first time named a woman to the number two position in the governorship of Vatican City, making her the highest-ranking woman in the world's smallest state.

The appointment on Thursday of Sister Raffaella Petrini, a 52-year-old Italian nun, is the latest in which the 84-year-old pope has placed a woman in a leadership role.

The appointment of Petrini, who has a degree from LUISS, a prestigious Italian business university, marks the latest attempt by the pope to keep promises to improve gender balance made years ago but which women's groups have said were too slow in being realised.

The Governatorate oversees the daily workings of Vatican City, including departments such as its police, firefighters, health service, museums, maintenance and office staff.

The previous holder of the post of secretary general is a bishop. He is now in the presidency, the top post.

A number of other women already hold number two posts in Vatican departments but they deal with religious and social issues and have much smaller staff levels.

In August the pope named Italian nun Sister Alessandra Smerilli to the interim position of secretary of the Vatican's development office, which deals with justice and peace issues.

In February he named Nathalie Becquart, a French member of the Xaviere Missionary Sisters, as co-undersecretary of the Synod of Bishops, a department that prepares major meetings of world bishops held every few years.

Also in February, he named Italian magistrate Catia Summaria as the first woman Promoter of Justice in the Vatican's Court of Appeals.

He has also appointed six women to senior roles in the council that oversees Vatican finances and women to the posts of deputy foreign minister, director of the Vatican Museums and deputy head of the Vatican Press Office.

Francis has said he sees no reason why a woman should not hold a top post apart from those that for doctrinal reasons are open only to ordained priests.
#Pope Francis
Add Comment