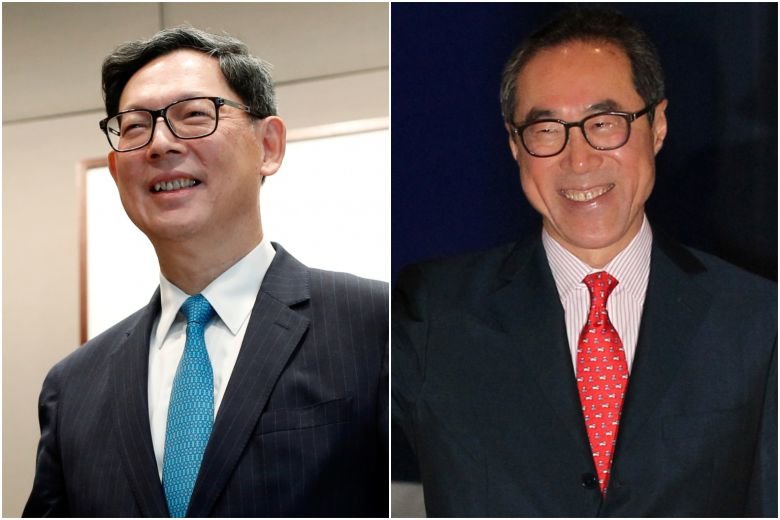 As a proper and professional bureaucrat, Carrie Lam fails to understand that the rule of justice will always stand where it should stand: above the rule of law. And Hong Kong has too many corrupt laws that have been rigged to serve the few tycoons, against the interests of the other 99%.

Ms. Carrie Lam was and is a proper choice to manage the good old, successful Hong Kong. In the book-keeping style: making sure that everything keeps working according to the book.

However, the endless violent protests and the explosive situation in Hong Kong requires a totally different skill-set. A leader with a strong personality, not just an officer, but someone who has full understanding about the value of social justice, and not a blind bureaucrat who proclaims the importance of protecting the rule of corrupt laws. Hong Kong has too many corrupt laws that for too long have been deployed to serve the interests of the elite group of real estate tycoons and financial institutions rather than the people.

Carrie Lam’s approach to addressing the protests brings to mind the French phrase "Qu'ils mangent de la brioche", (“Let them eat cake”), the famous quote attributed to Marie-Antoinette, Queen of France during the French Revolution. As the story goes, this was the Queen's response upon being told that her starving peasant subjects had no bread. That reminds me of Carrie Lam's funny expectation that the millions of people who cannot afford a 40 sq ft room to live in will be afraid of being locked up in a jail cell with free food and utility bills.

Hong Kong needs someone new, who is an out of the box thinker, who is creative, tech savvy and who has the charisma and self-confidence to fix what is broken in Hong Kong’s society and economy by addressing the structural injustices and the rigged laws.

It is very difficult for the protesters to make a convincing argument that democracy is the solution, in times when the type of democracy promoted by the USA and the UK has not only created mass humanitarian disasters in Iraq, Libya and Egypt, but has also totally failed to deliver social stability, justice and harmony even inside the USA and the UK itself.


There are so many other democratic countries that currently straggling and scrambling with mass frustration, protests, riots, chaos, disorder - all thanks to their broken democracy. Spain, France, Palestine, Egypt, Algeria, Libya, Chile, Ecuador, Canada, Australia, Kazakhstan, to name a few.

It is even harder for the protesters to insist on democracy for Hong Kong when China has dramatically succeeded in rescuing 700 million people from absolute poverty, and at the same time California is ranked as the State with the largest number of homeless people in the world. And this same State - the fifth largest economy in the world - boasts several of the most iconic U.S. cities, that look fantastic in fake movies but hold millions of people who are miserable in their daily “democratic” lives.

Perhaps that is why China is content to sit on the side line with Hong Kong .... probably saying “Let Democracy defeat itself via the behaviour of the hooligans”.

Protesters say they will not stop until the territory’s Chief Executive and Legislators are chosen through democratic elections.

It is legitimate and healthy to debate whether Hong Kong should implement a partial and broken democracy such as in the USA and UK, or full democracy that exists only in fantasy and propaganda school-books, or to remain non-democratic but super-free and rich as Hong Kong was under the British rule and has been for the last 22 years under Chinese leadership.

Some people are happy to be sensibly managed, while others - especially teenagers - believe they already know everything, and even have the experience and wisdom to recruit (i.e. to vote for) a CEO to manage a country that is bigger than Apple, Google and Microsoft. That's okay: everyone is entitled to their own opinion.

Obviously no decision on that should be taken or even considered as long as the protesters continue to use terror acts to press for their preferences. Giving in to terrorism would send a clear message to the public that from now on terrorism is the most effective way to achieve political, social or economic goals. This would not end the violence, but instead would encourage more people to use it as a convenient shortcut.

However, to restore law and order what Hong Kong is missing is a different type of leadership. Not a"better". Carrie Lam is absolutely fine, But a different type of leadership that can meet the new needs and challenges. In the same way that a limousine is inefficient to drive on mountains roads, and a tank is unsuitable for cruising along the highway, we need the right vehicle for the current road. And if we want to reach the destination, we must update the type of vehicle so that it fits the new road conditions.

A good administrator in peaceful times is not necessarily good or effective as a leader in times of war. If you want to win a civil war without destroying your society, you need to have a leader who is an expert in crisis management. Somebody that the public - all generations - will listen to, trust, and follow.

Ms Lam’s handling of the crisis has been marred by a series of mis-steps that sparked more violent protests after the series of massive and peaceful marches in early June.

Mr. Norman Chan and Mr. Henry Tang are being mentioned as a possible successors to Ms Lam. That might be a good choice, as Hong Kong has to look not only at people who have served in government but also know at those who know how business operates in Hong Kong. And of course they need to be trusted by Beijing, and committed to Two Systems, but also somehow trusted by the young generation.

Above all, what Hong Kong needs the most is a leader with the integrity and power to fight against the Hong Kong Real Estate Mafia, the mafia that in reality are responsible for the desperate situation that young Hong Kong people find themselves in.

4 million citizens who cannot afford a miniature 40 sq ft living space will never be afraid (and should never be afraid) of a jail cell. That's the real and the first problem to solve if the next leader really wants to restore peace in Hong Kong. The housing-mafia problem is not Carrie Lam's fault, but finding the solution to this problem is too difficult for her, even with her impressive management talent. Hong Kong needs a leader who - for the benefit of the entire population - is strong enough to confront and scare a dangerous and entrenched housing cartel. A President Xi Jinping style, that do not hesitate to fight corruption even against the most rich people in the country.

And then, at the end of the “re-boot”, when Hong Kong has finally returned to the good old days, a Carrie Lam-type of talented bureaucratic leader will once again be the best way to keep Hong Kong growing as always.

Bureaucratic leaders are good for maintenance, they are not suited as, Mark Zuckerberg says, to "Move fast and break things".

What Hong Kong needs now is a leader who can drive the structural change that will return Hong Kong to what it was, and can be again. Not a leader that will tell millions of desperate and hopeless people to keep obeying the law that is created by the rich, for the rich, against the 99%.