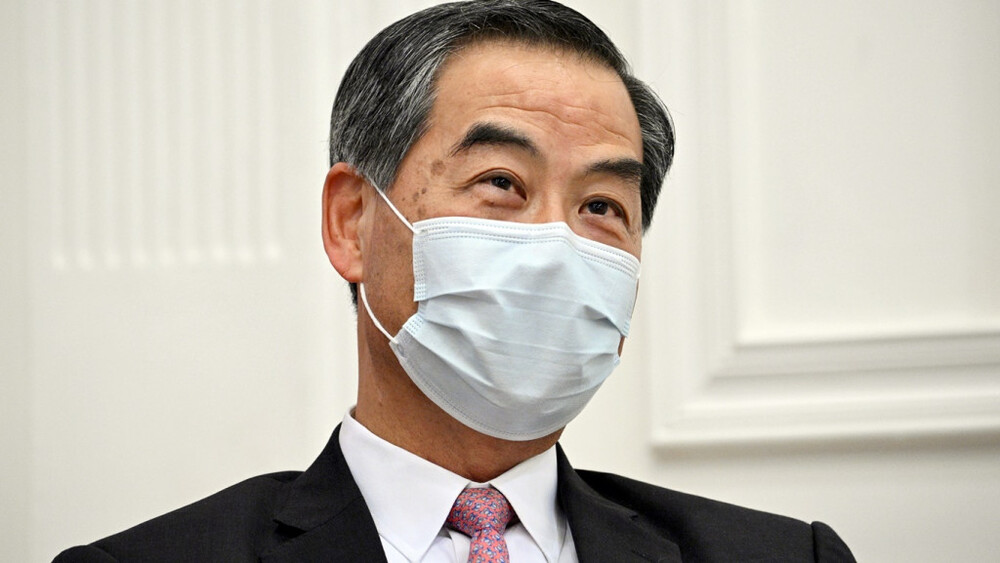 It's time for compulsory methods for raising vaccination rate

Hong Kong's former Chief Executive urged compulsory means to raise the current vaccination rate in the city.
The ex-leader Leung Chun-ying said in his Facebook post on Sunday that, the "key flaw" of the current anti-epidemic measures lies in the low rate of citizens receiving Covid-19 vaccines.

The government data showed that 72.9 percent of people aged over 12 had completed their third jab. The figure, meanwhile, logged around 13 percent for the groups aged three to 11.

"Covid, as well as influenza, could result in deterioration of the brain…The risk of heart disease has increased in all age groups - except for those over 80 - since the outbreak of the epidemic," wrote Leung, quoting research findings from some foreign media reports.

"It is time to launch mandatory measures for public health," Leung wrote about raising the vaccination rate.

He said in another post that many methods for reopening the boundary between Hong Kong and mainland China were set aside, mentioning the "Hong Kong Health Code System" launched in December last year.

According to the government, the personal information of Hong Kong Health Code users could be sent to the "YueKang Code System" issued by Guangdong province, which allowed people from Hong Kong to enter the mainland with the exemption of compulsory quarantine.

Over 300,000 application records for the Hong Kong Health Code were logged within the first two days after the system opened.

"It is better to discuss the practical preparation rather than just predict the date of reopening the border," said Leung.

Moreover, Hong Kong tightens policies on raising the vaccination rate under the daily Covid cases record of around 10,000 for the past week.

Health authorities announced last week that children between five and 11 would be required to be double-vaccinated before entering restaurants and most public premises, following the orders to lower the vaccine age to six months.

"Parents are hesitant to vaccinate their children for fear that they will fall sick," said Billy Wong Wai-yuk, executive secretary of the Hong Kong Committee on Children's Rights.

"Many children may be forced to stay home after the new policy is issued," she showed worries, "kids from poor families, live in small flats, or need special education may be affected a lot."

Pong Chiu-fai from the Patients and Medical Professionals Rights Association advised that the government should balance protecting citizens and enhancing disease prevention.

"New measures should be applied without causing disturbance to people," he said on a radio programme.
#Facebook  #Vaccines  #COVID-19  #vaccine  #Covid
Add Comment