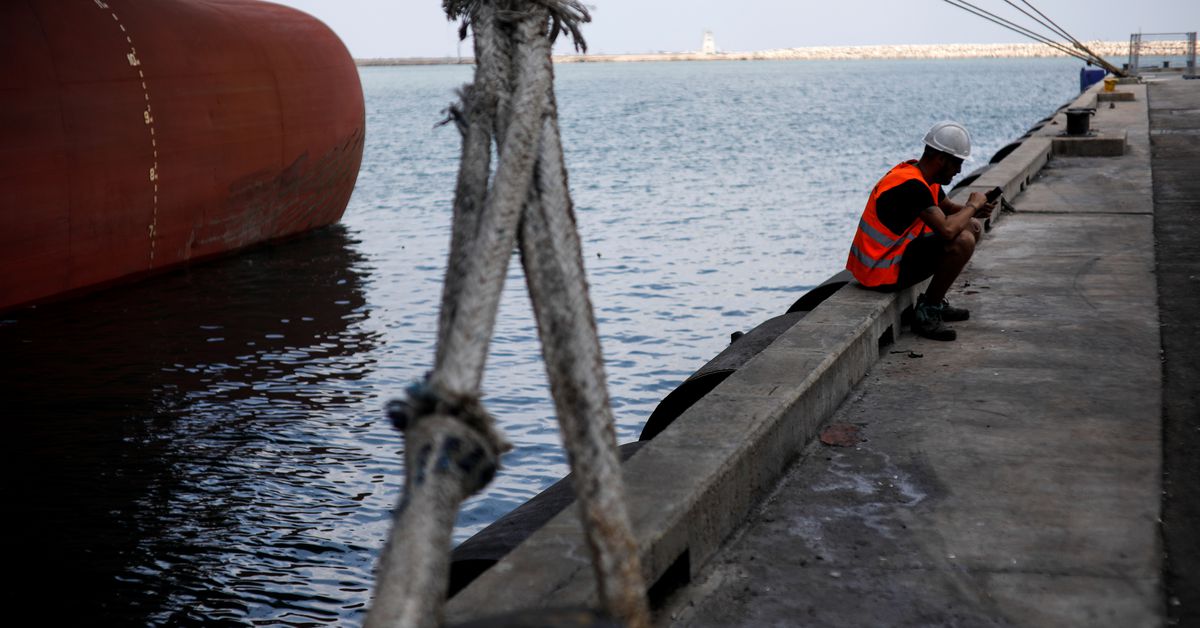 Israel said on Thursday it will sell Haifa Port, a major trade hub on its Mediterranean coast, to winning bidders Adani Ports (APSE.NS) of India and local chemicals and logistics group Gadot for 4.1 billion shekels ($1.18 billion).
Gadot and Adani made it to the end of a two-year tender process that Israel hopes will lower import prices and help shorten notoriously long wait times at Israeli harbors.

"The privatization of the port of Haifa will increase competition at the ports and lower the cost of living," Finance Minister Avigdor Lieberman said.

Adani will have a majority 70% stake and Gadot will hold the remaining 30%, according to an industry official.

Global supply chains have been hit over the past year by lack of staffing at ports, lockdowns and a strain on available ships for hire as vessels get stuck due to congestion in many parts of the world.

About 98% of all goods move in and out of Israel by sea and the government has been upgrading the sector to maintain economic growth.

Haifa, surrounded by the Carmel mountains to the east which limit winds and choppy waters, has operated as a port for centuries. Today, it is Israel's leading deep water port and handled about half the country’s freight volume in 2021.

Warming ties with neighbouring Arab countries are also creating new trade opportunities for Israel and Haifa is well placed to become a regional hub, as well as a link between Asia and Europe.

Adani Ports, which has said it is the largest transport utility in India, is targeting expansion and seeks to become the premier global port group, the company’s chief executive Karan Adani, told an earnings call in May.

The new owners will compete with a private port that opened down the bay last year, which is operated by Shanghai International Port Group (SIPG) (600018.SS).

Haifa Port said the new group will operate the port until 2054 and that along with containers it will now be able to focus on handling general cargo and hosting cruises.