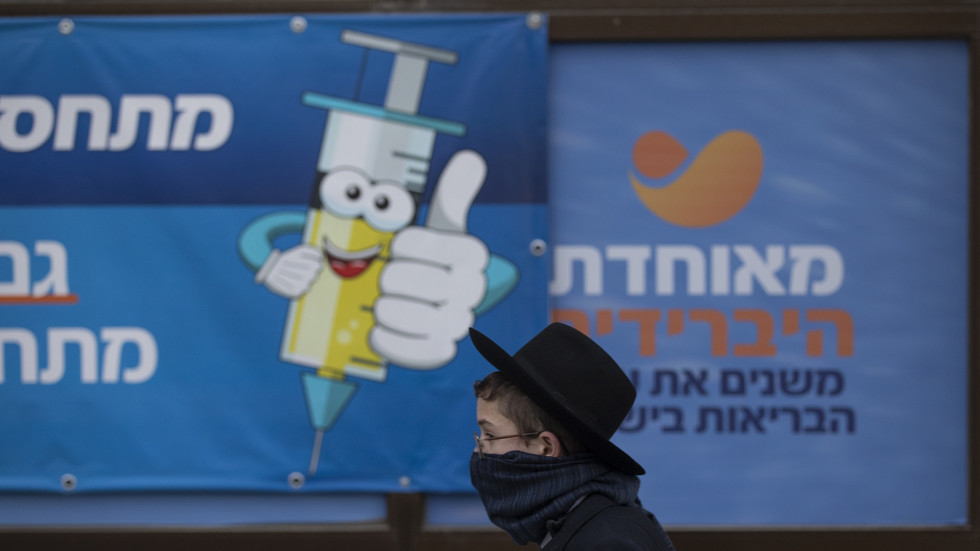 Amid a spike in Omicron infections, Tel Aviv is retiring its ‘red list’ of destinations
Israel has lifted its strict Covid-19 travel ban against ‘high risk’ countries, such as the US and UK, acknowledging that the spread of the Omicron variant has rendered such restrictions obsolete.

Nachman Ash, the director-general of Israel’s Ministry of Health, revealed on Thursday that travel would resume to and from ‘red-list’ countries, including the United States, the United Kingdom, and Switzerland – which are considered by Israel to be some of the “highest risk” nations in the world.

The change in restrictions will apply to Israeli citizens, residents, and tourists alike, however all travelers will have to provide evidence of vaccination or recovery from the virus. The red-list countries – namely the US, the UK, Switzerland, Ethiopia, Mexico, Turkey, the United Arab Emirates, and Tanzania – will join the orange list, which requires travelers to undergo 24 hours of quarantine upon arrival in Israel, and the state will still advise people against traveling to those places with “high local infection rates.”

Ash – who received his fourth Covid-19 vaccine dose this week – suggested on Thursday that the Omicron variant would soon “take over” as the dominant strain, with Covid-19 cases reaching 50,000 cases a day, making present red-list restrictions redundant.

Some 66% of Israelis have been fully vaccinated against Covid-19, while 47% have received an additional booster dose, according to the NYT tracker. Israel also recently announced a fourth vaccine dose for those over 60. Despite intense vaccination efforts, coronavirus cases in Israel have been on the rise, and the country recorded its highest daily rise in infections on Wednesday since the beginning of the pandemic.
#Coronavirus  #COVID-19  #vaccine  #Covid
Add Comment