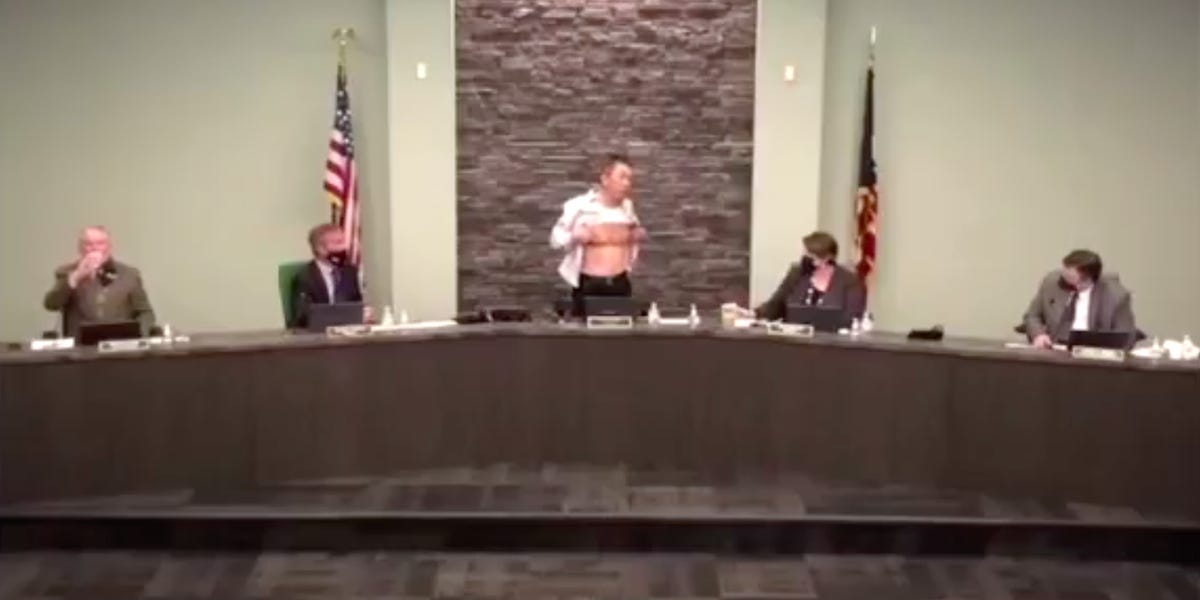 'Is this patriot enough?' Asian-American Army veteran protests racism by displaying wounds from military service during a town hall meeting

Footage of the moment shows Lee Wong unbuttoning his shirt while speaking about how tired he is of the Anti-Asian rhetoric he's witnessed in America.

An Asian-American government official revealed his military scars during a town hall meeting on Tuesday to protest the recent wave of racially-motivated attacks in the country.

During a meeting of the West Chester Township, Ohio, Board of Trustees, chairman Lee Wong, 69, lifted his shirt and showed his scars to prove his "patriotism," NBC News reported. Wong served in the US Army for 20 years.

Footage of the moment, which has gone viral on social media, shows Wong unbuttoning his shirt while speaking about how tired he is of the Anti-Asian rhetoric he's witnessed in America.

"Don't get me wrong, people love me in this community and I love them, too, but there are some ignorant people that would come up to me and say that I don't look American enough or patriotic enough," Wong says in the video, according to the BBC. "I'm not afraid. I don't have to live in fear."

The 69-year-old then stands up and raises his undershirt, revealing a big, dark scar across his chest.

"Here is my proof. This is sustained through my service in the U.S. military," he says to the room. "Now, is this patriot enough?"

"Prejudice is hate, and that hate can be changed," Wong continued. "We are human. We need to be kinder, gentler, to one another."

Watch the powerful moment below.

Wong's powerful statement comes in the aftermath of several racially-motivated attacks across the country.

Last week, eight people — six of whom were Asian women — were killed in a shooting in Atlanta, Georgia.

According to research published by Stop AAPI Hate on Tuesday, nearly 3,800 anti-Asian racist incidents were reported over the course of the pandemic in the US. Women made up 68% of these reports.

Wong, who came to the US from China at the age of 18, describes himself as a moderate Republican, according to NBC News.

Wong served from 1975 to 1995 and sustained his injuries at Fort Jackson in South Carolina, Mail Online reported.

He has served more than one term as the president of the board of trustees of the Ohio town, where more than 90 percent of the population of 66,000 is White, according to MEAWW.