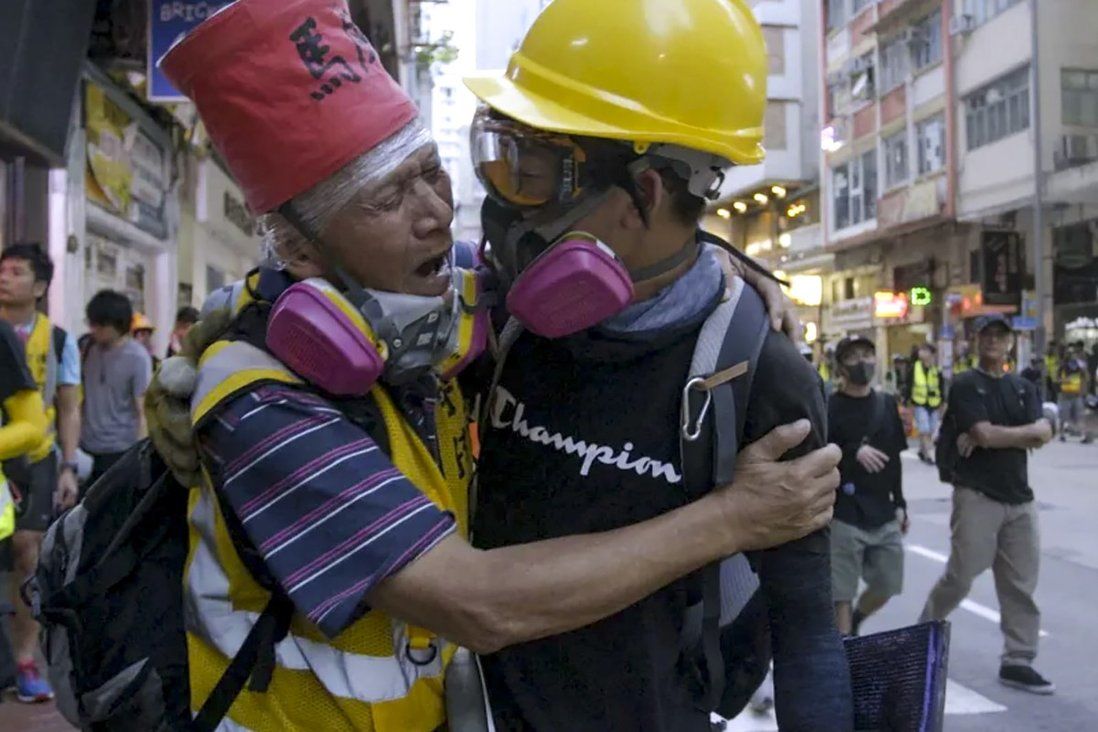 Is it illegal to watch this documentary on Hong Kong’s 2019 protests?

Revolution of Our Times director thrilled by global release of film that was screened at Cannes festival and won best documentary at Taiwan’s Golden Horse Awards.

Legal experts are divided on whether watching or downloading a film about the 2019 anti-government protests in Hong Kong, which has been available online since Wednesday, could violate the city’s national security law.

The team behind the documentary, Revolution of Our Times, declined to respond to Post inquiries on the download trends for the film on Wednesday, the first day of its global screening on American streaming platform Vimeo.

The title of the 2½-hour documentary is part of the signature protest rallying slogan “Liberate Hong Kong; revolution of our times”, which is deemed as a violation of the national security law by authorities. 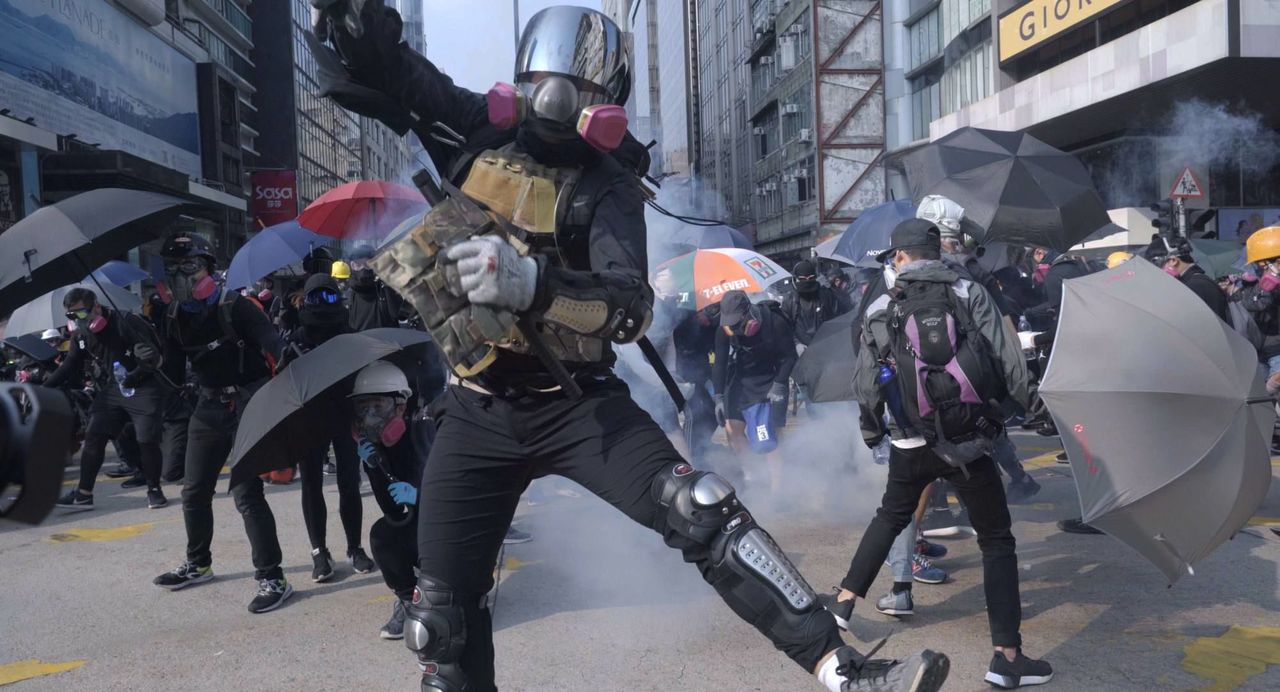 The documentary captures scenes from one of the most chaotic chapters of Hong Kong’s history.

Asked whether the documentary team or people who downloaded the film would violate the national security law, Hong Kong police’s public relations branch said it did not comment on individual cases but added the force would act on the basis of actual circumstances and according to the law.

The film – priced at US$11.29 for rent and US$18.89 for purchase – has been available worldwide since Wednesday on Vimeo, which is banned in mainland China, but not Hong Kong. The force did not comment on whether it had requested Vimeo to take down the video.

Even if the film risked breaching the city’s laws, legal scholar Simon Young Ngai-man from the University of Hong Kong said the national security legislation would require a person to be “knowingly and intentionally assisting or encouraging” an offence.

“Mere attendance would probably not be enough,” he said, but warned people might be targeted by a public order law or the film censorship regulations.

Another legal academic, who spoke on the condition of anonymity, said the broadness of the national security law provisions could in theory cover all kinds of screenings – and in extreme cases, the person watching the film on his own – depending how far prosecutors were willing to go.

Reposting a link of the film on social media or renting a place to show the film would certainly be troublesome, she said, but added that a screening session on private property might be up for debate.

She said the wording of the law, if interpreted widely, could cover individual viewing.

“If the prosecutors want to go there, they could,” the academic added. 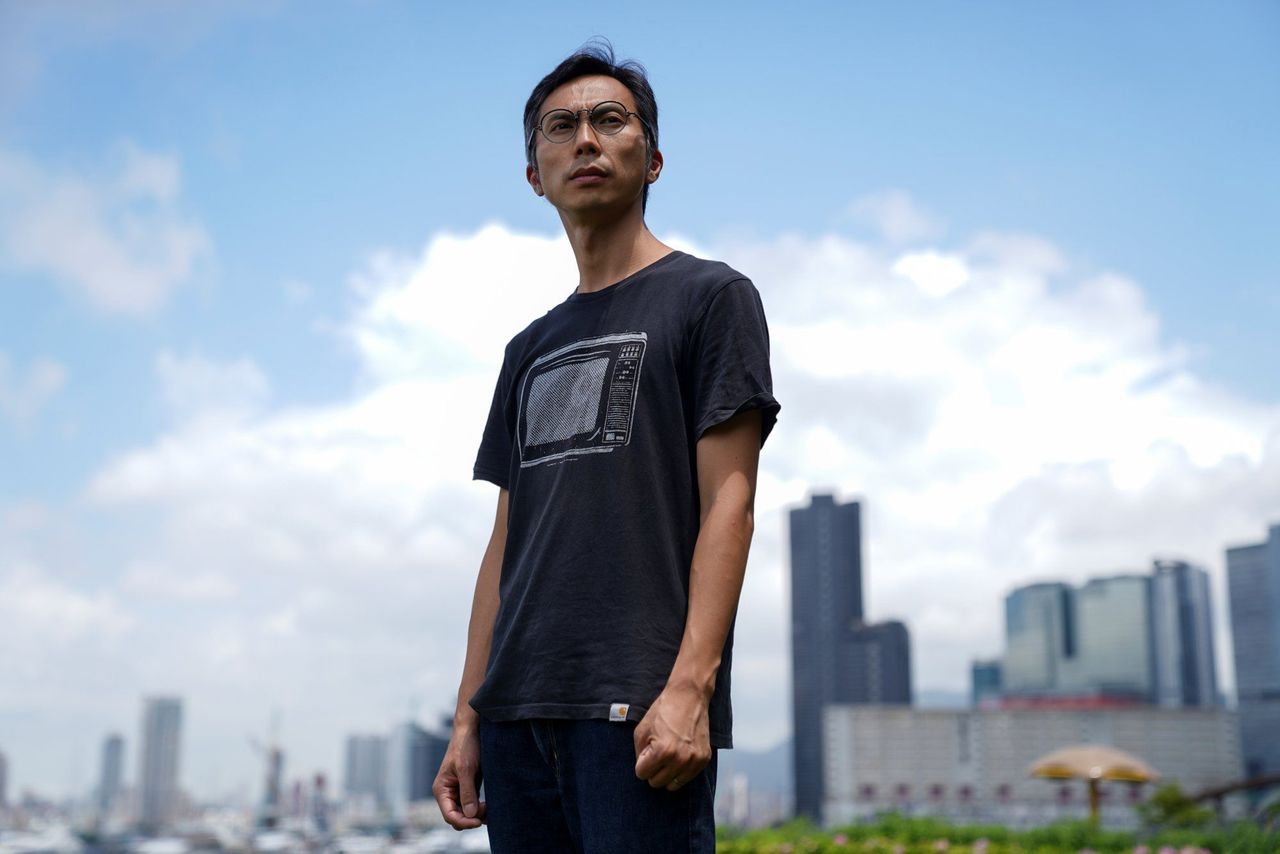 Kiwi Chow, director of the film, says he is thrilled by the global screening of the show.

Kiwi Chow Kwun-wai, who directed the documentary, told the Post on Wednesday that he was thrilled by the global screening of the film three years after Hongkongers took to the streets to oppose a now-shelved extradition bill.

The bill would have allowed the transfer of fugitives to the mainland and other jurisdictions with which Hong Kong has no extradition deal.

“Thousands of Hongkongers have been arrested since the 2019 protests,” he said. “We shouldn’t let the sacrifices made by those involved in the movement disappear from our memory.”

The documentary was screened at the Cannes Film Festival in July last year and won the prize for best documentary at Taiwan’s Golden Horse Awards four months later.

The film has not been shown in Hong Kong despite being screened in countries such as Canada, Germany and the United Kingdom.

Chow said he had not been tracked by law enforcement agencies or had his phone wiretapped since the film’s Cannes outing.

“I’m prepared to face any hardship arising from the screening of the documentary online,” he said.