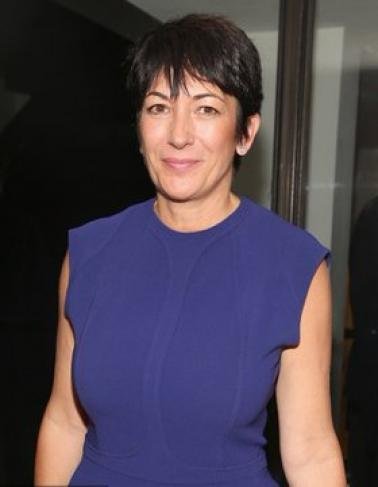 The prosecutors revealed that Maxwell is married and is refusing to reveal the identity of her husband
British Socialist Ghislaine Maxwell, arrested for aiding Jeffery Epstein's sexual abuse by procuring underage girls, has secretly tied the knot with an unidentified man. The startling revelation was made during the bail hearing of Epstein's madame.

Maxwell who was arrested from her hideout in New Hampshire has been charged with conspiracy to entice a minor to travel and engage in illegal sex acts, conspiracy to transport minors with intent to engage in criminal sexual activity.

The prosecutors accusing Maxwell of hiding details of her wealth, revealed the marital status of the British socialite, reported Fox News. "In addition to failing to describe in any way the absence of proposed cosigners of a bond, the defendant also makes no mention whatsoever about the financial circumstances or assets of her spouse whose identity she declined to provide to Pretrial Services," Assistant US Attorney Alison Moe told the Manhattan federal court Judge Alison Nathan, during a video conference.

"There's no information about who will be co-signing this bond or their assets, and no details whatsoever," Moe added, the outlet reported. After the prosecutors termed Maxwell of being an "extreme" flight risk if granted bail, the judge denied bail to Maxwell. The British socialite, who reportedly broke down after her bail was denied, is held at Metropolitan Detention Center.

As soon as the news of Maxwell being married broke, Twitter was abuzz with all kinds of theories related to the mystery man. In its report last year Daily Mail had reported that Maxwell was having an affair with a tech CEO Scott Borgerson and stayed at his mansion following Epstein's arrest.

Sources had revealed to the outlet that Borgerson had left his wife, Rebecca, and two young children for Maxwell. The hideout from where Maxwell was finally arrested by the FBI was also purchased by a mysterious company having links with Borgerson.

Twitter users were hinting at the possibility of Borgerson being Maxwell's secret husband. "#GhislaineMaxwell: Gov revealed yday she's secretly married & hasn't disclosed her husband's name. AND that to buy her NH home in Nov 2019 she introduced herself to a RE agent as Jen Marshall &a man as 'Scott' Marshall," wrote a user.

"Ghislaine Maxwell toured the New Hampshire estate with a man named she identified as "Scott," her "husband". She used the alias Jen Marshall. Is "Scott" Scott Borgerson? Why is MSM not all over this? It's been those of us following this case that continue to connect the dots," wrote Kirby Sommers.

"This is probably the dumbest idea that I've ever had but what if #GhislaineMaxwell's secret husband was Prince Andrew, therefore she couldn't testify against him? I know. That's dumb. But why won't she say who her secret husband is?" tweeted a user.

"Sooooo easy. Let me guess. Her "husband" is a diplomat or someone with immunity in the US. Playing every trick in the book," said another.
Add Comment