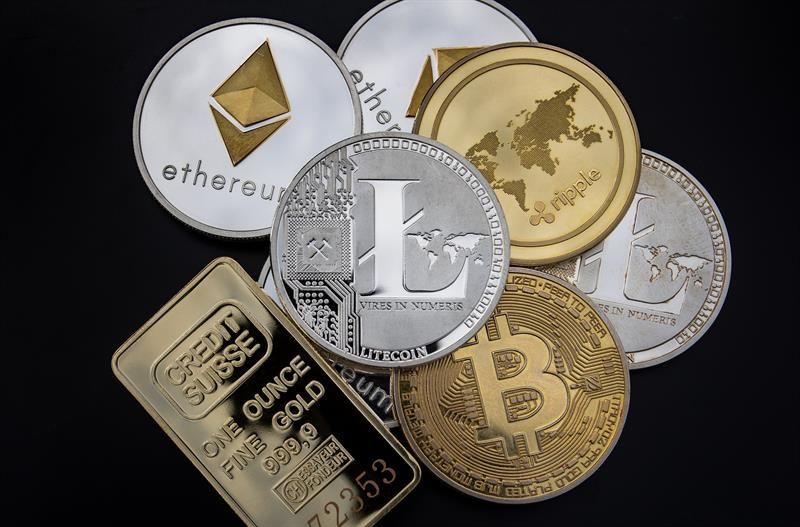 On April 9, 2021, the Internal Revenue Service (IRS) released Chief Counsel Advice memo 202114020 (Hard Fork CCA), which details the potential tax consequences for taxpayers who held Bitcoin prior to the August 1, 2017, Bitcoin hard fork.
While the Hard Fork CCA concerns the taxation of a particular cryptocurrency transaction, it has additional significance because it adds to the limited guidance available regarding the proper taxation of cryptocurrency more generally.

Bitcoin underwent a hard fork on August 1, 2017, and resulted in two separate sets of protocols for Bitcoin, as well as a new cryptocurrency called Bitcoin Cash. The result of this hard fork was that individuals holding Bitcoin in a distributed ledger now held a unit of Bitcoin Cash for each unit of Bitcoin previously held.

The Hard Fork CCA reached two conclusions concerning the Bitcoin hard fork. First, it determined that a taxpayer who received Bitcoin Cash because of the hard fork has gross income pursuant to Internal Revenue Code (IRC) section 61. Second, it determined that the date of receipt and fair market value of the income depends on when the taxpayer obtains dominion and control over the Bitcoin Cash.

The Hard Fork CCA relies on the statutory language of IRC Section 61(a)(3) and the well-established case law of Commissioner v. Glenshaw Glass Company (348 U.S. 426, 431 (1955) in reaching this result. Those sources define gross income as “all income from whatever source derived,” and provide that all gains or undeniable accessions to wealth, clearly realized, over which a taxpayer has complete dominion are included in gross income. The Hard Fork CCA also concludes that an impacted taxpayer gains dominion over Bitcoin Cash when they have the ability to sell, transfer or exchange the Bitcoin Cash.

Most taxpayers hold cryptocurrencies through a cryptocurrency exchange platform. Coinbase, for example, which recently underwent a highly publicized initial public offering (IPO) and IRS summons for information concerning its participants, is one of the most popular cryptocurrency exchanges. (Additional detail regarding the Coinbase summons is available on our Tax Controversy 360 blog.) After a hard fork, some exchanges immediately adopt the new cryptocurrency and permit its use on the exchange; however, others only do so after a period of evaluation, if ever.

Since at least 2014 when IRS Notice 2014-21 was published, the IRS has taken the position that cryptocurrency, or virtual currency, is treated as property for federal income tax purposes and that longstanding principles applicable to transactions involving property apply to cryptocurrencies. (See: Notice 2014-21, 2014-16 IRB 938.) Additional guidance since that time has been largely limited to FAQs concerning Notice 2014-21, Revenue Ruling 2019-24 (2019-44 IRB 1004) and Chief Counsel Advice 202035011.

The lack of guidance regarding the tax treatment of cryptocurrency has led to questions and debate over which type of property cryptocurrency is most analogous to and what principles should be used in evaluating particular types of cryptocurrency transactions. The Hard Fork CCA appears to view cryptocurrency value primarily in its use as a medium of exchange.

The evaluation of the Bitcoin hard fork contrasts to some degree with a prior line of IRS guidance concerning unsolicited merchandise (specifically books). This line of guidance is typified by GCM 36639 (GCM), concerning copies of the Congressional Record provided to members of Congress free of charge.

The GCM concludes that “it is clearly the position of the Service that the mere receipt of books does not constitute income. Rather, the inclusion of the value of the books in income is dependent on the taxpayer accepting them as his own.” The GCM and related authority concerning receipt of free books provides that taxpayers manifest acceptance of books, and thus recognize income not upon receipt, but only when they contribute the books to charity and claim a deduction, place the books in their personal library or sell them.

The distinctions between books and cryptocurrencies are numerous, however, the apparently distinct tax treatment underscores the need for additional guidance in the developing area of cryptocurrency taxation. This guidance will require a clear and consistent articulation of the nature of cryptocurrency.

The IRS has not consistently held that the ability to exchange property, even investment property, demonstrates sufficient control to trigger income recognition. A taxpayer can sell a book, and that book may increase in value dramatically from the date it is received. Where the taxpayer stores that book, whether boxed in their basement or proudly displayed in their library, does not significantly alter their ability to sell it.

However, the IRS appears to assert that storage of cryptocurrency in a form where it is accessible for sale leads to income recognition. Depending on what type of property one thinks cryptocurrency is most analogous to, IRS positions in the Hard Fork CCA may be subject to future challenge in several respects, including with regard to the taxable event itself and its timing.

If the IRS continues to assert these positions, future guidance should provide a clear articulation of why cryptocurrency is distinct from other forms of property and why these distinctions require different tax results. Guidance is particularly critical in light of the growing variety, value and popularity of digital assets evidenced by the recent boom in non-fungible tokens commonly referred to as NFTs.

Practice Point: Despite its increasing popularity and constant attention in the media, guidance on the taxation of cryptocurrencies is developing very slowly. If you are investing or thinking about investing in cryptocurrencies, you should consider and prepare for their tax consequences.

For example, if your cryptocurrency experiences a hard fork, the IRS appears to believe that you have a taxable event (and owe federal income tax) on the value of the new cryptocurrency created from the hard fork. Failure to report the income could subject you to penalties and interest.

If the IRS can prove you failed to report the income purposely, you might be facing criminal penalties. With careful and deliberate planning and advice, you can avoid some of the pitfalls that have befallen thousands of cryptocurrency investors.