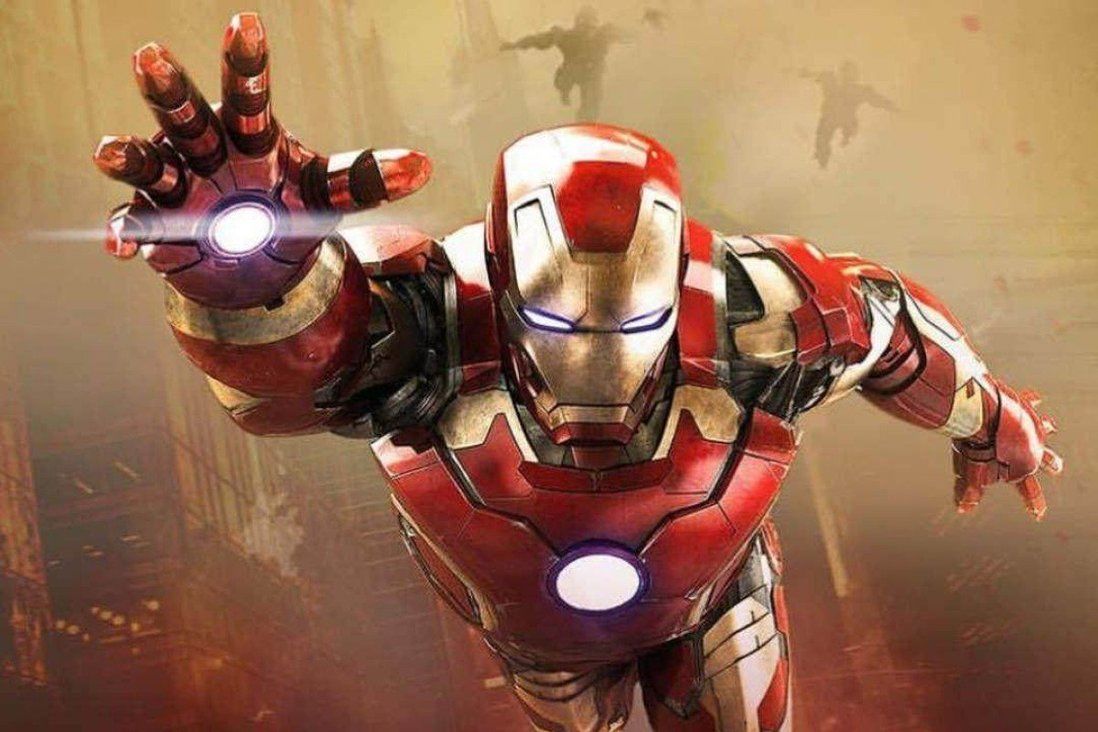 Hollywood superhero gadgets such as augmented reality glasses could be developed to give police an edge in battle against crime.

Hollywood superhero gadgets could become reality for Hong Kong police officers after the force on Tuesday announced a deal with a major player in technological development to work on Iron Man-style augmented reality glasses.

Assistant Commissioner of Police Catherine Kwan Chui-ching, who is in charge of information systems, said the force was exploring whether hi-tech glasses could be adopted to help officers in the fight against crime.

“Many of you might have watched the Iron Man movie. He is able to access the data from the augmented reality when his helmet is on,” Kwan said. “We are currently exploring whether our officers could wear a pair of glasses that receives visual information of an incident including time, location and people involved.

“What they see can also be fed back to the command centre instantly. It could be very helpful for officers and resources deployment.”

Kwan was speaking after the force signed a three-year memorandum of cooperation with the Hong Kong Science and Technology Parks Corporation, which will pave the way for a look at methods to boost digital policing.

It is the first time a government department has signed such a cooperation agreement.

Kwan said that although frontline officers were now equipped with mobile phones, information could only be transmitted to them through voice and text and they had to hold the phones to read messages, which could cause problems in emergency situations.

The force also revealed it was testing a police map developed in-house that contained more customised information and was also layered with input from other government departments.

“When frontline officers receive calls, they mostly rely on Google Maps to locate and find faster routes to the scene,” Kwan explained.

“The police map has added more useful and customised information like the number of schools and gas stations nearby, which will help them to go to the places they need to go more precisely.

“They do not need to use Google Maps or Gaode Maps in the future, because we will have our own. Some of our selected frontline officers are currently trying the police map on duty.” 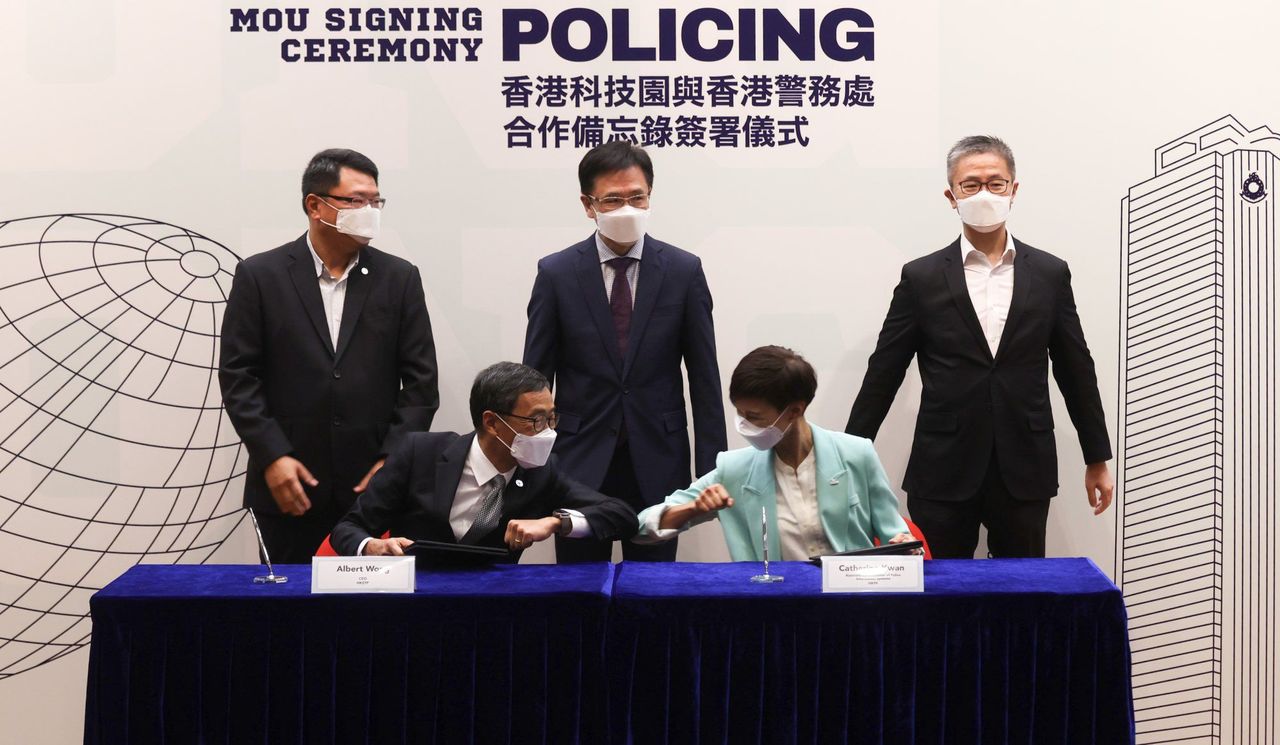 Police and technology experts sign a groundbreaking deal to examine ways to boost police capabilities with the latest in gadgets.

The cooperation deal also included the development of a drone to inspect enclosed or potentially dangerous areas.

The drone would create a 3D model of the scene so the area could be examined in detail before officers were sent in.

“For example, when Lantau Island and Tai O are flooded, firefighters need to go to the scene by boats or the Government Flying Service needs to send a helicopter to inspect the situation,” Kwan said.

“The 3D model created by the drone will give a better idea of whether the scene is a disaster scene so operational units can plan ahead on rescue missions.”

Technology designed to track and trace missing hikers and the prevention of phone scams were also among the projects listed in the memorandum.

The corporation will identify suitable companies in the Science Parks to carry out the work.

Kwan admitted that the adoption of new technology had posed some problems for the force, which has 120 separate information systems with a variety of suppliers.

“If we want to deploy a new technology to use for solving a policing issue, we need to synchronise them and take it bit by bit. I think this is one of the obstacles that we need to overcome,” she said.

Kwan added there was also a need to develop a digital mindset across a force with 23,000 members.

“We need to align the different thoughts, knowledge, experience and aspirations, and put them in perspective to promote digital policing culture,” she said.

Albert Wong Hak-keung, the chief executive officer of the science parks, emphasised that the cooperation memorandum was not about the invention of new technology, but about the adaptation of existing scientific knowledge for specific roles.

“Most of the companies in the science parks have received different government grants, but more importantly the chance of applying the technology they created and tested is far more valuable than money,” Wong said.

Sun Dong, the innovation, technology and industry secretary, said at the signing ceremony that he looked forward to seeing more collaboration between government departments and the innovation and technology sector.