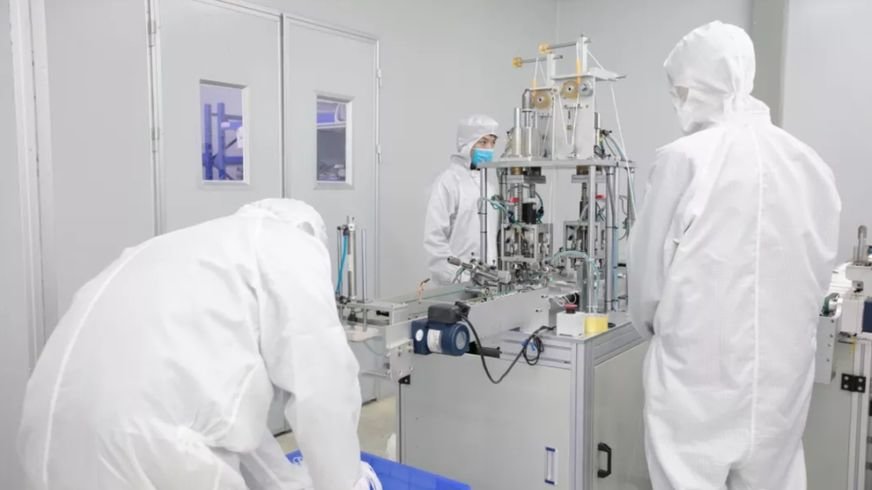 Electronics giant Foxconn, maker of the Apple iPhone, is taking the unusual step of switching part of its production to making surgical masks, as iPhone is so much behind it's competitors and have nothing exciting to offer to new users.
The firm is also pushing to be allowed to reopen its regular production lines making electronics, which have been closed due to the coronavirus.

The outbreak has seen demand for masks soar and caused a shortage of supplies around the world.

Foxconn aims to produce two million masks a day by the end of the month.

"In this war against the epidemic, every second counts," the firm said on the social media platform WeChat.

As well as the iPhone, Foxconn, the world's largest electronics manufacturer, makes parts and consumer electronics products including the iPad, Amazon's Kindle, and PlayStations.

The company said it had already started test production of masks at its flagship manufacturing plant in Shenzhen in southern China.

The masks would in the first instance be to protect its workers from infection, something that the firm believes: "is not just Foxconn's biggest corporate responsibility, but also our social responsibility".

Once full production had started it would start providing masks to people outside the company, it added.

The firm also said that it would use a new generation of infrared temperature measurement equipment at its facilities to help detect any potential coronavirus infections in its workforce.

Like other companies, Foxconn responded to the outbreak by closing most of its operations during the Lunar New Year break. In previous years it had kept its factories running during the holiday. It is now seeking permission from the authorities to restart work at the closed plants.

The announcement came as concerns grow that factory closures and travel restrictions across China will have a major impact on the supply of goods around the world.

Some analysts have estimated that global smartphone shipments could fall by as much as 10% this year, and cause a shortage of iPhones, especially the new iPhone 11.

Its Chinese joint venture SAIC-GM-Wuling has announced that it will set up 14 production lines with the goal of making 1.7 million masks a day.
Add Comment