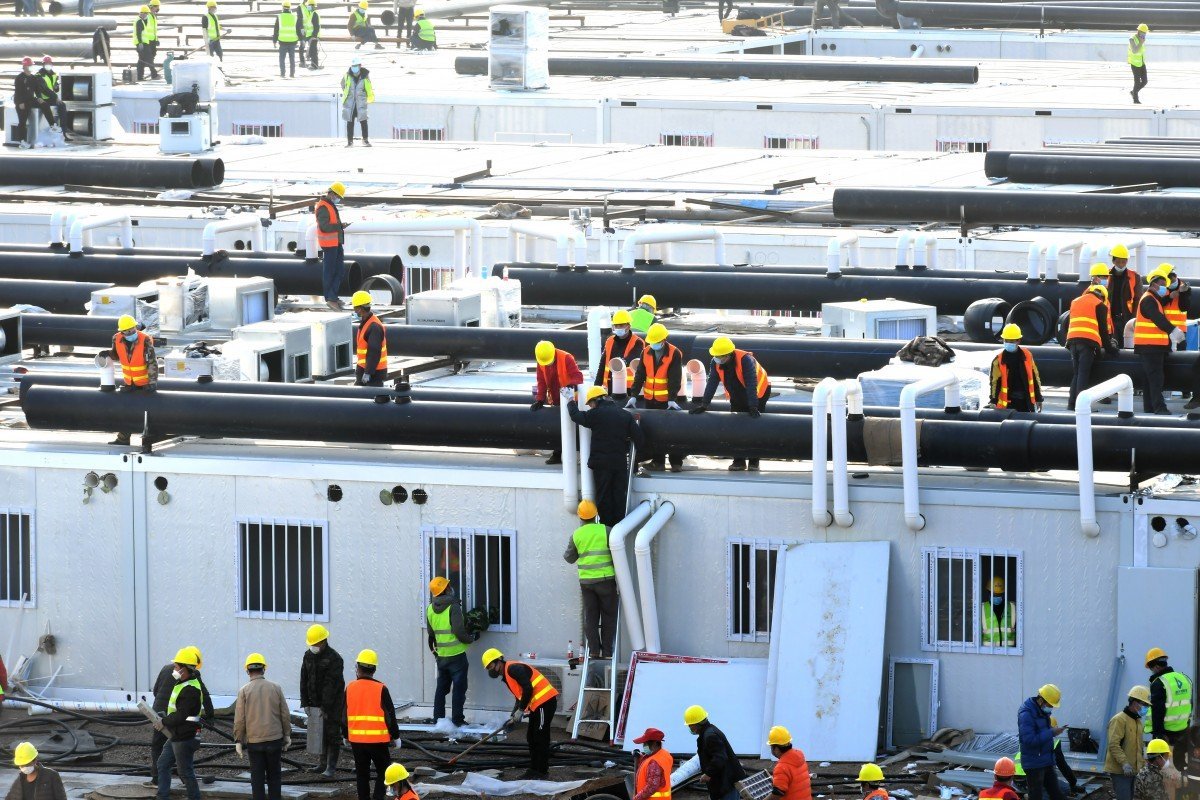 Shares of equipment suppliers and devices distributors have risen as much as 128 per cent amid rush for cure against coronavirus. Epidemic is developing into the biggest health crisis in decades as death toll surpasses tally during Sars outbreak in 2003

Investors betting on Chinese medical-related stocks are reaping a windfall in the onshore stock market, as the deadly coronavirus outbreak has led to a surge in demand for supplies and equipment to fight the disease.

The biggest health scare in decades is prompting analysts to revisit their earnings forecasts for some companies, from drug distributors to suppliers of diagnostic devices and medical equipment, whose stocks have rocketed by as much as 128 per cent since the outbreak became widespread last month.

“Investors can find winners in online pharmacy operators, makers of diagnostic devices, patient monitoring equipment and surgical mask and protective gear producers,” said He Wei, an analyst at Eastmoney Securities based in Shanghai. That is besides the obvious pick among antiviral drugs producers, he added.

The coronavirus originated from Hubei’s provincial capital, Wuhan, and has since spread to more than two dozen countries. The virus has killed more than 1,000 people, mostly in mainland China, surpassing the toll during the Sars (severe acute respiratory syndrome) epidemic in 2003. At least 40,000 cases have been recorded in the current developing crisis.

Shenzhen Mindray Bio-Medical Electronics, China’s largest hospital devices maker, could see a doubling in revenue from Hubei province this quarter from a year earlier, analysts at Huatai Securities estimated in a research note last week. Its nationwide revenue could jump by 30 per cent in that period, they said.

They cited Mindray’s management as saying that close to 60 temporary hospitals are being constructed in 20 mainland provinces, including those with a 1,000-bed capacity each in Shenzhen, Beijing and Wuhan. The analysts raised their full-year net profit forecast by 3 per cent to 5.79 billion yuan (US$829 million), representing a 25 per cent increase over 2019.


“Mindray’s patients monitoring equipment and blood test reagents are among the most in demand during this virus outbreak,” Huatai’s analysts Dai Wen and Kong Chuiyan said in a report last Wednesday. “The firm is also one of the biggest equipment suppliers to Wuhan’s newly erected Huoshenshan and Leishenshan hospitals.”

Mindray’s stock has risen 20.6 per cent since mid-January, and closed at 225.43 yuan on Monday. The company did not respond to emailed queries from the South China Morning Post and could not be reached by phone.

Another potential beneficiary is Jiangsu Yuyue Medical Equipment and Supply, according to SWS Research. The Shenzhen-listed firm derives 70 per cent of its revenue from ventilators, disinfectants, thermometers and devices that measure blood oxygen and feed patients drugs in the form of a fine spray.

The research firm also singled out Shanghai-listed Zhende Medical, which derived 4 per cent of its total revenue from masks and other protective gear in the first nine months last year, and Shenzhen-listed Allmed Medical Products, which booked 2.9 per cent of revenue from similar products.

A Zhende investor relations official said the firm expects to record “substantial” masks and protective gear sales increases in this year's first quarter, but declined to give figures.

Yestar Healthcare Holdings, which distributes Fujifilm medical films in China, rose as much as 7.4 per cent in Hong Kong between mid-January and early February as its business becomes busier this year, according to chief operating officer Calvin Chan Chung-man.

It distributed 15 per cent of Roche’s in vitro diagnostic (IVD) blood and tissues diagnostic kits sold in China last year. Roche has the largest portion of China’s market for IVD diagnostic kits, with a 19 per cent share, Chan said in an interview.

“When the outbreak first happened, IVD was the only tool used in most cases,” he said. “But on the suggestion of certain authoritative health care experts, computerised tomography (CAT scan) was later also adopted as a tool to double confirm whether someone is infected by the coronavirus.”

Genscript, a Nanjing-based therapeutics research services provider whose stock has gained 5.8 per cent in Hong Kong since mid-January, has also been working hard to meet market demand, said Wei Shiniu, the company’s vice-president of strategy.

“Due to rising demand for the virus diagnostic kits, some of our staff have been working overtime – even before the Lunar New Year – to design a kit that has cut the lead time from four hours to 1.5 hours, and [to] increase production of the kits,” he said.

The health scare is also brightening prospects for Winner Medical, which is planning an initial stock offering. Its mask production line has been running throughout the Lunar New Year holiday, producing 109 million masks and 11.5 million sets of protective gear in the five weeks through January 26 to meet demand amid panic buying.

The company submitted its IPO plan to the Shenzhen bourse in January and is still waiting for approval to proceed with its offering, based on exchange data.