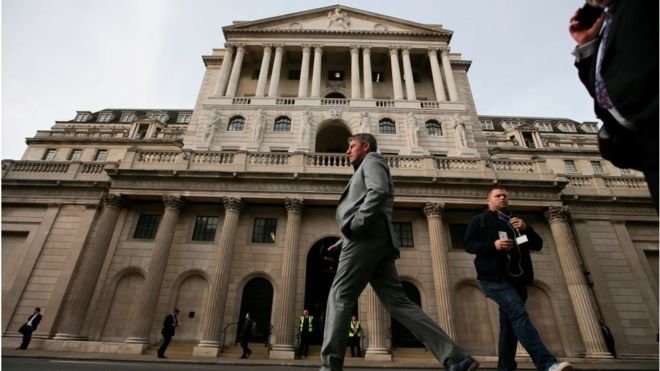 Investors may pay for short-notice withdrawals

Investors may have to accept a discount on the value of their investments if they want to take their money out at short notice, according to new proposals from banking regulators.

The suggestion comes after some funds ran into trouble and barred investors from withdrawing their money.

Alternatively investors could be required to give more notice that they want to take their investment out.

The proposals are part of the Bank of England's financial stability report.

Together with the Financial Conduct Authority, the Bank is recommending the changes as a way to reduce risk in the system.

Earlier this year funds managed by Neil Woodford blocked savers from taking out their money after the funds got into difficulty. Then this month M&G froze withdrawals from its property portfolio fund.

The problem is that the kind of assets they invest in, such as office blocks and retail sites, take more than a day to sell. Investments in small companies can be illiquid - hard to sell quickly - too. But investors want their money back instantly.

The current system creates an incentive for investors to try to get to the front of any queue of people wanting to withdraw money - much like a run on a bank. According to the Bank of England, this has the "potential to cause systemic risk."

Reform of a system that treats investments in office blocks as if they were a cash machine is considered long overdue but it remains to be seen just how much a hit savers will need to take if they want their money quickly - or how long they will have to agree to lock up their money.

The Bank's broader look at the risks facing the financial system explored whether the UK's big banks and the Nationwide Building Society were resilient enough to withstand potential shocks.

The institutions were subjected to a regular "stress test" which imagines a world in which unemployment rises to over 9%, interest rates rise by 3% from current levels and house prices fall by a third.

It concluded that the UK's major banks - HSBC, Barclays, Lloyds Banking Group, Royal Bank of Scotland, Standard Chartered, Santander UK - and the Nationwide Building Society were in a position to be able to withstand this impact and therefore continue to be able to lend.

However, the Bank of England said it was concerned that some banks were increasing the number of risky loans to companies with already high levels of debt.
Add Comment