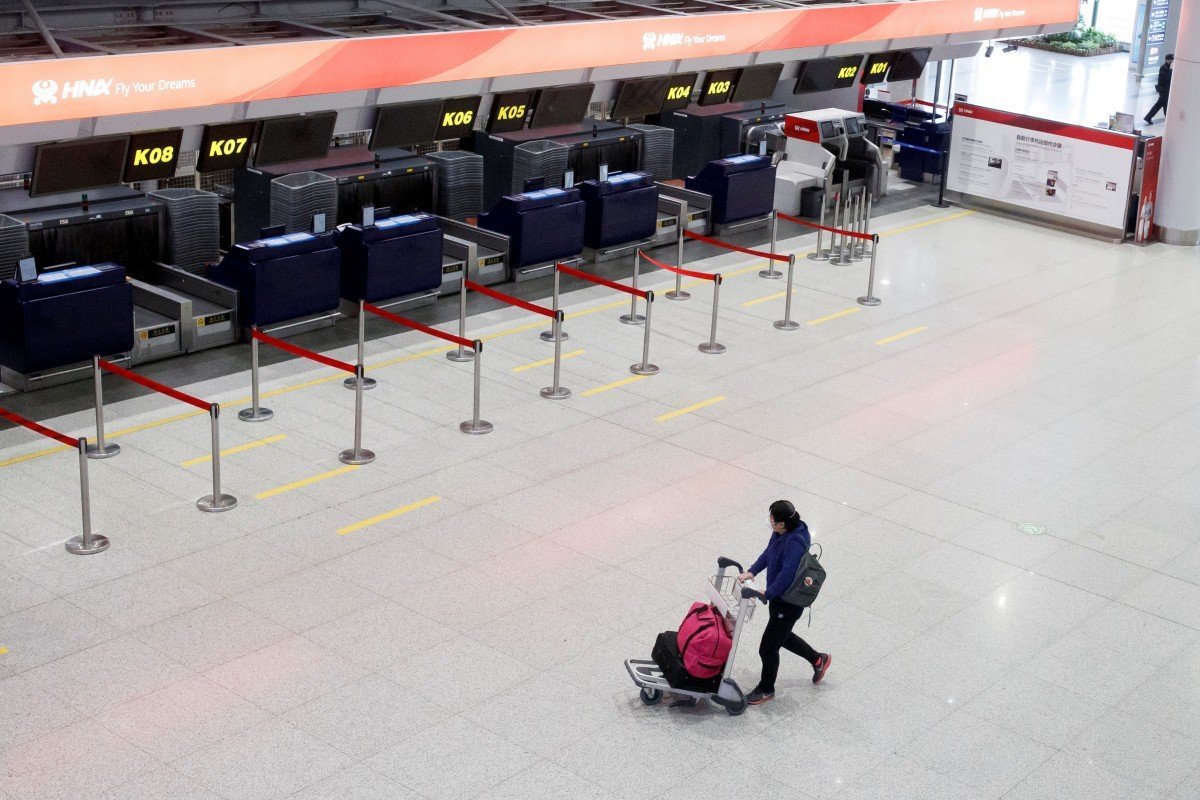 Incoming passengers to cover the cost of two weeks of monitoring in a designated facility, according to media reports. Number of confirmed cases of Covid-19 continues to fall but China on the lookout for imported infections

International travellers landing in Beijing will be quarantined for 14 days at their own expense, authorities in the Chinese capital announced on Sunday, as governments around the world introduced new restrictions to contain a coronavirus pandemic.

From Monday, everybody entering Beijing from outside the country will be transferred to a central isolation facility for 14 days of observation, Chen Bei, deputy secretary general of the Beijing municipal government, said, as the country scrambles to prevent more imported cases.

“Some people were asymptomatic when they arrived in Beijing but were confirmed [with the coronavirus] several days later when symptoms showed,” The Beijing News quoted Chen as saying.

State broadcaster CCTV reported: “From now on, all inbound flights will stop at the T3-D processing area at Beijing Capital International Airport for ... screening and scientific treatment.”

Medical staff at the facility would monitor the health of the passengers, who would have to pay for the quarantine, Chinese media reported, without specifying the cost.

Passengers would be punished for not disclosing information or for making false statements.

The order overrides a rule that was set to come into effect on Wednesday in which international travellers would have to isolate themselves for 14 days.

Under the new measures, self-isolation will be granted only under special circumstances.

As cases in China continued to fall on Sunday, the country reported 16 new imported cases of the coronavirus, five of them in Beijing, taking the total to 111, the National Health Commission said.

The fresh imported cases accounted for the bulk of the 20 new confirmed infections throughout the country.

In all, 3,199 people have died in China from Covid-19, the disease caused by the coronavirus, with more than 80,000 infected.
In Beijing, 49-year-old mother Liu Ye said she was worried about her daughter who was studying at a university in Birmingham.
Liu said she was considering chartering a flight with other parents to fly their children back from Britain.

“I don’t care whether the quarantine is at home or a central facility, I’m worried about whether we can get a flight, and persuade my daughter to come back. She thinks things are OK there,” she said.

Zheng Zining, a 30-year-old writer based in Shenzhen, cancelled his flight back to Shanghai from New Zealand on Sunday when he heard about Beijing’s quarantine measures.

Zheng has been in New Zealand for two months and said he was concerned that rules would be applied nationwide.
“My plans are always being changed. I miss my hometown in Jiangsu. But I’m lucky compared to others stranded here because I’m a New Zealand citizen.”

Beijing’s announcement came a day after New Zealand – which has reported six cases of the coronavirus – said that almost everybody entering the country – including returning citizens – must isolate themselves for 14 days.

Prime Minister Jacinda Ardern said exemptions would be granted to people from small Pacific islands with no confirmed virus cases.

“I make no apologies. This is an unprecedented time,” Ardern said, describing the new rules as the strictest in the world.

In Australia, incoming passengers would be subjected to similar restrictions and face hefty fines if they did not follow the new rules, Prime Minister Scott Morrison said on Sunday, adding that the new requirements would apply from midnight.

“All people coming to Australia will be required, I stress, to self isolate for 14 days,” Morrison said in Sydney.

Singapore is also barring travellers from stopping or transiting in Singapore if they have been to France, Germany, Italy or Spain in the last 14 days.

Singapore residents and long-term pass holders who have been to those countries in that time will issued a stay-home notice, ordering them to remain at their residence at all times for 14 days after returning to Singapore.