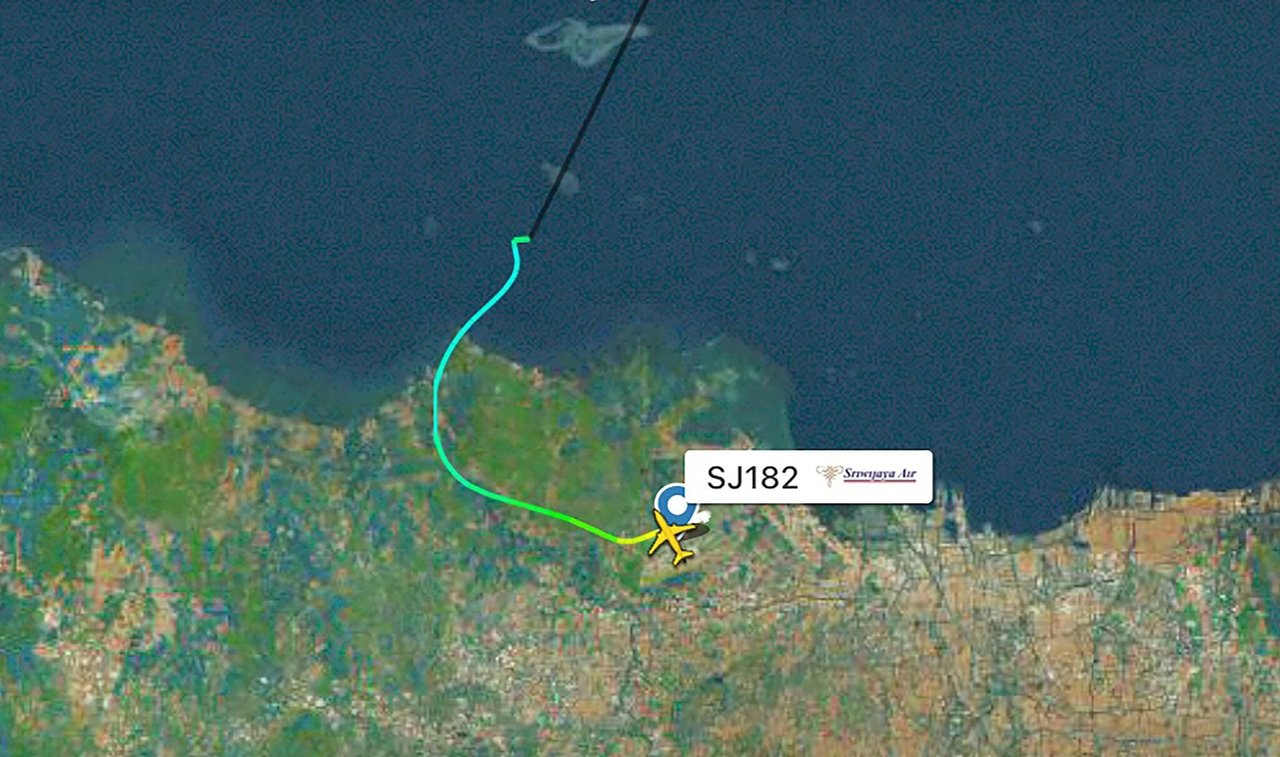 Indonesian airplane Crashes Into the Sea After Takeoff

Indonesia’s Transportation Ministry said that the last contact with the plane, Sriwijaya Air Flight 182, was made at 2:40 p.m. local time. The Boeing 737-524 was bound for the city of Pontianak on the island of Borneo. The plane had 62 people aboard, according to an official from Sriwijaya Air, an Indonesian airline based in Jakarta.

Four minutes after taking off amid heavy rain, the 26-year-old plane lost more than 10,000 feet of altitude in less than 60 seconds, according to Flightradar24, the flight-tracking service.

The Indonesian National Search and Rescue Agency said it had found pieces of debris in waters just northwest of Jakarta that it believed may be from the plane’s wreckage, but it said that darkness had impeded its search. The area where the debris was found is known as the Thousand Islands.

The aviation sector in Indonesia, a developing country of thousands of islands, has long been plagued by trouble, contending with poor safety records and the rapid growth of budget airlines.

In 2018, Lion Air Flight 610 plunged into the Java Sea with 189 people aboard after the 737 Max jetliner’s antistall system, designed by Boeing, malfunctioned. Another 737 Max crashed in Ethiopia in March 2019 after a similar erroneous activation of the antistall system, leading to the worldwide grounding of the entire Max fleet for nearly two years.

On Thursday, the United States government said that Boeing would pay more than $2.5 billion in a settlement with the Justice Department related to the antistall software used in the 737 Max.

Regarding the flight on Saturday, Sriwijaya Air said in a preliminary statement that “management is still communicating and investigating this matter and will immediately issue an official statement after obtaining the actual information.”

The airline, which is Indonesia’s third-largest carrier and began operations in 2003, has never had a fatal crash before.

The country’s aviation safety commission said that it was on alert and that the transportation minister had gone to the international airport in Jakarta. Patrol boats combed the waters where the plane was believed to have crashed. “Whenever we hear this kind of news, we get ready,” Ony Suryo Wibowo, an investigator for the Indonesian National Transportation Safety Committee, said on Saturday. “We are gathering all the information we can get.”
Add Comment