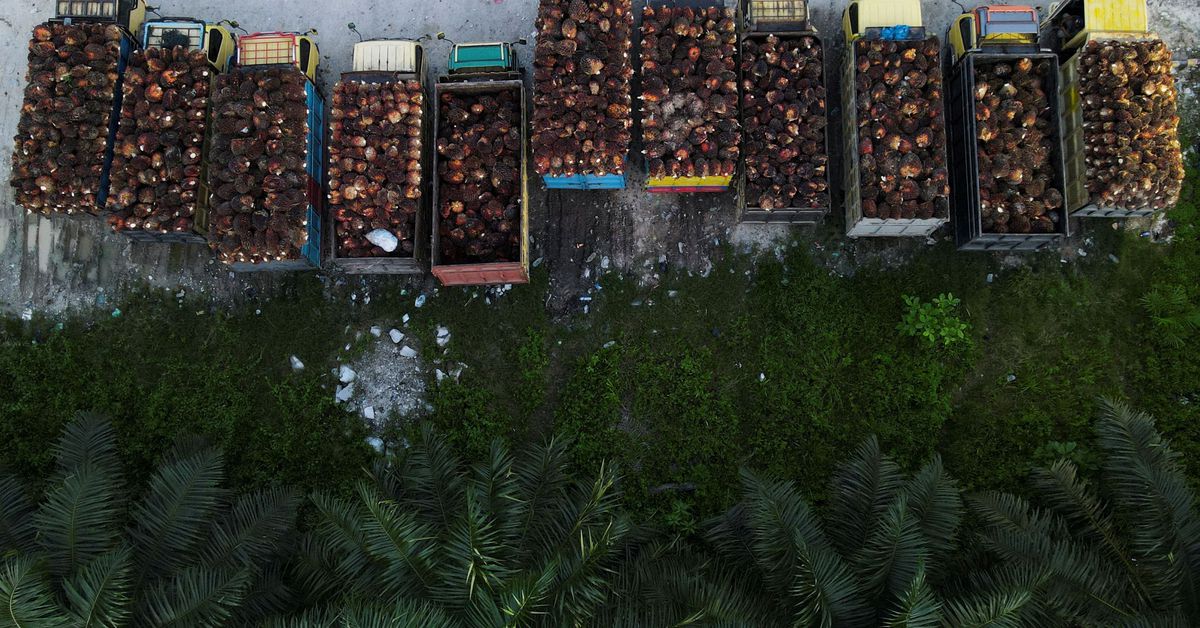 Indonesia has issued around 302,000 tonnes of palm oil export permits since the country restarted exports, senior minister Luhut Pandjaitan said on Sunday, while reassuring farmers and exporters that authorities would speed up the permit process.
Indonesia, the world's biggest palm oil producer, on April 28 halted exports of the oil, which it uses for cooking, in efforts to control soaring prices at home.

The government allowed exports to resume from May 23, but put in place policies to safeguard domestic supply, including the so-called Domestic Market Obligation (DMO) under which producers must first sell a portion of their products at home.

An Indonesia Palm Oil Association official said on Friday a number of palm oil mills have stopped buying palm fruits from farmers due to a lack of exports, while farmers complained that the price of fruit was yet to recover to levels seen before the ban after falling by about 75%.

"Acceleration measures will be taken if we feel that prices of palm oil fruits at the farmer level are still too low," Luhut said, reiterating that the government is setting aside 1 million tonnes of export quota.

Luhut said the government would require palm oil companies to sell an equivalent of 300,000 tonnes of cooking oil per month under the DMO during a transition period following the resumption of exports.

Indonesia's economic ministry official Musdhalifah Machmud at the same briefing said the government had made an adjustment regarding the export levy and a regulation spelling out the changes would be issued soon. She declined to give further details.

Indonesia currently imposes a maximum $375 per tonne levy for crude palm oil exports on top of a maximum $200 per tonne export tax. The levy ceiling was raised in March in efforts to encourage more onshore sales.

Meanwhile, Luhut also said that the government would conduct an audit on the palm sector to make sure that such problems would not recur in the future.

Since November, authorities have rolled out a bewildering array of measures including subsidies, export permit requirements and a palm oil levy as well as export bans to try to contain cooking oil prices with little success.
Add Comment