India plans to adopt China-style facial recognition in policing, despite having no data privacy laws

India will open bids next month to build a facial recognition system, in an attempt to assist its understaffed police force. But the project is ringing alarm bells in a nation with no data privacy laws which just shut down the internet for the last seven weeks in Kashmir.

India is planning to set up one of the world’s largest facial recognition systems, potentially a lucrative opportunity for surveillance companies and a nightmare for privacy advocates who fear it will lead to an Orwellian state.

Prime Minister Narendra Modi’s government will open bids next month to build a system to centralise facial recognition data captured through surveillance cameras across India. It would link up with databases containing records for everything from passports to fingerprints to help India’s depleted police force identify criminals, missing people and dead bodies.

The government says the move is designed to help one of the world’s most understaffed police forces, which has one officer for every 724 citizens – well below global norms. It also could be a boon for companies: TechSci Research estimates India’s facial recognition market will grow sixfold by 2024 to US$4.3 billion, nearly on par with China.

But the project is also ringing alarm bells in a nation with no data privacy laws and a government that just shut down the internet for the last seven weeks in the key state of Kashmir to prevent unrest. While India is still far from implementing a system that matches China’s ability to use technology to control the population, the lack of proper safeguards opens the door for abuses.

“We’re the only functional democracy which will set up such as system without any data protection or privacy laws,” said Apar Gupta, a Delhi-based lawyer and executive director of the Internet Freedom Foundation, a non-profit group whose members successfully lobbied the government in 2015 to ensure net neutrality and reject platforms like Facebook’s Free Basics. “It’s like a gold rush for companies seeking large unprotected databases.”

A draft data protection bill presented to the government last year still has not been approved by the cabinet or introduced into parliament. The country has already had problems implementing Aadhaar, one of the world’s biggest biometric databases linking everything from bank accounts to income tax filings, which been plagued by reports of data leaks and the growth of a black market for personal information.

So far, not much is known about which companies might bid on the facial-recognition system. Minutes of a meeting with potential bidders, obtained by the Internet Freedom Foundation through a right to information request, showed unidentified companies sought clarifications on integrating facial recognition data with state databases and whether it should be able to identify people with plastic surgery.

Vasudha Gupta, a spokeswoman for the Home Ministry, did not respond to an email seeking comments about the system.

For some in the police force, the system will be an essential tool to fight crime if implemented properly. India has seen more than 100 terrorist attacks in the last three decades, including one on luxury hotels and a railway station in Mumbai that killed 166 people in 2008.

Nilabh Kishore, who headed a unit fighting organised crime in the state of Punjab until last year, had success against gangsters after he set up a system linking data from police stations across the state.

“A system that can identify criminals is invaluable – facial recognition is a powerful tool,” said Kishore, who is now deputy inspector general of the Indo-Tibetan Border Police. “But human intentions are also very important. You can make the best of technology, but if human intentions are wrong it can be a tool for misuse.”

That is particularly a concern for vulnerable minority groups that have long faced discrimination in India. Lower castes and tribals account for about a quarter of the population but constitute 34 per cent of India’s prisoners, according to the National Dalit Movement for Justice.
In January, the Delhi High Court said it was “unacceptable” that facial recognition had not helped trace any of the 5,000 children missing from the city in three years. Earlier this month, photos and phone numbers from a Madurai city police facial recognition database in the southern state of Tamil Nadu were leaked online.

The threat of foreign spying is also persistent. Last month a federal government think tank criticised the local administration in Delhi for hiring the Indian arm of Chinese firm Hikvision to set up 150,000 CCTV cameras, saying the move could spur illegal hacking and data leaks to the Chinese government.

Many Indian companies will not be able to bid on the facial-recognition system because the current tender requires them to meet standards established by the US National Institute of Science and Technology, according to Atul Rai, chief executive officer of Staqu Technologies, an Indian start-up.

Rai, whose company has developed facial recognition for eight local police forces, said India does not have the same quality cameras as China – making it harder to meet the goal of being able to identify any person with an integrated system. He also said it would be more difficult to implement a national network in India because state governments are responsible for law and order.

“But if this one happens in line with the government’s plan, it should be a China-like system,” Rai said. “Any powerful country wants to be like China when it comes to using technology to monitor people – even western countries.” 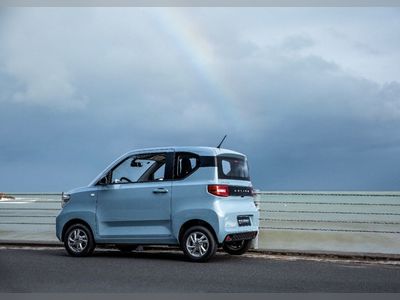 Tesla’s Nemesis in China Is a Tiny $5,000 Electric Car From GM

Known globally for its trucks and muscle cars, General Motors Co. has scored a surprise hit in China with its local partners: a petite electric vehicle that sells for less than ... 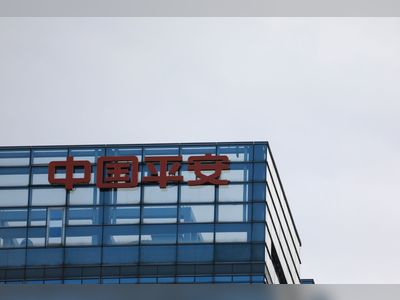 China’s Ping An Insurance Increases Stake in HSBC to 8% 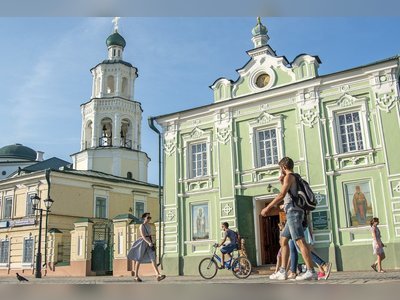 Road to Moscow could open opportunities to more Chinese firms

A US$760 million deal to build a section of Russia’s flagship highway programme could pave the way for more contracts.