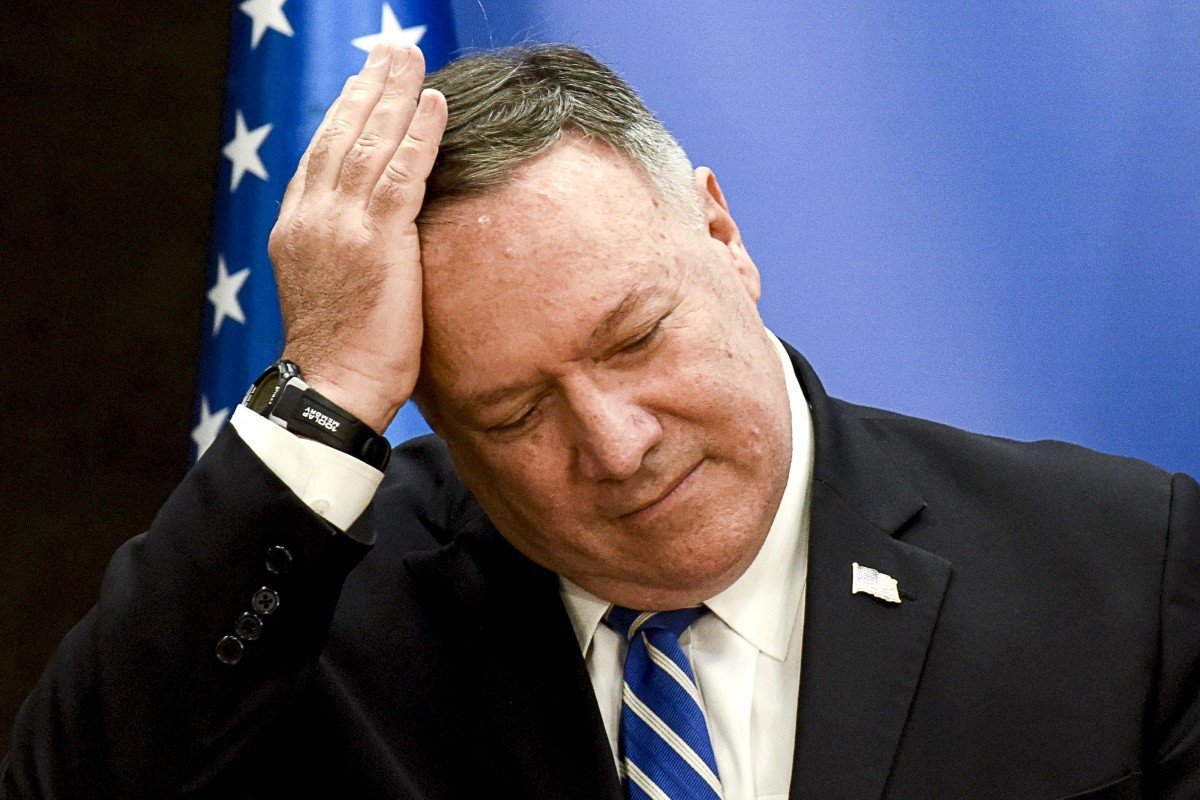 Investors’ concerns were raised after the US Department of State stipulated that it would require senior Chinese diplomats in the United States to receive approval to meet with local government officials and visit university campuses, according to a statement overnight. The Shenzhen Composite Index in China’s technology hub fell 0.8 per cent.

Hong Kong and China stocks fell, as investors weighed rising geopolitical tensions against a rebound in the mainland’s demand for domestic travel and robust economic data.

Investors’ concerns were raised after the US Department of State stipulated that it would require senior Chinese diplomats in the United States to receive approval to meet with local government officials and visit university campuses, according to a statement overnight.

The move by India’s government to block 118 Chinese mobile apps on Wednesday, following rising tensions over the Chinese border, also put pressure on the shares of technology companies.

“China is facing all sorts of things which don’t look that good for Chinese enterprises, especially those who want to explore overseas markets,”﻿ said Louis Tse Ming-kwong, managing director of VC Asset Management. “China has to fend off all these attacks from all directions, not just from the US.”﻿﻿

Geely Automobile Holdings, the largest privately owned carmaker in China, set the pace for declines on the Hang Seng Index, falling 6.5 per cent to HK$16.52.

The stock had gained 46 per cent in the past three months on its plan to raise additional capital in a Shanghai secondary listing. On the CSI300, losses were led by soy sauce manufacturer Foshan Haitian Flavouring & Food, which fell 6.8 per cent to 185 yuan in Shanghai.

On a positive note, domestic travelling is recovering in stages in mainland China, as pent-up demand is being released with the lifting of lockdown restrictions across the country. Airline shares rose, after reports that China’s domestic flights had recovered in August to almost the same level as a year earlier after the coronavirus pandemic was brought under control in the mainland.

The Hong Kong Dollar has been pegged to a narrow trading band between HK$7.75 and HK$7.85 per US dollar. When the Hong Kong currency hits the low end of the band, the city’s de-facto central bank, the Hong Kong Monetary Authority, is bound to start buying up the currency to boost its value.

China Eastern Airlines, the country’s third-largest carrier, advanced 2.2 per cent in Hong Kong to HK$3.22, while it was little changed at 4.90 yuan in its home market.

The Caixin/Markit services Purchasing Managers’ Index released on Thursday slipped to 54 in August from 54.1 in July, while the composite PMI index rose to 55.1 from 54.5 in the previous month. A reading above 50 indicates an expansion in activity, showing that China’s economy was picking up growth.

“We forecast a bottoming of economic growth” from the second quarter of 2020, China Renaissance analysts led by Bruce Pang said in a note on Thursday, adding that they expected “structural capital market reforms to accelerate going forward, which could likely reshape the investment landscape of new economy Chinese equities and further support a recovery in sentiment.”

The drop in tech stocks was a “healthy correction”, as technical indicators implied that the sector was overbought at recent levels, according to VC Asset’s Tse. “With tech stocks at this level, who wants to go in?” he said.

Chinese smartphone maker Xiaomi, a market leader in India’s smartphone market, retreated 7 per cent, after reaching a record high of HK$25.70 on Wednesday. Benchmark heavyweight Tencent declined 2 per cent after its popular mobile game PUBG Mobile was banned in India.

YTO Express, one of China’s largest logistics services providers, bucked the trend to gain 16 per cent. It shot up 259.3 per cent on Wednesday after Alibaba announced that it had bought another 12 per cent stake in the company.

Next Digital, the publisher of Apple Daily, rose 2.9 per cent after its founder Jimmy Lai was cleared of charges of threatening a reporter from rival newspaper Oriental Daily on Thursday.

It was not all gloom and declines. Four stocks that traded for the first time soared in their debuts on the Shanghai and Shenzhen exchanges. Jilin OLED Material Tech an exporter of phosphorescent material for display monitors, rose 51.3 per cent to 94.64 yuan from its initial public offering (IPO) price of 62.57 yuan.

Shandong Fiberglass Group , a producer of fibreglass yarns and rovings, rose 44 per cent from its IPO price of 3.84 yuan on the Shanghai exchange.

Other markets in Asia rose, following overnight gains in the three major US equity indices. Japan’s Nikkei 225 increased 0.9 per cent, while Australia’s S&P/ASX 200 edged up 0.8 per cent. South Korea’s Kospi climbed 1.3 per cent.