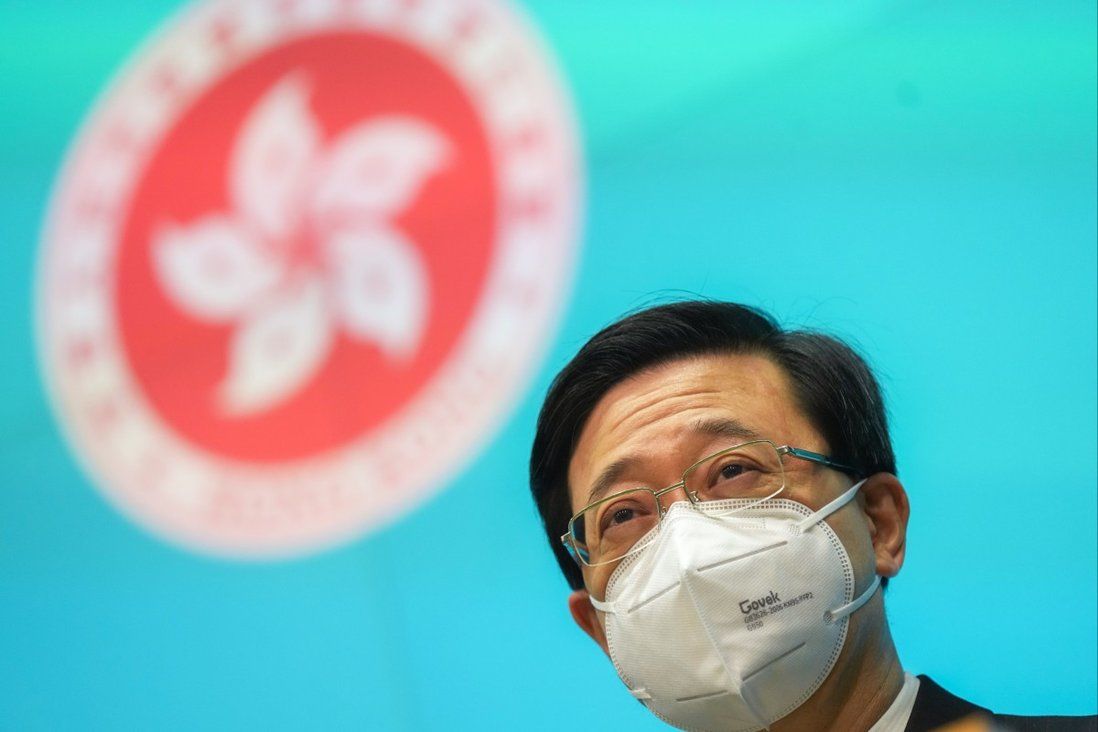 Sources say Lee will travel to the capital later this month to receive letter of appointment and present his choice for a team for approval.

Hong Kong’s incoming leader John Lee Ka-chiu is expected to meet Chinese President Xi Jinping when he travels to Beijing later this month to accept the letter officially approving his appointment as chief executive and present the finalists for his team to the central government for its approval, the Post has learned.

Zhang Xiaoming, executive deputy director of the Hong Kong and Macau Affairs Office (HKMAO), was among the senior mainland Chinese officials in Shenzhen monitoring the progress of Lee’s search for his governing team members, sources familiar with the matter said on Sunday. 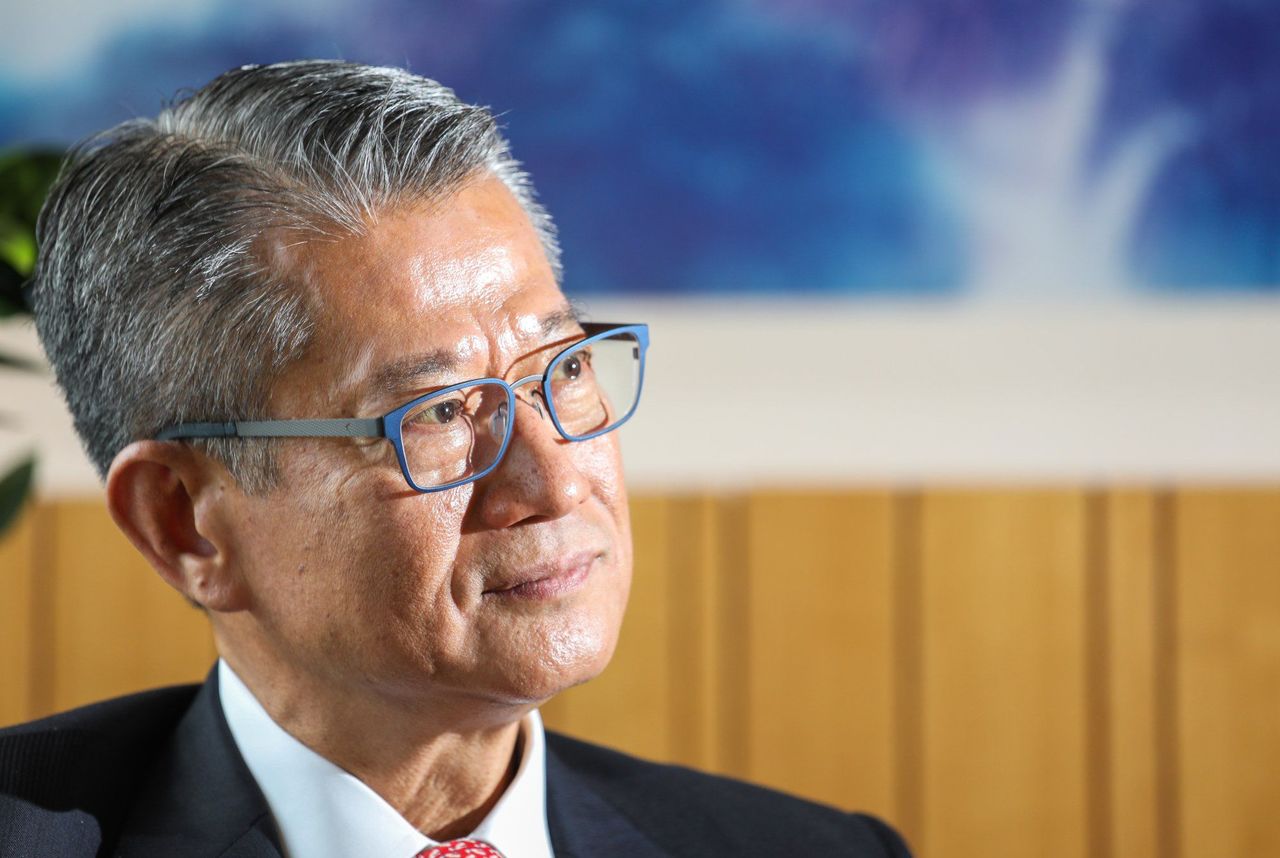 Financial Secretary Paul Chan is expected to serve in the new administration.

A source familiar with the chief executive-elect’s upcoming trip to the capital said he was asked to prepare to make the journey “later this month” to accept the appointment letter from Premier Li Keqiang and to meet Xi. It will be Lee’s first time meeting the leaders since he was returned uncontested on May 8 with 99.2 per cent of the vote from a small circle of Beijing loyalists.

Lee’s appointment was approved by the State Council last Friday.

It has been a regular practice for every chief executive-elect to receive the appointment letter in person from the premier, with separate meetings with the president and other senior officials. Carrie Lam Cheng Yuet-ngor made the trip in 2017 as did Leung Chun-ying in 2012, both two weeks after winning the election.

But Lee was still waiting for Beijing to finalise the date of the visit and the arrangements for quarantine required by the Covid-19 pandemic, the source familiar with the plan said.

“Lee might be meeting President Xi, so there is a need for him to go through a short quarantine period beforehand,” the individual said.

During Lee’s visit in Beijing, he is expected to meet Xia Baolong, director of the Hong Kong and Macau Affairs Office, and Li Zhanshu, chairman of the National People’s Congress, the country’s legislature.

A source close to the chief executive-elect said Lee’s wife Janet Lam Lai-sim was likely to accompany him.

With 40 days until Lee is sworn in as leader on July 1, officials with the HKMAO, including Zhang and chiefs of several key departments, headed south to Shenzhen to monitor the progress of Lee’s talent hunt, two mainland officials said.

The delegation met several shortlisted candidates, all incumbent officials who were likely to stay on, and solicited views from political and business heavyweights, they said.

“Beijing is very determined to ensure Lee has a capable and loyal team which add to the skill sets necessary for Hong Kong going forward,” one of the officials said on condition of anonymity.

The Post understands that the HKMAO and Beijing’s liaison office in the city exchanged views with Lee on the candidate choices in recent weeks.

Sources pointed to the “very high” likelihood for Chan and Cheng to continue to serve with the next administration.

Under a finalised government reorganisation plan unveiled by Lee last week, the secretaries for administration, finance and justice will each have a new deputy to assist them. The city’s finance chief will also oversee six bureaus, up from four, including the two new ones created by splitting the Transport and Housing Bureau. 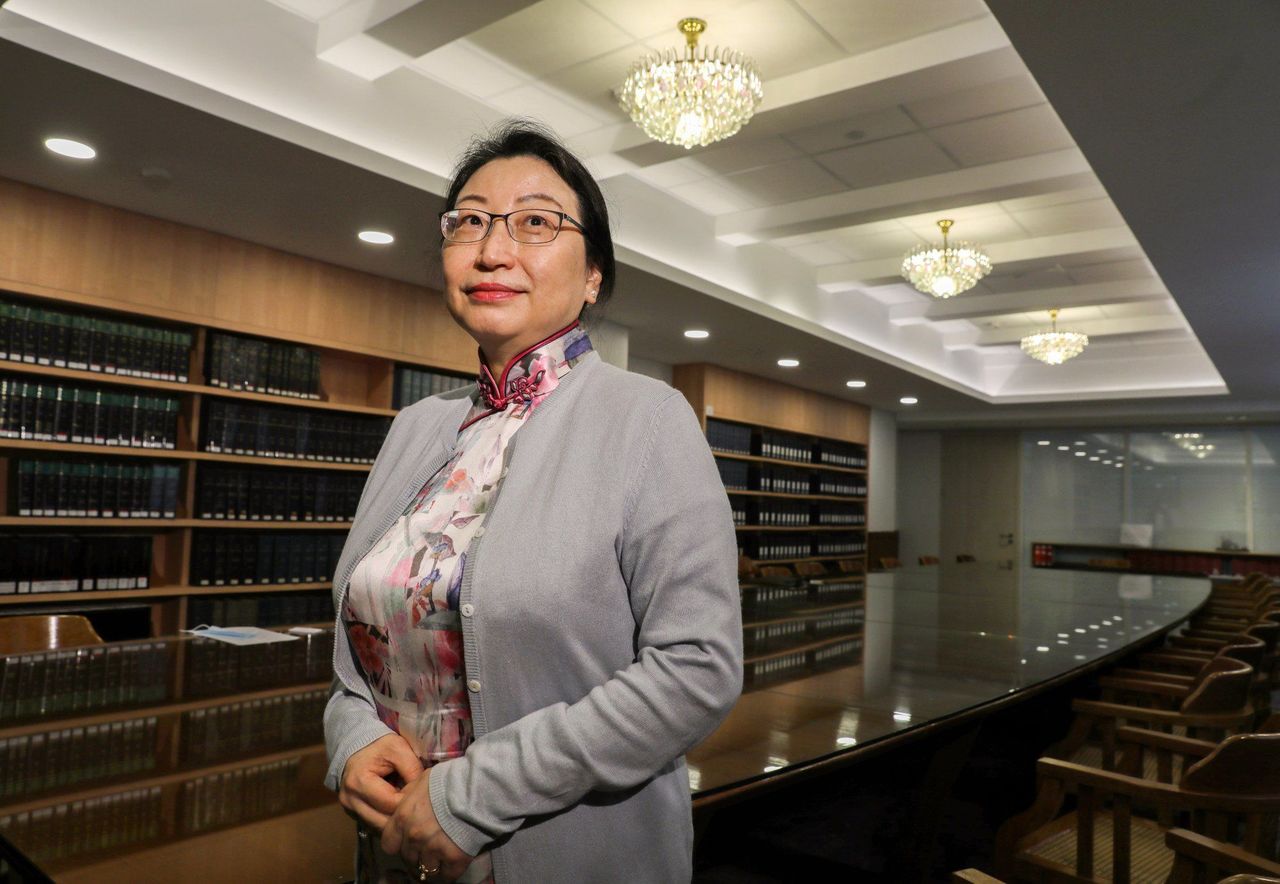 Secretary for Justice Teresa Cheng is also expected to remain with the government.

“Beijing knows there are very limited options on the table, as challenges for the incoming financial secretary will be huge,” said a source from the pro-establishment camp, referring to the likelihood of Chan staying on. “The official has to deliver performance amid a weak post-pandemic economy and the escalating tensions between the two superpowers.”

Lee’s announcement to create a deputy justice minister surprised many as it was not mentioned in the original proposal unveiled in January by the incumbent leader.

Later this week, Cheng is expected to host at least two major annual forums dedicated to the Basic Law, the city’s mini constitution.

Regarding who would become the city’s No 2 official after Lee resigned from the position to run in the election, a source suggested no candidate had been nailed down yet. Both Lee and Beijing considered the post a “strategic role” involving important responsibilities such as reopening talks with the mainland over resuming quarantine travel and steering policies on poverty and youth development, among others.

“Beijing also fully acknowledges that the candidate must be someone Lee can work with as a trusted aide who shares the same vision with him,” the insider said.

The Post understands that major pro-Beijing parties have nominated veteran members to join Lee’s team, with dozens of people without political affiliations expressing their eagerness to enter the “hot kitchen”.

Among the names being floated was University of Hong Kong-Shenzhen Hospital chief executive Professor Lo Chung-mau.

Sources suggested that Lo stood a good chance to replace Sophia Chan Chiu-chee as health chief at the revamped Health Bureau, which would focus on epidemic-related initiatives after passing its existing environmental hygiene and food safety duties to the retitled Environment and Ecology Bureau. 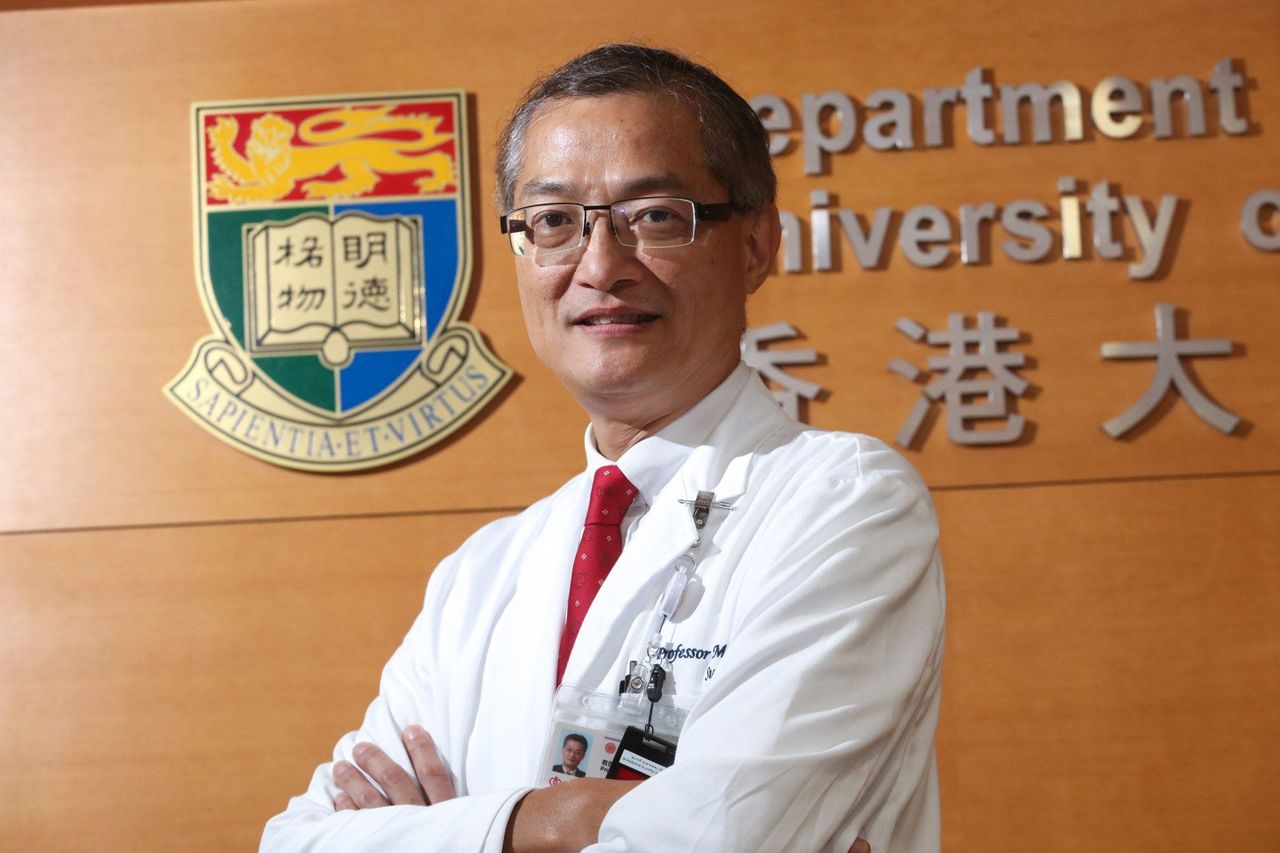 Professor Lo Chung-mau has been floated as a possible choice for the next secretary for health.

Zhang’s visit to Shenzhen to monitor the creation of Lee’s team was “not unusual” but reflected Beijing’s eagerness to boost credibility of the new administration with an impressive line-up, according to Lau Siu-kai, vice-president of semi-official Chinese Association of Hong Kong and Macau Studies.

But he conceded that possible sanctions to be imposed by the West on principal officials might also have deterred some hopefuls, especially those with financial backgrounds from the private sector.

Wong Kwok-kin, a member of Lam’s de facto cabinet, the Executive Council, said the oversight of Beijing’s agencies in the process was understandable considering that the postponed election had significantly shortened the transition period.

“Beijing was pulling the strings to ensure a smooth transition ahead of the 25th anniversary of the city’s handover to the mainland,” he said. From his understanding, ministerial choices have not been finalised.

A politician familiar with the central government’s line of thinking told the Post Lee had subtly spelt out the key principles for selecting members of his governing team in his response to the premier’s approval on Friday.

Lee’s comment that he “shall shoulder my mission with loyalty and perseverance”, could suggest he would recruit talent from the disciplined services to become ministers, the insider said.

“[They] would be in a good position to achieve the overriding objective of comprehensively and accurately implementing the principle of one country, two systems,” the politician said.

Political scholar Ivan Choy Chi-keung, from Chinese University, said he expected Lee’s team would not be “overwhelmed” by members of the disciplined services, as the next leader was well aware of the need of a diverse team to address his deficiencies in areas other than security.

“The creation of three deputy secretaries could imply that Lee still needs more expertise from different backgrounds, including veteran civil servants, to strike a good balance in policymaking,” he said.