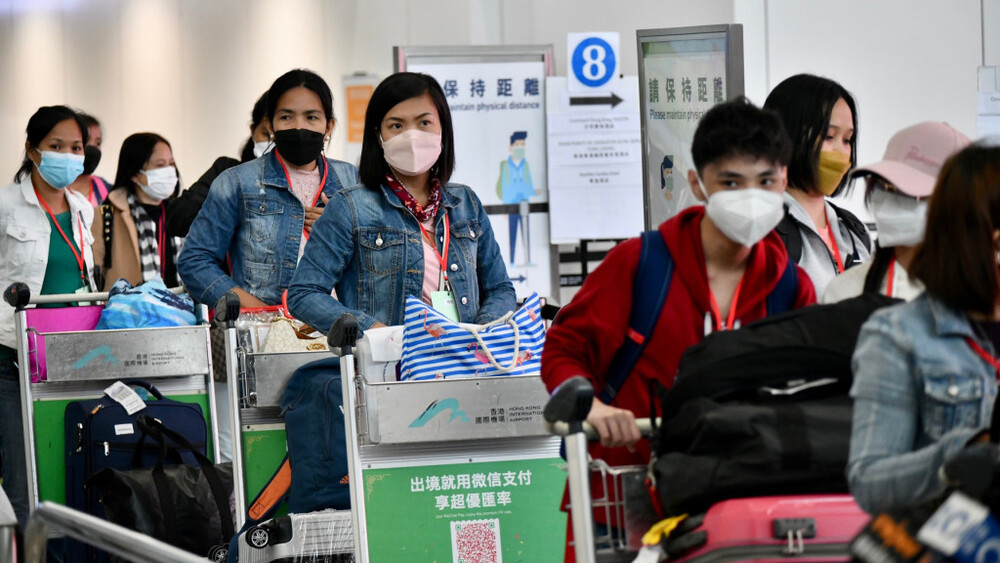 The Labor Department announced on Wednesday that incoming foreign domestic helpers could return to their employer’s home for work during the four-day medical surveillance period under the new change to the city’s quarantine rules.
Under the new rules, foreign domestic helpers coming to work in Hong Kong from August 12 onwards will be subject to compulsory quarantine in designated quarantine hotels for three nights, followed by medical surveillance at home for four days.

The government statement noted that during the four days of surveillance, helpers “can work at their employers' residence and can go out after obtaining a negative result of an RAT on that day, but they will be subject to Amber Code restrictions under the Vaccine Pass and cannot enter high-risk premises involving mask-off or group activities”.

The helpers can conduct daily essential activities of lower risk such as taking transport, entering supermarkets and wet markets, the statement wrote.

In view of the conditions of individual families, the Commissioner for Labour has given in-principle approval for employers to arrange the helpers to stay at licensed hotels or guesthouses that are not designated quarantine hotels to complete the four-day medical surveillance and subsequent three-day self-monitoring.

Meanwhile, for helpers who have completed at least three nights of quarantine before August 12, the government has arranged for them to leave the hotels in an orderly manner starting from August 9 to 12 after confirming their negative nucleic acid test results.

“After leaving the designated quarantine hotels, foreign domestic helpers are subject to medical surveillance at home, Amber Code restrictions under the Vaccine Pass, as well as compliance with the above requirements on the conduct of daily RATs and nucleic acid tests,” the statement added.
#vaccine
Add Comment