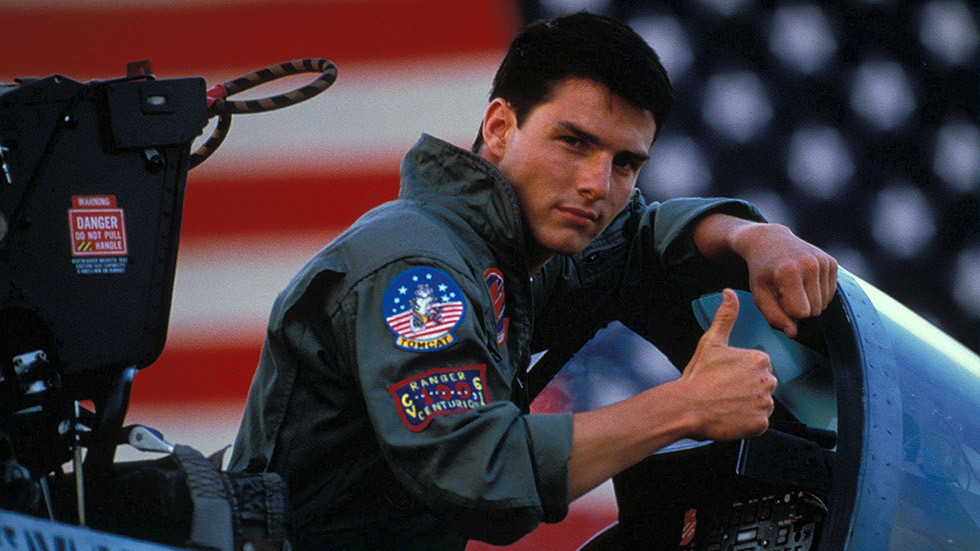 Hollywood won’t choose between the totalitarian Sauron of China and the authoritarian Darth Vader of the US military, but instead will support both evils, and the people of the world and the art of cinema will suffer greatly.
A propaganda war is being waged by China and the US military for control of Hollywood, and therefore the minds of the public, for their own nefarious purposes.

Not surprisingly, like whores at a battlefield brothel, the morally ambiguous harlots of Hollywood are trying to profit from servicing both combatants. PEN America, a group championing free expression, recently released an exhaustive report detailing how China has taken control of Hollywood.

The report states: “The Chinese government, under Xi Jinping especially, has heavily emphasized its desire to ensure that Hollywood filmmakers - to use their preferred phrase - ‘tell China’s story well.’”

China strictly controls films released in its own market, which is soon to become the largest box office in the world, and Hollywood wants in on that lucrative action. So, it appeases its Chinese overlords by obeying censorial demands, like whitewashing a Tibetan character from Marvel’s ‘Dr. Strange’, and strenuously self-censoring, like when it canceled a planned sequel to ‘World War Z’.

This Orwellian sentiment of controlled storytelling to fit a government-approved narrative is not limited to the communists of China, however. The US military has long had a very fruitful arrangement with Hollywood in which it exchanges free military equipment, expertise, personnel and locations in exchange for ultimate control over scripts. Capt. Russell Coons, Director of Navy Office of Information West, sounded like Xi when he described Pentagon expectations while cooperating with a movie. “We’re not going to support a program that … presents us in a compromising way.”

PEN America is aware of the Pentagon’s propaganda program and notes that “...the United States government has benefitted from, encouraged, and at times even directed Hollywood filmmaking as an exercise in soft power.” However, it then disingenuously dismisses it, claiming “this governmental influence does not bring to bear a heavy-handed system of institutionalized censorship, as Beijing’s does.”

That is an absurd contention as the Pentagon picks movies based on a studio’s willingness to conform to its rigidly pro-military narrative standard, which is, in function, if not form, just like China picking which Hollywood movies it allows to run in its country based on their adherence to a pro-China criteria.

Regardless, the reality is that if Hollywood can financially benefit by acquiescing to the Pentagon and/or China’s demands, it certainly will. In response to China’s Hollywood propaganda, Senator Ted Cruz (R-Texas) proposed the egregiously titled Stopping Censorship, Restoring Integrity and Protecting Talkies Act, or SCRIPT Act.

Cruz’s bill aims to kneecap Hollywood studios by withholding access to US government support - the Pentagon propaganda program - if they alter their movies to appease Chinese censors. Of course, SCRIPT will never go anywhere as the Motion Picture Association of America will aggressively lobby to get the whole thing scuttled to keep both Chinese and Pentagon money flowing into La La Land.

On the bright side, the SCRIPT Act has at least frightened the propagandists in the Pentagon and Hollywood enough that they are now openly touting their shadowy alliance.

For example, the Military Times recently ran a jaw-dropping op-ed by Jim Lechner which shamelessly espoused Hollywood’s Pentagon propaganda. Lechner admits that “limits on the cooperation with skilled storytellers at the American movie companies would significantly degrade the ability of the US government to tell its own story”.He also boasts that “over the decades, Hollywood has provided one of the most powerfully positive images of our military. No Pentagon-based press relations operation could come close to what Hollywood has achieved through its films.”

Over the last three decades, the Pentagon-Hollywood alliance has drastically altered American’s perception of the military and successfully neutered filmmakers as artists and truth-tellers. In the 70s and 80s, Francis Ford Coppola, Stanley Kubrick and Oliver Stone made great anti-war films like ‘Apocalypse Now’, ‘Full Metal Jacket’, ‘Platoon’ and ‘Born on the Fourth of July’ that explored the dark side of American militarism and empire.

That type of artistic and intellectually challenging anti-war movie went on the endangered species list in 1986, when the Pentagon collaborated on the making of the blockbuster ‘Top Gun’, and has since become extinct, which is why we haven’t had any great movies detailing the heinous fiascos in Iraq andAfghanistan.

Ironically, ‘Top Gun’ isn’t only a symbol of the Pentagon’s propaganda prowess, but of China’s as well. In the poster for the sequel due out this year, Tom Cruise’s Maverick is still wearing his signature leather jacket, but in order to appease Chinese censors, gone from its back are the prominent Japanese and Taiwanese flags from the original.

As a cinephile and a truth-seeker, I want to see films made by true artists that chronicle the dramatically potent moral and ethical atrocities of both America and China. The plethora of post 9/11 American evils (surveillance, torture, Iraq, Afghanistan) and the brutal Chinese atrocities against the Uighurs, Tibetans and members of the Falun Gong are fertile cinematic ground.

But sadly, thanks to Hollywood’s insidious, incessant and insatiable greed, none of those important stories will ever be told on the big screen. The reality is that the propaganda war is already over and the authoritarian and totalitarian corporatists, globalists and militarists of Hollywood, Washington and Beijing have handily won... and we the people, and the art of cinema, have lost.
Add Comment