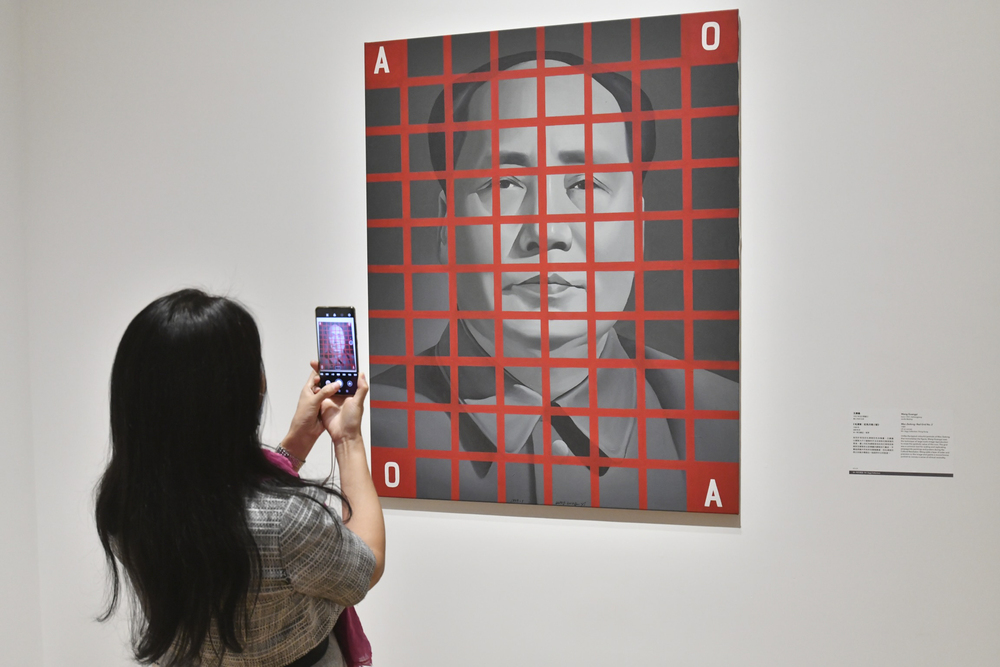 In a changing city, a glitzy Hong Kong gallery grapples with censorship

Between glass and soaring concrete walls, Hongkongers queued for the opening of the much-anticipated multimillion-dollar art museum M+, a project bedevilled by delays, spiralling costs, and now the spectre of censorship.

The Kowloon gallery -- built directly above a major train tunnel that for weeks ferried thousands to the 2019 pro-democracy protests -- was supposed to open four years ago, and is the first in Asia dedicated to 20th- and 21st-century visual culture.

While the Swiss-designed venue aims to rival Western leaders in contemporary art curation, critics say it must also grapple with a shrinking space for freedom of expression and growing self-censorship.

And ahead of the opening on Friday attention has focused on the decision to not display a photo series by Chinese artist Ai Weiwei in the museum.

"Politics shouldn't override art," said Yip, who gave only her surname, while waiting to enter the museum on a bright autumnal morning.

"The current situation is very disappointing," interrupted her husband, also in his sixties.

In the series in question, Ai is showing his middle finger to institutions around the world, including the White House, Germany's Reichstag -- and Beijing's Tiananmen Square.

Earlier in the week, officials confirmed the artwork would not be shown, stating "artistic expression is not above the law".

That political tension was not immediately on display as the museum's first visitors -- many touting designer handbags better suited to Shanghai fashion week -- roamed the atrium.

Other visitors, most of whom declined to be fully identified, gave a different perspective to AFP.

'Art should be free'

"Some people said in the news recently that law is above art, but I think art should be free and creative," said Dennis, 35, who only gave his first name.

He said instead of attracting artists as initially envisaged, the gallery was scaring them away.

First conceived 14 years ago and budgeted at US$760 million -- a figure officials have said is likely to be higher when the data is released -- the 65,000-square-metre (700,000-square-foot) gallery has opened in a hugely different political climate.

The National Security law, passed in June last year following the 2019 pro-democracy protests, targets anything deemed "secession, subversion, terrorism or collusion with foreign forces" and has quickly criminalised a host of political views.

And critics say it has also stifled a once-thriving artistic community, clamping down on freedoms and expressions previously celebrated in the city.

In March, Hong Kong's leader Carrie Lam Cheng Yuet-ngor said authorities will be "on full alert" to ensure exhibitions do not undermine national security while simultaneously promising artistic freedom of expression, in response to a question about M+'s upcoming shows.

But critic Leung Po-shan asked how the art museum would function under such restrictions: "Is it possible to omit June 4 in stories about China's contemporary arts?"

"All the cultural and art institutions, not only M+, are facing the same problem of the unlocatable 'red line'," she said.

"M+ is big and it will become a wind vane, but we are not sure how well it can defend itself."

Despite concerns, others were delighted.

Visitors leaving 'Hong Kong: Here and Beyond' -- among the exhibits showcasing some 1,500 works from the museum's 8,000 piece archive -- expressed their surprise at some of the work shown.

"When we walked around the galleries there are some politically sensitive items related to China and we are happy to see that they are displayed," said Ashley Wong, 35.

One man, who declined to give his name, said the situation was not black and white.

"We are not really tied up with our hands, if you know how to get around, you will have the freedom."

On a small drawing pinned to the museum's message wall, one visitor defiantly wrote: "No matter how Hong Kong changes, this is our home, this will never change."