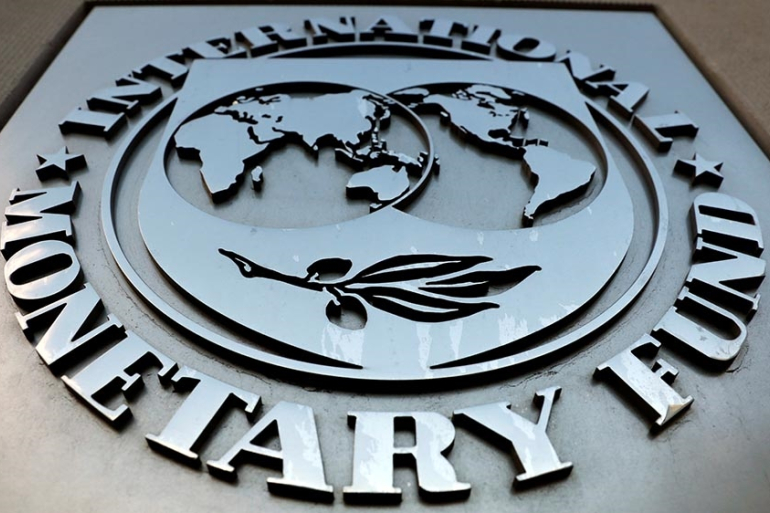 The International Monetary Fund (IMF) has expressed “economic and legal” concerns over the El Salvador’s new pro-BTC legislation: “Ley Bitcoin”, which was approved by the country's national congress.

Gerry Rice, an IMF spokesman, said during a scheduled press briefing in Washington:

“Adoption of bitcoin as legal tender raises a number of macroeconomic, financial and legal issues that require very careful analysis so we are following developments closely and will continue our consultation with authorities. Crypto assets can pose significant risks and effective regulatory measures are very important when dealing with them.”

The country’s Head of State, Nayib Bukele, will meet with the financial organism today. The government of that country apparently seeks to settle a $1 billion credit program. However, their Bitcoin Law could become a hurdle.

Rice added that crypto-assets can be a risk at a regulatory level. The IMF will discuss their article IV with El Salvador’s national government. According to this article, the financial institution can hold bilateral discussions with its members.

During these annual meetings, the government provides the IMF with economic and financial data. In addition, the government officials and the institution discuss economic developments and financial policies, such as the Bitcoin Law. Rice said that “policies to strengthen economic governance” will be on the meeting’s agenda.

Following the adoption of the bill to make bitcoin legal tender, El Salvador announced that it will be mining bitcoin using energy from volcanoes. “I’ve just instructed the president of La Geo (our state-owned geothermal electric company) to put up a plan to offer facilities for bitcoin mining with very cheap, 100% clean, 100% renewable, 0 emissions energy from our volcanos. This is going to evolve fast,” said President Bukele.

As El Salvador’s president has said, their new law has the objective of attracting capital into the country and turn it into a financial and innovation hub. There are many sectors, from miners to exchanges, already showing interest in moving their operations to the Latin American country.

Around 70% of the country’s population operates outside the traditional financial system, according to government data; Bitcoin has been used by everyday citizens to pay for basic goods, send remittances without a third party, and as a savings account. Thus, the Law seems to be targeted at helping them.

Dave Chapman, a founder at the BC Technology Group, compared El Salvador’s case with Facebook, Mark Zuckerberg, and the Libra Project. This company planned to launch its own digital asset pegged to a basket of currencies and received backlash from international organisms. The project was eventually shut down. Chapman said:


“The manner in which the IMF is reaching out to Nayib Bukele reminds me of the knee-jerk reaction central banks and regulators attacked Mark Zuckerberg when he suggested he was going to completely dislocate the traditional payments and remittances businesses. It’s inevitable.”

At the time of writing, BTC trades at $36,668 with a persistent downtrend across the board. In the short term, the $40,000 seems like the most important resistance that needs to be flint into support. Otherwise, the bull could find themselves vulnerable to another bear strike.

Leba4life 44 days ago
When the IMF is "concerned"....then EVERYTHING has been done right so far...and one is also on the right path.
Dont let intimidations..and bad examples (Gaddafi) ruin the right path for people and country.

ps. @oh yea the gaddafi case was a little bit more complicated than only getting rid of the fake-federal-reserve-currency.

Oh ya 44 days ago
Ya go ahead and see how it works out for you Mr President. Gaddafi tried going off the USD standard and died in a ditch with a bullet in him. Good luck and watch out for exploding toilets
View all comments (2)Add comment