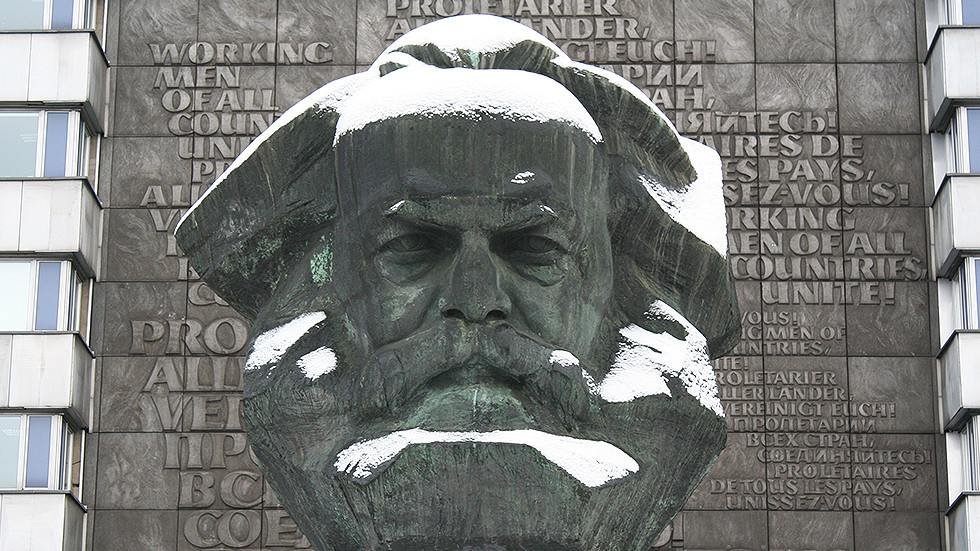 If all 'problematic' statues have to go, then that includes monuments to Gandhi, Marx, Engels and Che Guevara

By Noah Carl, UK
Now that both George Washington and Thomas Jefferson have been ignominiously defenestrated, it is clear that the “woke” iconoclasts really do mean business. But will left-wing icons be held to the same standards as everyone else?
Charges leveled at figures who have been marked for defenestration include: being involved in colonialism or slavery; making pejorative statements about other ethnic groups; and expressing support for eugenics. Since all those who stand accused have the misfortune of being deceased, none have been able to repudiate the charges against them. And as a consequence, many have been found guilty.

So far, most of the guilty parties are either symbols of the old order (such as Cecil Rhodes) or individuals more revered on the right than the left (such as Winston Churchill). But when it comes to historical figures at whom the aforementioned charges could be leveled, there is plenty of material to work with on the left.

One such figure, who is a hero to many leftists for his pivotal role in the Indian Independence Movement, is Mahatma Gandhi. Yet some of Gandhi's early statements about black Africans would place him among the Age of Imperialism’s most reactionary colonialists. In 1899, he stated that Indians are “infinitely superior to the Kaffirs [a derogatory term for black Africans].” In 1904, he said, “About this mixing of the Kaffirs with the Indians, I must confess I feel most strongly.” And In 1908, he stated that “Kaffirs are as a rule uncivilized […] They are troublesome, very dirty and live almost like animals.”

As a result of such statements, one statue of Gandhi – which previously stood in the campus of the University of Ghana – has already been removed. And several other statues of him have been targeted for either vandalism or removal: one in Manchester, one in Leicester, one in Amsterdam, and one in Ottawa.

Another “problematic” left-wing hero is the suffragist leader Millicent Fawcett, who was commemorated with a statue in 2018. During the unveiling ceremony, the Labour Mayor of London Sadiq Khan said that “Parliament Square is no longer a male-only zone for statues,” and that he was “so proud.” However, as the Spectator’s Steerpike columnist has already pointed out, Fawcett’s tenure on Parliament Square could be short-lived; it is two whole years later and some of her views may now be considered grossly outdated. Fawcett opposed Home Rule for Ireland, which she believed would be “a blow to the greatness and prosperity of England.” And in 1899 she argued against the disenfranchisement of Boers in South Africa on the grounds that “we are too deeply pledged to the principle of equal privileges for all white races to abandon it.”

Perhaps the most iconic left-wing figure of all time is the philosopher Karl Marx, author of Das Kapital and The Communist Manifesto. There are statues of him in Germany, Russia, China, India, the Czech Republic and Turkey, and there is a bust of him atop his tomb in London’s Highgate Cemetery. What is little-known about Marx is that he often used extremely crude language when referring to other ethnic groups. For example, he referred to“lazy Mexicans” and“Chinese rabble,” and repeatedly used slurs when describing black or Jewish people (Of course, an additional charge one might level at Marx is that he invented an ideology that inspired the deaths of millions of people).

Friedrich Engels, Marx’s long-time collaborator and benefactor, employed equally derisive language, frequently using racial slurs to describe black people. A statue of Engels was installed in Manchester in 2017, which prompted one local resident to ask why nobody had consulted the city’s Ukrainian community.

If Marx is the most iconic left-wing figure of all time, then second place must go to the indefatigable Cuban revolutionary, Che Guevara – a man whose face may have appeared on more T-shirts than any other individual. Yet despite his popularity among student radicals, some of Guevara’s statements about black people might put him on the wrong – rather than the right – side of history.

Guevara wrote in his diaries, “The black is indolent and a dreamer; spending his meager wage on frivolity or drink” whereas “the European has a tradition of work and saving.” Regarding his time in the Congo, he noted, “Given the prevailing lack of discipline, it would have been impossible to use Congolese machine-gunners […] they did not know how to handle their weapons and did not want to learn.” And after the Cuban revolution in 1959, he stated bluntly, “We're going to do for blacks exactly what blacks did for the revolution. By which I mean: nothing.” (The summary executions of political dissidents that he ordered could also be considered a blot on Guevara’s record).

The socialist intellectual George Bernard Shaw, who has been commemorated with statues in a number of cities, spoke on the subject of eugenics with particular urgency. In 1904, he argued there is “no reasonable excuse for refusing to face the fact that nothing but a eugenic religion can save our civilisation from the fate that has overtaken all previous civilisations.”

Margaret Sanger, the founder of Planned Parenthood, was also a staunch proponent of eugenics. In a 1919 essay titled ‘Birth Control and Racial Betterment’, she stated, “While I personally believe in the sterilization of the feeble-minded, the insane and syphilitic, I have not been able to discover that these measures are more than superficial deterrents.”

And in a 1921 lecture titled ‘The Morality of Birth Control’ she stated, “We desire to stop at its source the disease, poverty and feeble-mindedness and insanity which exist today, for these lower the standards of civilization and make for race deterioration.” (As recently as 2009, Hillary Clinton – upon receiving the Margaret Sanger Award from Planned Parenthood – praised Sanger for “her courage, her tenacity, her vision,” adding, “I am really in awe of her.”

Another proponent of eugenics was the black intellectual W.E.B. Du Bois, who co-founded the National Association for the Advancement of Colored People. Du Bois has been commemorated with statues in several locations, including one at Fisk University, the historically black college where he obtained his bachelor’s degree.

However, some of these statues may soon be due for removal given Du Bois’s remarks about race and “breeding.” In a famous 1903 essay ‘The Talented Tenth’ he argued, “The Negro race, like all races, is going to be saved by its exceptional men.” And in a 1922 editorial, he noted, “[The Negro] finds himself surrounded in the modern world by men who have been bred for brains, for efficiency, for beauty. He is beginning carefully to train and breed for the same purposes […] in time efficiency and brain and beauty are going to be well-bred in the American Negro race.”

In summary, there are numerous left-wing figures who, by the standards of today’s iconoclasts, might be classed as “counter-revolutionaries.” But will we soon witness the toppling of Karl Marx statues and the incineration of Che Guevara T-shirts? The fact that Mahatma Gandhi has already been ejected from one university campus, suggests the answer could very well be “yes.”


* By Noah Carl, an independent researcher based in the UK. In 2019, he was fired from St Edmund's College, Cambridge, after a campaign by student and academic activists. Follow him on Twitter @NoahCarl90
Add Comment