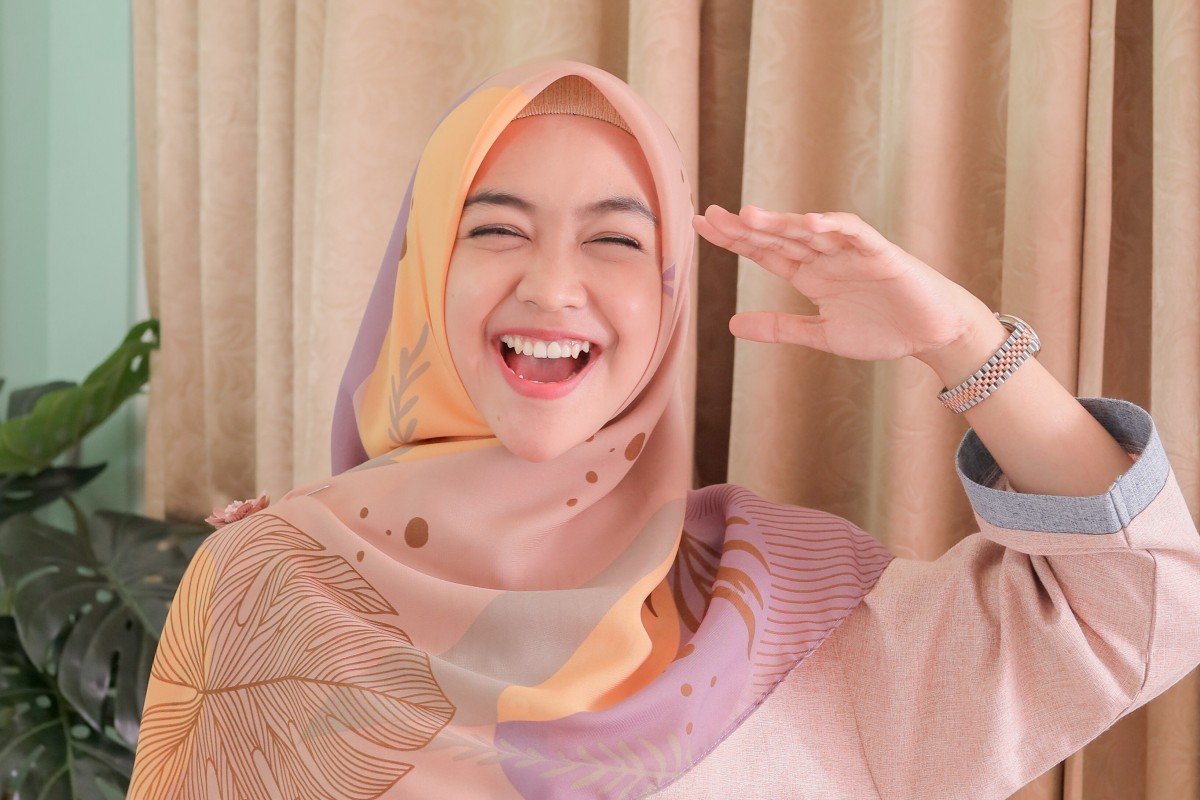 ‘I regret nothing’: Indonesian YouTube star Ria Ricis’ rise to the top

Ria Ricis is one of Indonesia’s biggest YouTubers, known for her gag videos, celebrity home visit videos, and reviews of soft foam toys, but she had to experience failure first.

Going from simple Instagram reviews of squeezable toys to a YouTube channel with more than 22 million subscribers, Ria Ricis is one of Indonesia’s biggest self-made celebrities.

The 25-year-old, who moved from Riau province to the capital city of Jakarta with a dream of making it big, is Indonesia’s No 1 creator of gag videos, celebrity home visit videos, and reviews of soft foam toys – all while growing her popular brand of cutesy silliness.

Like the best of YouTube’s content creators, Ria Ricis knows how to play the game, creating a variety of different videos and powering on despite several controversies.

“The key to my popularity is that I’m always sharing information and my experiences with fellow creators,” she says. “For instance, if another YouTuber comes for a shoot at my house, we always ask them, ‘Do you want to also shoot videos for your own content?’ Or, ‘Do you want to do any collaborations?’ It’s symbiotic mutualism.”

Born Ria Yunita, Ria Ricis’ stage name comes from a combination of the Indonesian words for “pretty” and “sweet”, which is presented with a winking self-awareness that is more playful than serious.She operates three YouTube channels and uploads at least one video per day on each. Apart from her “official” channel, there’s “Ricis TV” (3.3 million subscribers) for shorter challenge and daily-life videos, and “Rumah Ricis” (also 3.3 million subscribers) for cooking videos with some light gag content thrown in.

“All those channels have different audiences,” she says, explaining that she carries herself slightly differently in each one, resulting in a different “tone” for each.

Videos on the three channels are published at the same time every day: 10am for Rumah Ricis, 1pm for Ricis TV and 3pm for Ricis Official. For her fans, the videos have become part of their daily lives.

“My subscribers are very enthusiastic. If we’re just five minutes late publishing a video, we’ll immediately get their messages – ‘Why are you late?’, ‘Where’s the content?’” 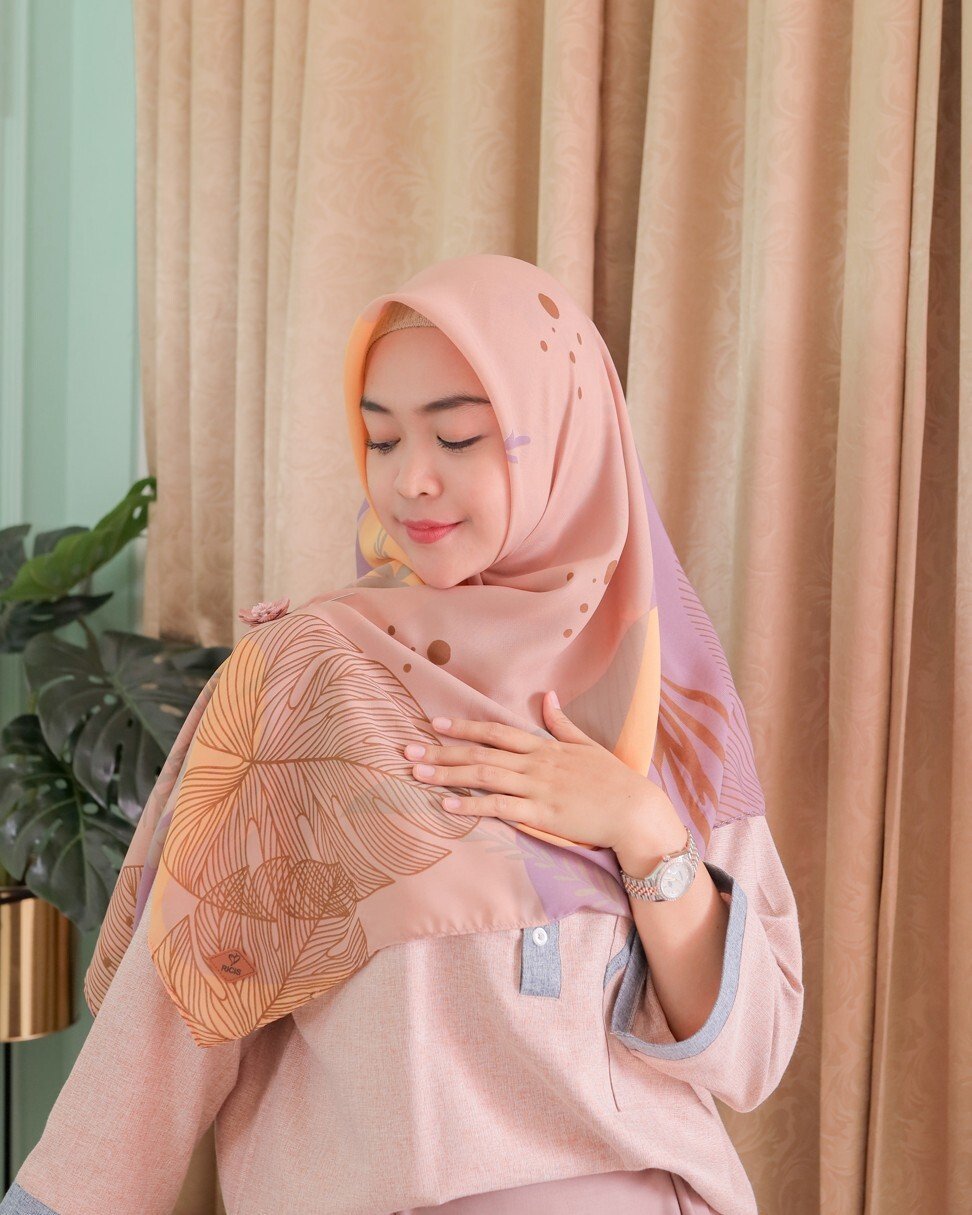 Her inquisitive perkiness drives a good amount of the content. Whether she’s eating spicy ramen or visiting the homes of celebrities or even the Indonesian president, she is jovial and almost unfiltered in her expressiveness.

She was born the youngest of three children in the city of Batam in Riau province. Her father, Sulyanto, worked a regular office job while her mother, Yunifah Lismawati, took care of the household. To this day, she considers her family her biggest supporters and moral compass.

“They’re always the most supportive but also the first to let me know if they think some content is inappropriate. They’ll tell me to take a video down or not publish it before it becomes a talking point on the internet,” she says.

She isn’t the only celebrity in her family – older sister Oki Setiana Dewi is a well-known soap opera actress. Dewi moved to Jakarta first after finding success in Batam, where she won so many beauty pageants she was barred from competing any more and instead made a judge.

Ria Ricis, after moving with her family from Batam to Depok, in West Java province, to be closer to Dewi, initially tried to follow in her sister’s footsteps. She auditioned for roles in soaps, but found no success. Not put off, she focused on creating content for her social media, eventually finding momentum with her videos of squeezable toys, known as squishies, on an Instagram page she set up in 2014. Today, that Instagram account has more than 20 million followers.

She started posting videos on YouTube in 2016. Her early ones were basic vlogs featuring her and her friends goofing around in public places like malls and gaming arcades.

“I would edit videos until 3 or 5 in the morning,” she recalls. These days, she runs a lean team of five people who conceptualise, shoot and edit five to eight videos a day.

As with many others who found fame through YouTube, her output has included content that some viewers found offensive. She was criticised for making a vlog at the grave of the late TV host Olga Syahputra to celebrate the anniversary of his death, and for another where she ate a Korean dish of live octopus. More recently, she angered viewers for shooting a video outdoors during quarantine.

After she was criticised for a post on Instagram featuring a screenshot of her ATM balance, she posted another showcasing her donating goods, including face masks, to Covid-19 health workers. That resulted in even more jeering by those who considered her actions as needless showboating.

“I like almost all of the videos [I’ve made], otherwise I wouldn’t have made them. I only do what I like,” she says. She tries to think of what videos she likes less, settling on prank videos where she’s the target, but then quickly pivots, saying that “they also make me happy because it means people still care”.

She answers questions carefully, clearly aware of the need to not offend her audience. But by her account, her fandom is loyal enough that criticisms rarely bother her. “My viewers know how I like to joke. They get it – ‘Oh, it’s just a joke,’ or ‘Oh, it’s just for content.’ There’s an understanding between us,” she explains.

“Sometimes newer viewers or fans like to match me up [romantically]. That’s a bit… uncomfortable,” she says, after considering her words. “But they’re in the minority, so it’s no big deal.”

Her fame has also resulted in some odd encounters, such as strangers coming to her house unannounced, asking for donations. To combat this, Ricis has hired security staff to guard her house, who she has shown in her videos multiple times.

She’s not too concerned about past mistakes, however.

“I regret nothing. I’m just not the type of person who wants to change anything in the past. If I have made a mistake in my content, then I’ll simply not make it again.”