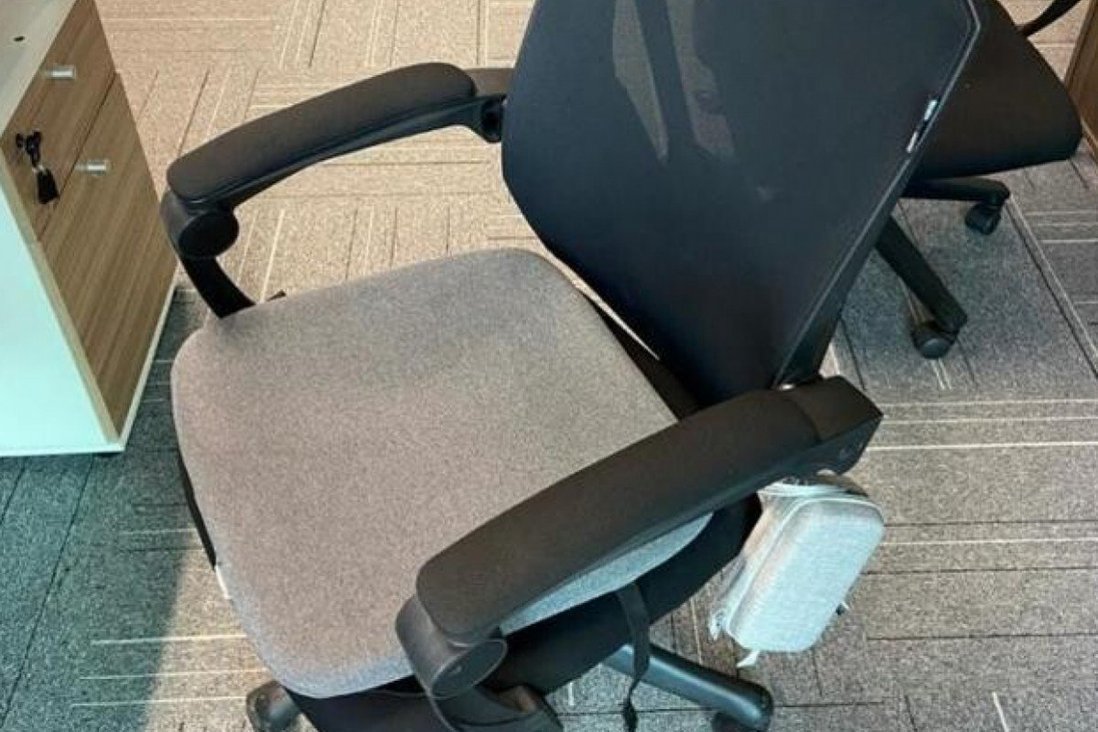 ‘I felt naked’: the ‘smart’ cushion that spies on office staff

A Chinese technology company gave 10 of its staff ‘smart’ cushions that monitor their vital signs and tell them when to get up and stretch. They also tell the boss when they are away from their desks, a fact that has drawn outrage online.

A Chinese technology company is trialling a performance-monitoring scheme with an unusual method of boosting the bottom line – data gathered via “smart” cushions given to workers to place on their office chairs.

But the trial has backfired, after unwitting participants discovered the cushions they were gifted by bosses under the guise of goodwill, supposedly to monitor their vital signs, were in fact “spy” cushions that alerted managers when employees were away from their desks. The cushions could be illegal, a lawyer was quoted as saying.

A company administrator surnamed Wang posted about the cushions online, drawing an outraged reaction from internet users, who told the Hangzhou-based company, Hebo Technology, to “butt out” of monitoring employees’ movements.

Wang wrote on social media that she felt duped, having believed that the cushions given to her and to nine other employees were the company’s way of looking after their well-being. Able to monitor heart rate, breathing, fatigue and posture, the cushion also prompts workers to stand and stretch when they have been sitting too long.

“I felt I was naked at work,” wrote Wang. “They seemed to install a monitor on me.

“The data collected – such as when you are at your seat, when you are not, when you become emotional – is all in the hands of your boss. What’s more, the human resources department will check this data. Does it mean that our work performance will be assessed based on this information too?”

Wang realised something was not quite right when she was approached by an HR colleague in the office kitchen, who asked why she had not been “at your desk every morning between 10am and 10.30am”. The manager then made “joking” threats that the company would cut her bonus.

The company denied it used the cushions, which it developed itself, to monitor the behaviour of employees, saying they were simply used to collect trial data before the cushions are taken to market, the 21st Century Business Herald reported.

“The intention in giving the cushion to our staff is to collect more trial data, rather than keep watch on them,” a company spokesman said.

A Screensot of an online report about workers being spied on by their employer via the use of “smart cushions”.

However, the spokesman said the human resources manager had breached privacy rules by sharing data with colleagues, and disciplinary measures were being taken.

He also assured staff that data collected would not be used to review an employee’s work performance and would not affect their salary reviews.

As well as causing widespread outrage online – the cushion scheme, and especially the company’s decision to provide introductory information and consent forms to staff in English – has been criticised by lawyers, who say it may have breached privacy laws.

Yang Wenzhan, a lawyer from the Beijing Zhongdun Law Office, told the 21st Century Business Herald that the company may have acted illegally by allowing the data collected to be shared with other employees – specifically the HR department. He also questioned the legality of supplying information and consent forms in English to the employees.

“If the company has informed the workers about the testing and has obtained their consent, the testing programme is legal,” said Yang. “But these documents are both in English. Can it guarantee that the employees are clearly aware of the content [in the documents]?” he asked.

“The second thing is that the data is shared with the HR department, violating the company’s initial promise that it would keep the data secret.”

Most internet users criticised the Hangzhou company, with one person posting on WeChat, a social media app: “It’s too much. Employees are just tools in the eyes of their boss, without privacy or respect.”

But another user didn’t side with Wang, saying: “It’s definitely not right for you to be lazy at work. If you have personal matters to deal with, you should raise it with your boss.”