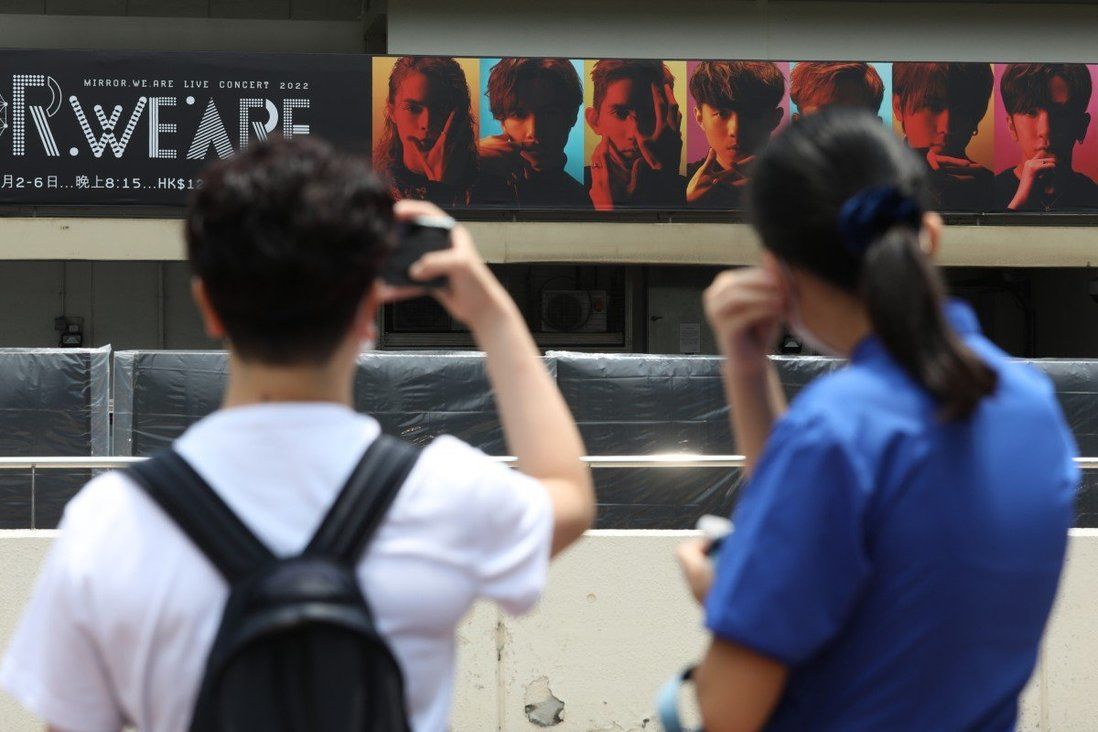 Some concertgoers and those who watched videos of incident have reported insomnia, nightmares and feelings of stress, psychologists say.

An accident involving a giant video screen crashing down onto a stage in the middle of a show by Canto-pop band Mirror has left 20-year-old Venus Chu unable to stomach any more information about the fateful night.

“My mind went blank on the spot and I immediately halted recording [the show]. I cannot re-watch that video clip, I am very scared,” said Chu, who was filming the performance when the accident happened.

The avid Mirror supporter unfollowed many fan club accounts on Instagram immediately after the incident and tried to avoid clips circulating online. Still, it did not stop her from waking up twice that night.

Meanwhile, 20-year-old Tina Yeung Ka-ying, who did not attend the concert, could not stop herself from watching clips of the accident out of stress.

“I really wanted to figure out what happened, so I re-watched the videos multiple times,” Yeung said. The Mirror fan added she was already sensitive to loud sounds and footage of people getting injured after witnessing a car crash four years ago.

“I felt very disturbed and unsettled, I had to take melatonin pills to help with sleep,” she said.

Videos of the incident went viral on Thursday night, as residents sought to understand what had happened at Hong Kong Coliseum. But watching close-ups of the monitor falling down had also left some reeling in trauma, as many who saw the video said they felt scared and unable to process the incident. 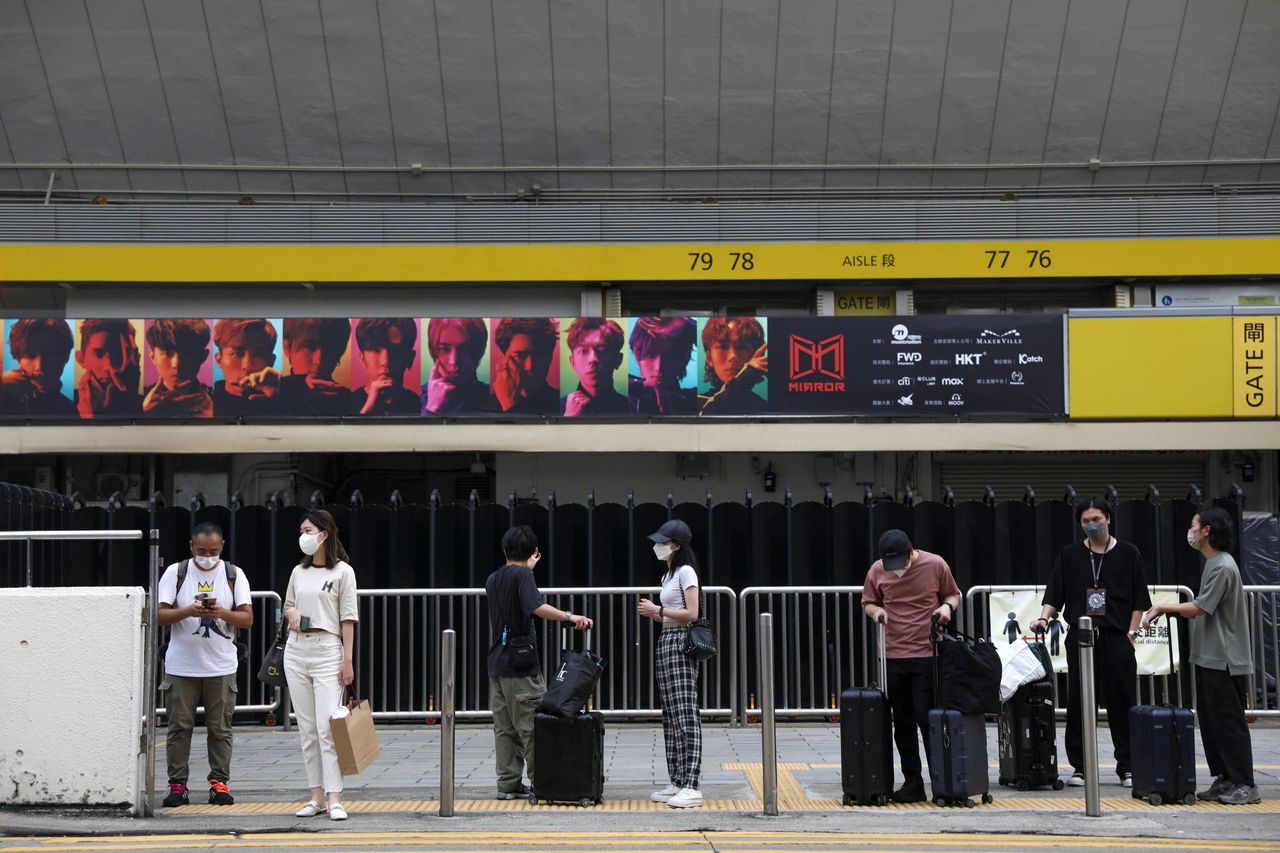 The Hong Kong Coliseum, the venue for Mirror’s 12-night concert.

As of Friday evening, Hong Kong Red Cross’ emergency psychological support service Shall We Talk has received 87 calls and 88 social media pleas for help, with two being referred to psychologists for immediate assistance. Most of the calls were from those who saw footage of the accident.

Dr Eliza Cheung Yee-lai, a clinical psychologist and service in-charge of the Hong Kong Red Cross, told the Post that audience members called in to reflect feelings of shock and numbness, while those who were stressed from watching videos online had reported insomnia and nightmares.

Cheung explained that many audience members at the concert were experiencing strong emotional responses, as the contrast between initial enjoyment during the show to sudden horror during the accident could be incredibly overwhelming.

But she said the unpleasant feelings were not something to be alarmed about.

“These are normal responses to abnormal situations. There is no need to worry too much or pathologise one’s response,” Cheung said. “Most people possess the resilience to cope with these situations. After three days to a week, these reactions will dissipate as they employ various methods to de-escalate stress,” she said.

While Cheung expected most people to recover in a week, she cautioned that those experiencing stress such as extended periods of worry, flashbacks and insomnia for over two weeks should seek professional help for treatment. 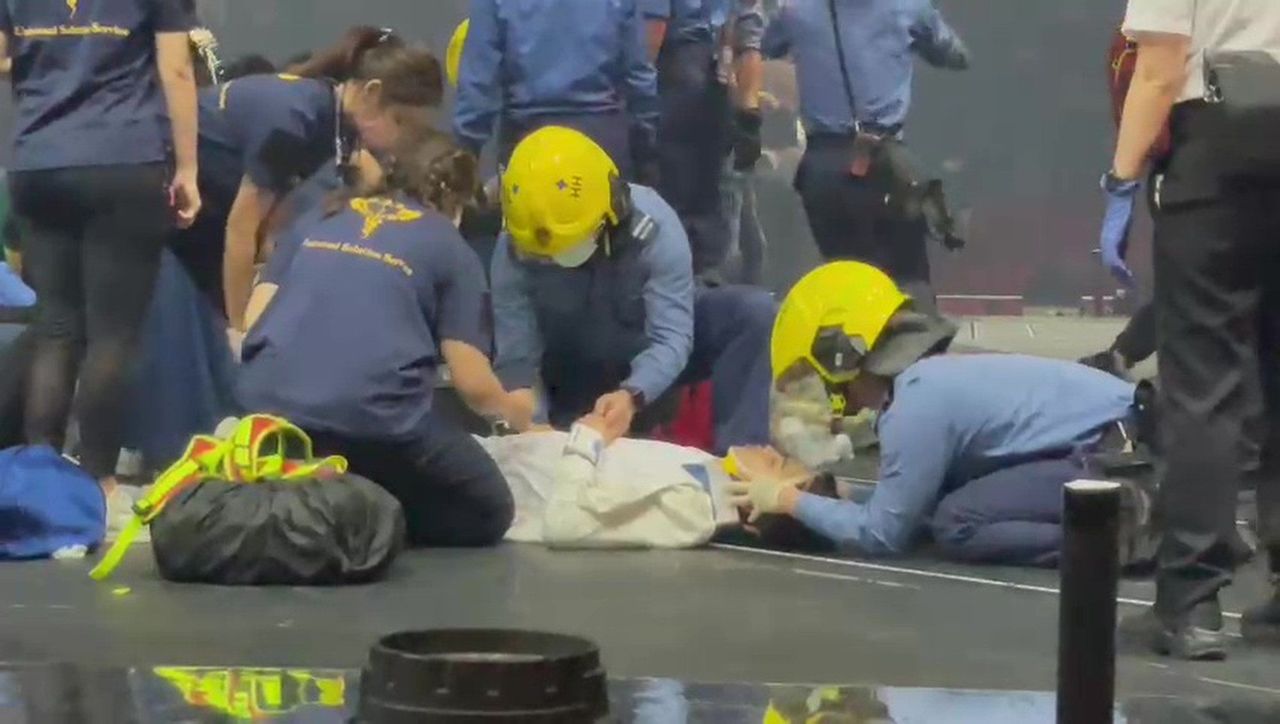 Emergency personnel treat one of the performers injured during the accident on Thursday night.

“Once the reaction becomes PTSD, the person will be hypervigilant about their surroundings, their trust in others will be affected, and they won’t know why they feel this way as their fears become more and more irrelevant to real life,” Yip explained.

Timothy To Wing-ching, founder of the Post Crisis Counselling Network, emphasised the dangers of vicarious trauma, as those who did not personally witness the accident could be traumatised as they imagined themselves in the situation.

Citing the Manila hostage crisis in 2010 when seven Hong Kong tourists and a tour guide were killed when a former police officer opened fire on a bus after hijacking it, To said most distressed callers who rang a similar emergency hotline back then did not directly experience the event.

“One severe case had insomnia for two months, as she would hear gunshots and feel chest pain whenever she closed her eyes,” To said. “The [woman] only saw the event on television.”

As videos, photos and breaking news of the accident at the Mirror concert proliferated online, calls for users to stop reposting footage on their social media accounts increased.

Experts agreed that watching graphic footage of the accident would damage mental health, but had different views on whether a reduction in posts would solve trauma resulting from viewing such footage.

Dr Hou Wai-kai, associate professor of psychology at the Education University of Hong Kong, told the Post that debriefing measures, such as explaining the event and promoting channels of help, would be more effective than controlling the proliferation of information.

“If they want to know more and feel much remains unanswered, finding more information about the incident would resolve their concerns,” said Hou, who reminded members of the public to refer to official sources.

One unifying stance among the experts was the importance of acceptance for the distressed, as they recover from the trauma.

“Don’t rush to offer cerebral comments or criticisms that invalidate the feelings of those who are hurt. Accept their feelings first. Rational commentary can come later,” To said.