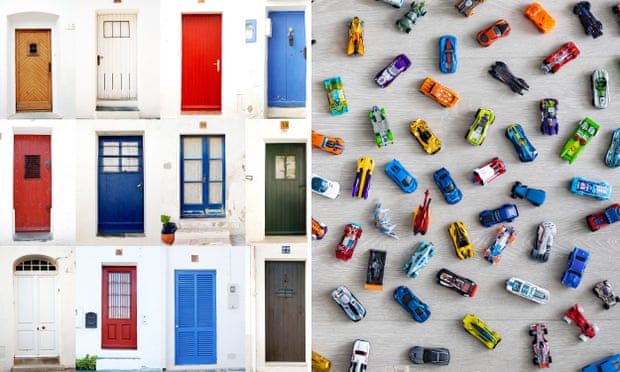 Two weeks ago New Zealander Ryan Nixon created a social media poll for his fewer than 1,500 followers – the rest is history

The New Zealander who unwittingly sparked an agonising global debate over whether there are more doors or wheels in the world has come to his own conclusion – “I’m firmly team wheels”.

Auckland man Ryan Nixon, 37, was at home watching sport two Saturday nights ago when a friend posed the question to a group chat he shares with a bunch of mates. Unable to reach a consensus, he decided to create a poll for his fewer than 1,500 Twitter followers.

“My mates and I are having the STUPIDEST debate … And I am here for it,” he wrote. “Do you think there are more doors or wheels in the world?”

On a usual day, Nixon, who is a rugby referees manager, “is pretty stoked” to get up to 100 votes on a Twitter poll. After posting the conundrum he watched a few votes trickle in and went to bed. On Sunday morning, after a round of golf, he noticed the post had raced up to 14,000 votes, and then, when New Zealand entertainer Jemaine Clement retweeted it to his half-a-million followers, the poll “just exploded”. By Monday, he had switched off his notifications because it was “getting out of hand”.

But the debate did not stop there, with the poll spawning countless TikTok videos, social media posts and ongoing media commentary as people went round and round trying to get to the bottom of the answer, only to find themselves standing in front of a hypothetical locked door – ultimately, the question is unanswerable, or at least would take significant resources and time to come to any sort of reliable conclusion.

Nixon said the question had been floating around the internet for a while, but “for whatever reason – good luck, good timing and good luck with some of the retweets – it just took off from there”.

“To get a quarter of a million [votes] is just ridiculous, I can’t explain it.”

However, Nixon has some theories on why the question has induced such a feverish response. “If you’re having a debate with your mates, it’s so easy just to jump on Google and win or lose the argument, but for this one there is no answer – it would take forever to try to solve it.

“The beauty of it is people can pick a side and argue for or against … and some people do that pretty aggressively.”

It was interesting to him that people were firmly one or the other. Nixon himself had immediately jumped on the “door” bandwagon, but after engaging in some “critical thinking” and reading through numerous arguments for and against, he switched to team “wheel”.

“People were pointing out office chairs and trolleys and wheels in your drawers and wheels on sliding doors and on toys. I’m firmly team wheels now.”

Nixon said his brush with fame was surreal and fun, but that it would “peter out soon” and he could go back to living his normal life. Until then, he was happy he created some silly respite for people around the world.

“With everything else that was going on with Covid, Russia and Ukraine, and petrol prices, providing people with a lighthearted distraction or entertainment was cool.”