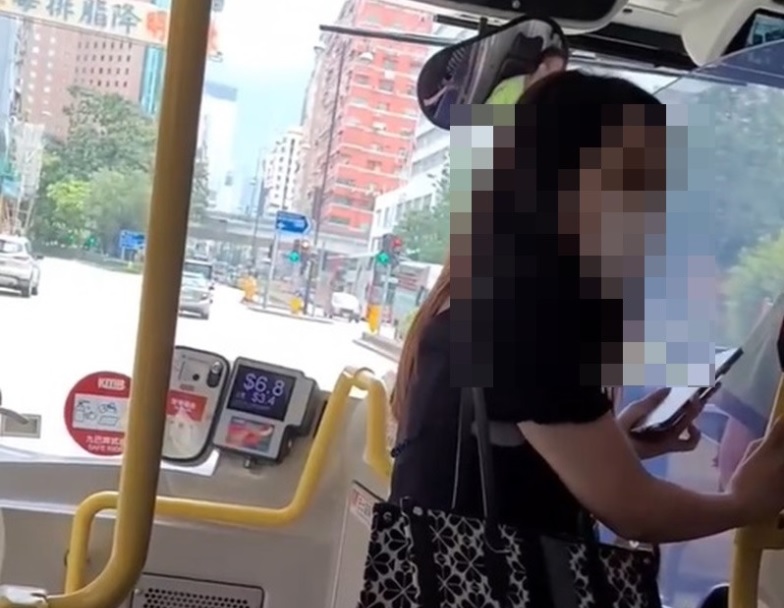 I am not a spoiled princess: woman apologizes for swearing at bus driver

A woman apologized to the public for swearing at a KMB bus driver for not letting her off immediately after she missed a stop yesterday. She said she is not a "spoiled princess," but lost her temper because she was in a hurry.
In the video that went viral online, she yelled at the driver, shouting: “How do I know where the next stop is? Open the door! I am in a rush!” She even went as far as to wear at the driver.

Speaking to media today, the woman said the video showed only a part of what really happened at that time. She said she was traveling on bus 270A at around 2pm yesterday and was in a rush for a meeting at that time. As she came downstairs from the upper deck as bus stopped at Yau Ma Tei Fire Station, she was “blocked” by a large man who was moving slowly.

“It was not like how netizens said: that I asked the driver to open the door suddenly. I am not crazy. I am sure that door was still open when I reached the lower deck. It's like the driver didn't let me alight on purpose,” she said.

She pointed out that apart from her, the large man who “blocked” her way and another passenger wanted to alight the bus at that stop as well. In the end, Chan alighted the bus at Gascoigne Road bus stop and she missed a quarter of the meeting.

She stressed the drivers for route 270A always skip certain stops.

Chan also said she did not agree with netizens who call her “Yau Ma Tei Princess.” “I am not a spoiled princess,” she said. “I don't think he (the driver) needs an apology. But if it is about me swearing, I will apologize to the public – I should not have sworn in the public.”

KMB, on the other hand, praised the bus driver for handling the incident calmly. It also published a post on Facebook today reminding passengers who wish to alight to ring the bell and went downstairs to the lower deck in advance.
#Facebook
Add Comment