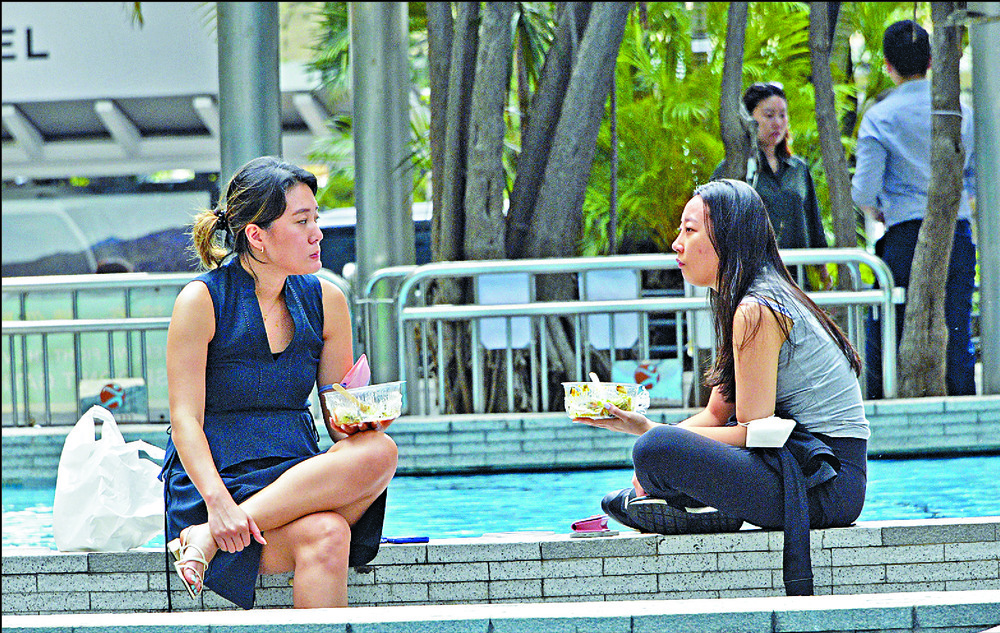 Some 45 percent of local employees have been offered hybrid work - a mix of working at the office and at home - but nearly 90 percent wish they can fully or mostly work from home, a survey found.
One of the "big four" audit firms, PricewaterhouseCoopers, surveyed over 50,000 employees across more than 44 regions in March.

The results showed that of the 1,043 Hongkongers surveyed, the number of employees who enjoy hybrid work is lower than the global average at 54 percent.

Around 90 percent intend to ask for a pay rise in the coming year, higher than the global average of 73 percent.

Some 83 percent plan on requesting a promotion, which is also higher than the global average of 67 percent.

However, attitudes vary depending on age. The city's Generation Z - those born in the late 1990s and early 2000s - were less likely to ask for a raise as only 38 percent of Gen Z youths and 21 percent of millennials said they plan to do so, compared with some 41 percent of their peers worldwide.

Nevertheless, the youths are still significantly more likely to ask for a raise or a promotion than Generation X - those born in the 1960s and 1970s - and baby boomers.

Further, 72 percent said they are likely to switch jobs in the coming year.

Regarding skill shortages, 62 percent think they need more professional training, slightly lower than the global average of 69 percent, while some 48 percent of employers recently chose to upskill their employees.

Overall, the SAR scored relatively well in this category as only 39 percent believe their fields have a manpower shortage - fewer than the global average of 46 percent.

Albert Lo Kai-ho of PwC Hong Kong said the human-resources market here has big challenges ahead as many workers plan to ask for a raise.