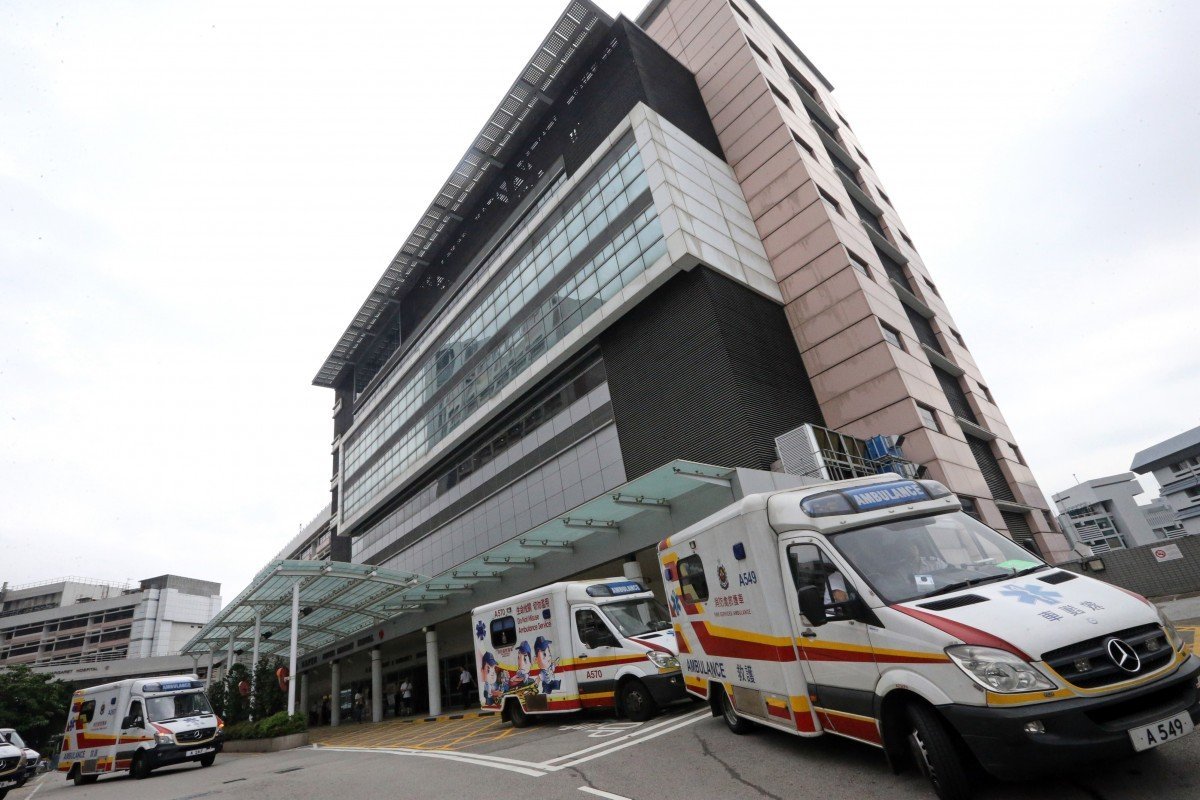 Preliminary results for husband of grandmother infected with coronavirus are positive for virus; five-year-old granddaughter also has disease. But officials say plans to restore some normality in city have not changed

Hundreds of Hong Kong households will have to be screened for Covid-19 to tackle a potential new community cluster of infections after family members of a grandmother who contracted the coronavirus locally also tested positive.

Health authorities were also ramping up testing to cover hundreds of workers at the airport as the city reported a new imported case on Wednesday, along with the case of the 66-year-old woman – the first local transmission in more than three weeks – and her five-year-old granddaughter. The woman’s husband tested preliminary positive as well.

Officials called for continued vigilance to minimise the risk of infection, but had no plans to reverse last week’s easing of social-distancing measures and opening up of leisure venues, or to postpone the reopening of schools.

The case of the grandmother was confirmed after a 23-day streak with no locally transmitted coronavirus infections, sparking concern about a possible resurgence of the disease in the city.

The new local infections, along with the imported case, brought the total number in the city to 1,050. The imported case was a 43-year-old man, who returned from Pakistan via Doha on Qatar Airways flight 818 last Friday, and tested positive on Tuesday, having developed a fever at a quarantine facility.

Dr Chuang Shuk-kwan, head of the communicable disease branch of the Centre for Health Protection, announced on Wednesday afternoon that her department would expand its testing programme to cover workers at Hong Kong International Airport, where 500 of them would be screened per day.

Ground staff were considered high risk due to their close contact with inbound travellers, she said.

Chuang said her branch was also devising a plan to extend testing to residents with mild symptoms in homes for the elderly, while a range of people who had been in contact with the grandmother and granddaughter needed to be tested as well.

Undersecretary for Food and Health Dr Chui Tak-yi said the government, despite the new diagnoses, had no plan to reverse last week’s easing of restrictions on public gatherings, as well as leisure venues such as bars and cinemas.

He said experts around the world had warned that it was going to be a long battle against the pandemic, which required the government to adopt a flexible approach.

“There cannot be just one heavy-handed approach to suppress, reduce or stop all activities in the long run because it is not practical. The government has other needs to consider including social welfare and economic ones,” Chui said.

From late March, the government imposed a ban on public gatherings of more than four people, and shut 11 types of business establishments. But the government relaxed the ban to groups of eight and allowed most of the businesses to reopen on May 8.

The grandmother, who lives on a public housing estate in Tsuen Wan and regularly looked after the five-year-old at a nearby house, had not left Hong Kong for three months before she was confirmed to have the coronavirus on Tuesday.

After she tested positive, seven of her eight family members required tests as they had developed symptoms, Chuang said. Many more were still to be tested.

Before she was admitted to hospital, the woman had been to the Lei Muk Shue market. The staff at the stalls she visited would be screened, as well as residents of Block 5 of Lei Muk Shue Estate, where she lives, and Cheuk Ming Building, where the child stayed. A total of 860 households were expected to be tested.

The five-year-old had recently been to a learning centre, Glory Learning House, on Sha Tsui Road. Staff and students who were there at the same time would also have to be screened, officials said.

About a dozen families on her mother’s side would also need to be tested, because the girl had been to her other grandmother’s home at Charming Garden, Tai Kok Tsui.

Professor Yuen Kwok-yung, a veteran microbiologist at the University of Hong Kong, said the new cases were alarming, as it meant the community could be facing multiple invisible transmission chains. He said it would be critical to monitor the situation over the next two weeks.

“We know there is a hidden chain of infection in the community,” Yuen told a radio programme on Wednesday. “Without locating the origin and breaking the chain, we cannot resume school.”

But Secretary for Education Kevin Yeung Yun-hung said plans for a phased resumption remained unchanged, although his bureau would continue to seek advice from health experts.

Teddy Tang Chun-keung, chairman of the Hong Kong Association of the Heads of Secondary Schools, said many heads were still preparing for a return to classes in two weeks.

“We have not ruled out that there could be isolated, individual local infected cases, even after classes resume in June or July … But if there was a community outbreak, it would definitely not be suitable to have face-to-face classes,” he said.

Cheung Yung-pong, honorary chairman of the Aided Primary School Heads Association, said it was difficult to stay at an “absolutely zero-risk level” and expected classes would resume as planned.

Another infectious disease expert, Dr Ho Pak-leung, warned of more Covid-19 cases to come. He said the elderly woman might have been infected through contact with recent travellers, and urged health officials to check if anyone was under home quarantine at the woman’s housing estate.

Other experts said Hongkongers were facing the prospect of living with the coronavirus, as long as the number of cases remained low and well under control.