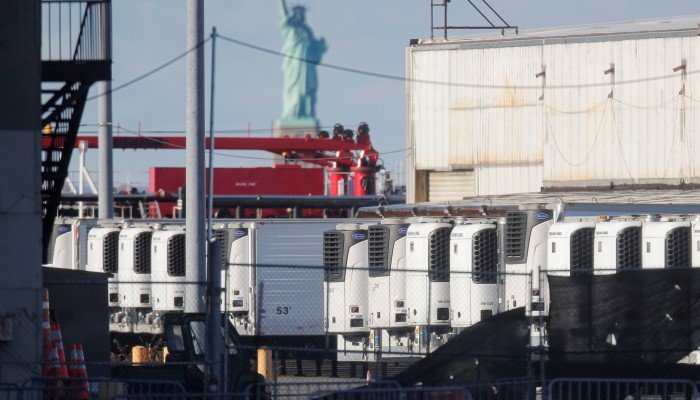 Many of the 650 bodies are stored at a disaster morgue set up during New York City’s coronavirus surge in the spring.

Hundreds of bodies are still stored in freezer trucks at a disaster morgue set up during New York City’s coronavirus surge in the spring, according to the city’s Office of Chief Medical Examiner.

Many of the 650 bodies at the disaster morgue on the Brooklyn waterfront are of people whose families can’t be located or can’t afford a proper burial, officials told The Wall Street Journal.

Normally, the deceased would have been buried within a few weeks in a gravesite for the indigent on Hart Island in the Long Island Sound. But as Covid-19 deaths surged in New York in April, with as many as 800 deaths in one day, Mayor Bill de Blasio pledged that mass burials in temporary graves wouldn’t take place.

The medical examiner’s office is having trouble finding relatives of about 230 deceased people, officials said. When next of kin have been contacted, many bodies haven’t been collected because families haven’t arranged burial for financial reasons, nor have they requested free burial on Hart Island.

The city is slowly reducing the number of bodies in storage, with the number declining from 698 to 650 since mid-September, according to Dina Maniotis, the chief medical examiner’s office’s executive deputy commissioner.

New York state has reported at least 34,187 deaths of people due to Covid-19, according to data from Johns Hopkins University. 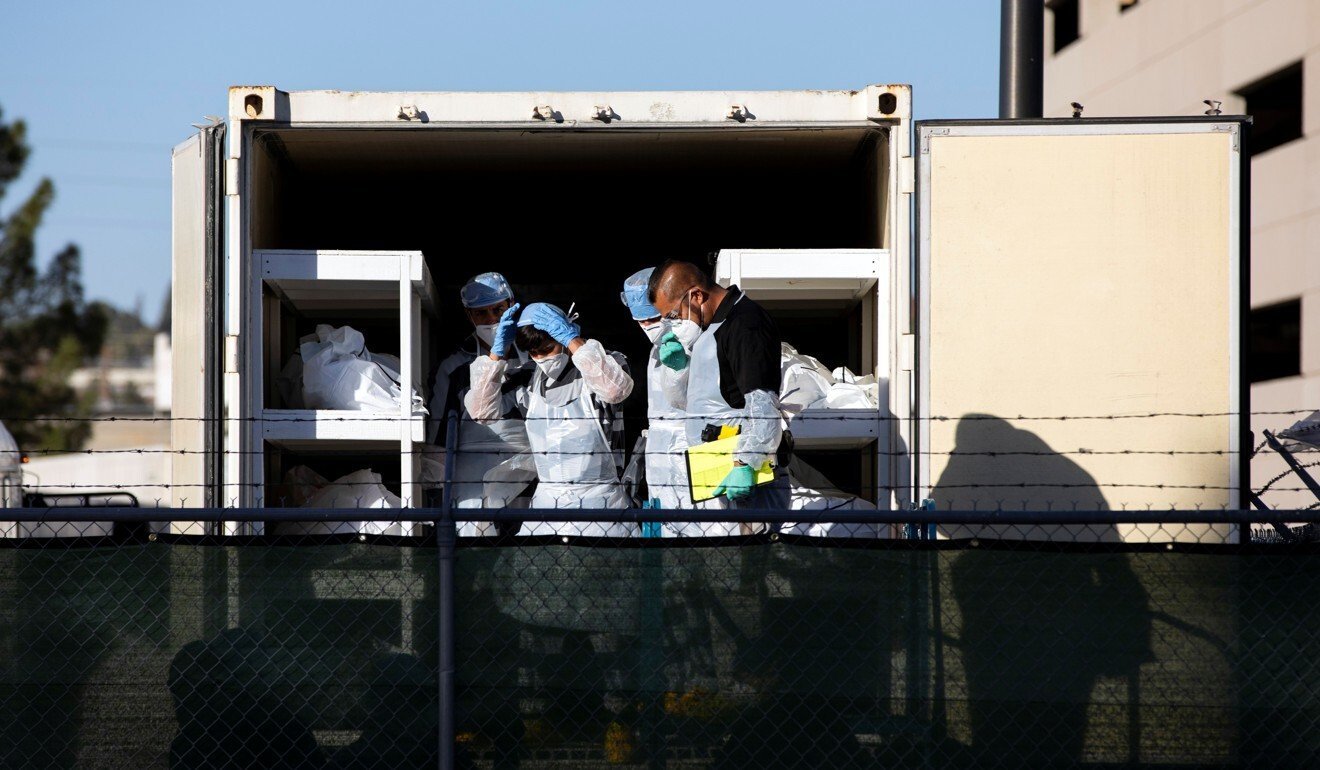 El Paso county in Texas is paying jail inmates US$2 an hour to help move corpses.

The state will reopen an emergency surge facility for Covid-19 patients at South Beach on Staten Island, he said.

“Hospitalisation is a nice way of saying ‘more people die’,” he said.

Coronavirus cases statewide topped 600,000 since the start of the pandemic, having added 100,000 since late October. New York has had more than 5,000 new cases daily for the past seven days.

Ahead of Thanksgiving, the state is increasing restrictions for several parts of the state including Staten Island, Manhattan, Erie County, Long Island and the Finger Lakes.

“This is a toxic cocktail of dynamics and facts,” Cuomo said.

The overall US death toll has reached about 257,000, by far the most in the world. Confirmed infections have eclipsed more than 12.3 million.

The Texas border county of El Paso, where more than 300 people have died from Covid-19 since October, is advertising jobs for morgue workers capable of lifting bodies weighing 80kg or more. Officials are offering more than US$27 an hour for work described as not only physically arduous but “emotionally taxing as well”.

The county had already begun paying jail inmates US$2 an hour to help move corpses and has ordered at least 10 refrigerated trucks as morgues run out of room.