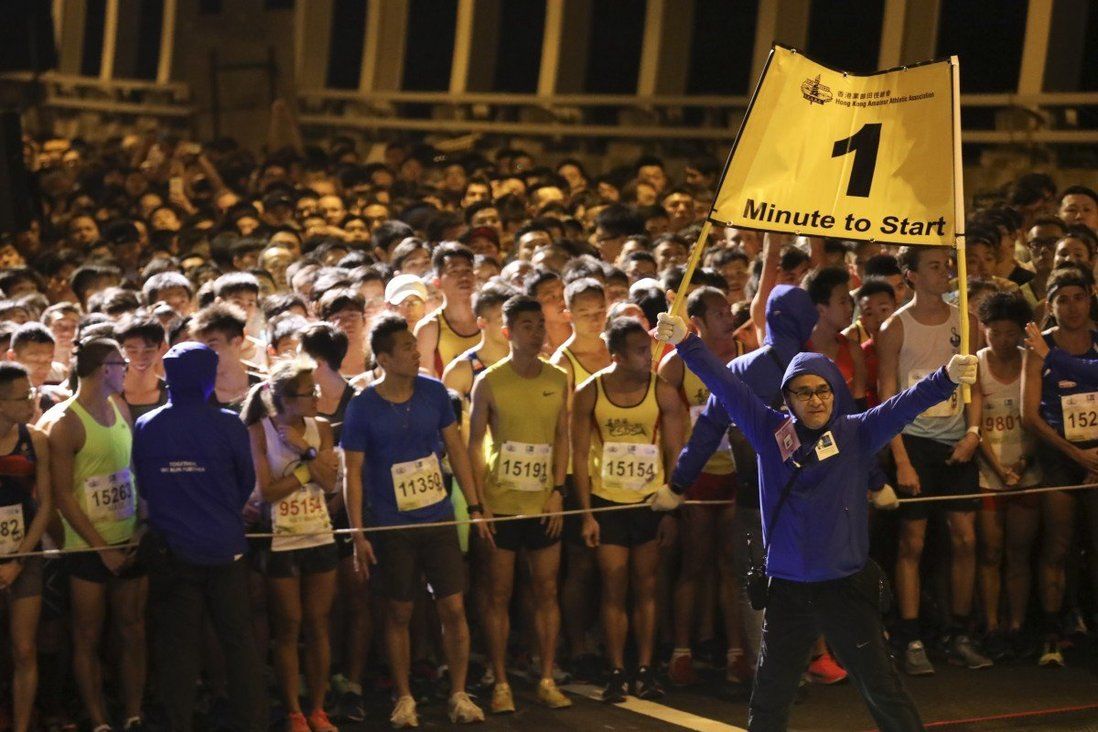 The annual race returns on Sunday, October 24 with a slimmed-down field of 18,500 participants across the three categories, a vast reduction on the 74,000 runners who took part in 2019.

Hong Kong sport received a timely boost on Wednesday evening when this year’s embattled edition of the Standard Chartered Hong Kong Marathon was finally given approval to go ahead after months of high-level talks.

The Marathon, which was cancelled outright in 2020 due to the spread of coronavirus, will be held on Sunday, October 24, with a vastly reduced field of 18,500 runners across all three race categories, and with strict Covid-19 regulations in place. 74,000 runners took part in the last edition in 2019.

More than half of the runner quota for the three contests – marathon, half-marathon and 10-kilometre – have already been reserved for runners who successfully enrolled in last year’s cancelled race.

The annual blue-riband event will be the city’s first large-scale public participation sporting event since the emergence of the Covid-19 pandemic.

Marathon organiser, the Hong Kong Association of Athletics Affiliates (HKAAA), revealed last Thursday that it was hopeful negotiations at an emergency meeting with government officials had made sufficient progress to stage the race, but could still not confirm the event on.

Organisers had given themselves an August deadline to salvage the race after it was initially pulled from its usual January slot on the calendar, before being postponed again in April due to the escalating Covid-19 pandemic situation and the notorious Hong Kong summer heat.

“Since the cancellation of last year’s Standard Chartered Hong Kong Marathon, the organiser has been closely monitoring the pandemic progress hoping to resume the race at the best time,” said Kwan Kee, chairman of Hong Kong Association of Athletics Affiliates. 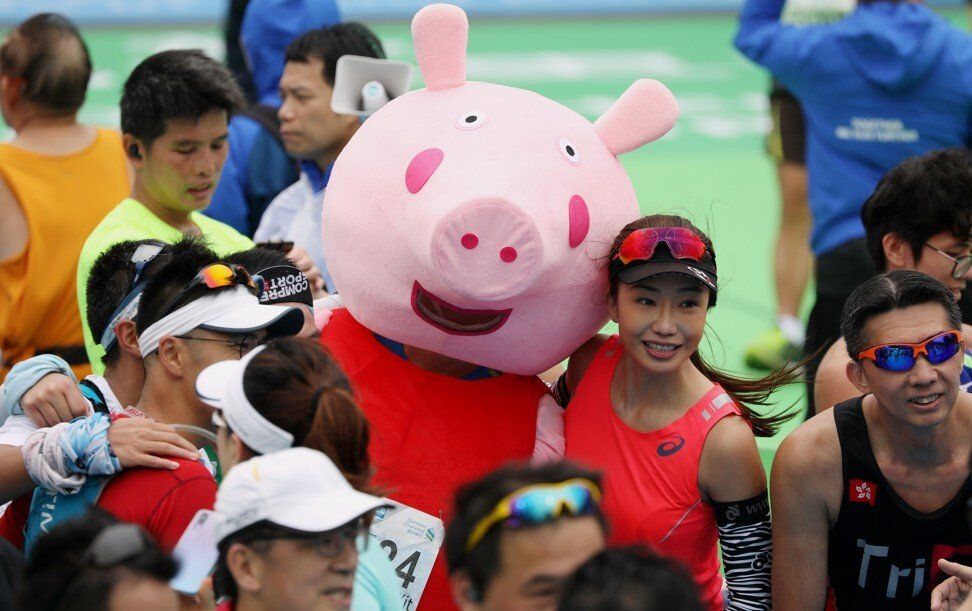 The Standard Chartered Hong Kong Marathon is one of the city’s most popular mass-participation events.

“Our utmost priorities are always the safety of the public ... After continuous discussions with relevant government departments, we are aware of the anti-pandemic guidelines including the pre-race Covid-19 test. 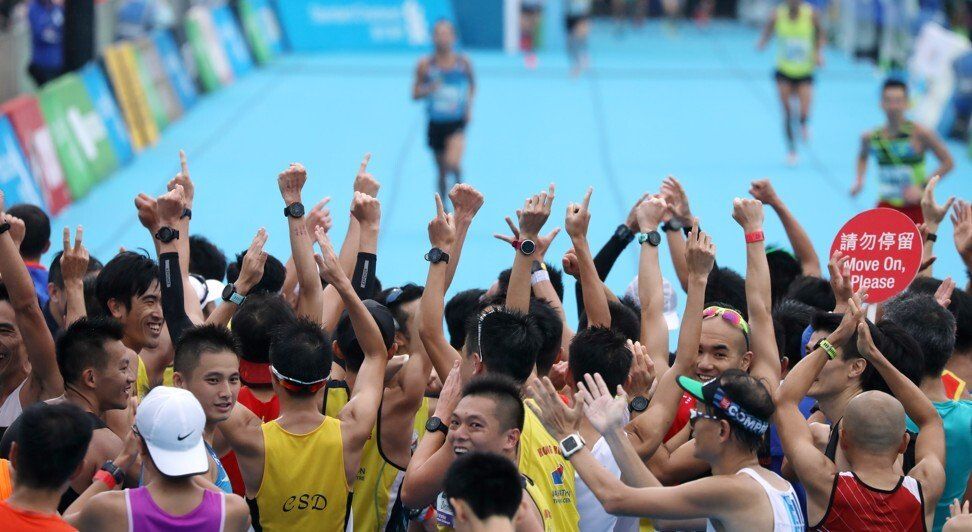 Participants gather at the finish line in Victoria Park after the Standard Chartered Hong Kong Marathon.

The HKAAA stressed the need for a green light by early August claiming there was insufficient time to prepare for the event if they were forced to wait longer for approval.

On why it took so long for the authorities to give the go-ahead, a government insider, who was familiar with the matter, said the police force expressed hesitation about exempting the event from the four-person maximum limit on public gatherings, despite the Home Affairs Bureau greenlighting the event a long time ago.

“The police force had extra concerns for street events. The consideration was different when compared with previous events held in fixed venues in which Covid-19-related restrictions could be imposed relatively easier,” the source said.

But it added that the force also understood that the policy bureau had been under huge pressure from sports associations and charities who were planning similar events.

Earlier this week, Commissioner of Sports Yeung Tak-keung appeared to dampen expectations around the Marathon when he told a radio show that the field would likely be reduced to just 10,000 fully vaccinated runners.

“If the marathon is held successfully, the route will be changed and the number of participants is expected to be limited to 10,000, with the requirements of completing two doses of vaccines,” Yeung said.

All runners will be required to produce certificates indicating they have received two doses of a Covid-19 vaccine on or before October 10, and a health declaration form confirming they have not stayed in places outside Hong Kong in the prior 21 days. Runners must also submit to a nucleic acid test within 72 hours of the race. 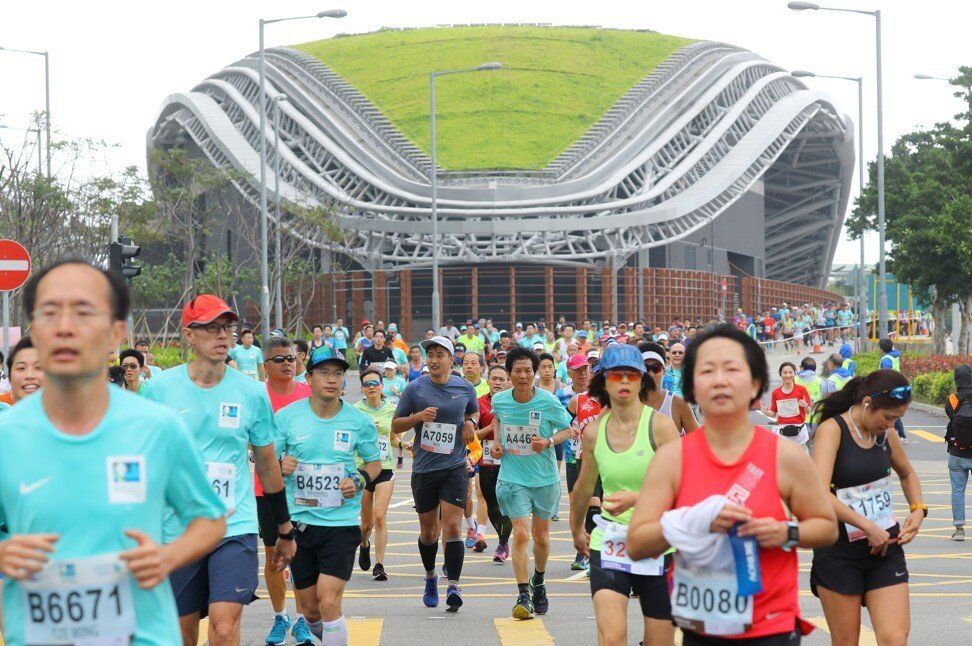 The start area for the marathon will be located on Nathan Road in Tsim Sha Tsui, and the race will finish at Victoria Park in Causeway Bay. There is a total prize fund of US$73,000 on offer.

Registrations for the public ballot to enter the race open at 10am on September 2. Organisers said that, due to the scaling-down of this year’s edition, unsuccessful applicants can again choose to reserve a spot in the 2022 race.