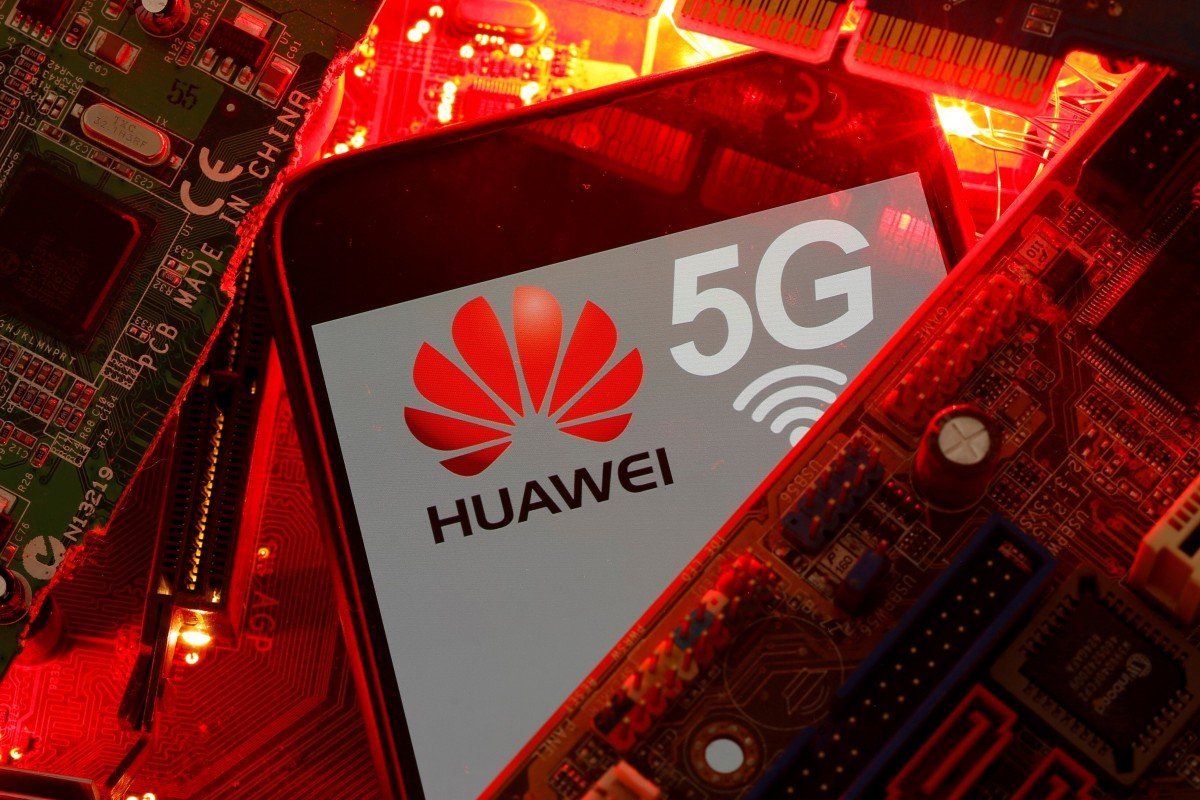 Huawei Technologies saw its shipments in China decline in the third quarter this year for the first time since 2014 after being hit by the latest round of US sanctions in August, according to research firm Canalys﻿.

While it is still the biggest player in the market, Huawei’s shipments fell 18 per cent year-on-year to 34.2 million units and its market share shrunk from 44.3 per cent in the previous quarter to 41.2 per cent in the third, Canalys said in a report released on Friday.

“Huawei is facing its most serious challenge since taking the lead in 2016,” Canalys analyst Mo Jia said. “If the position of the US administration does not change, Huawei will attempt to pivot its business strategy, to focus on building the Hongmeng OS and software ecosystem, as the Chinese government is eager to nurture home-grown alternatives to global platforms.” 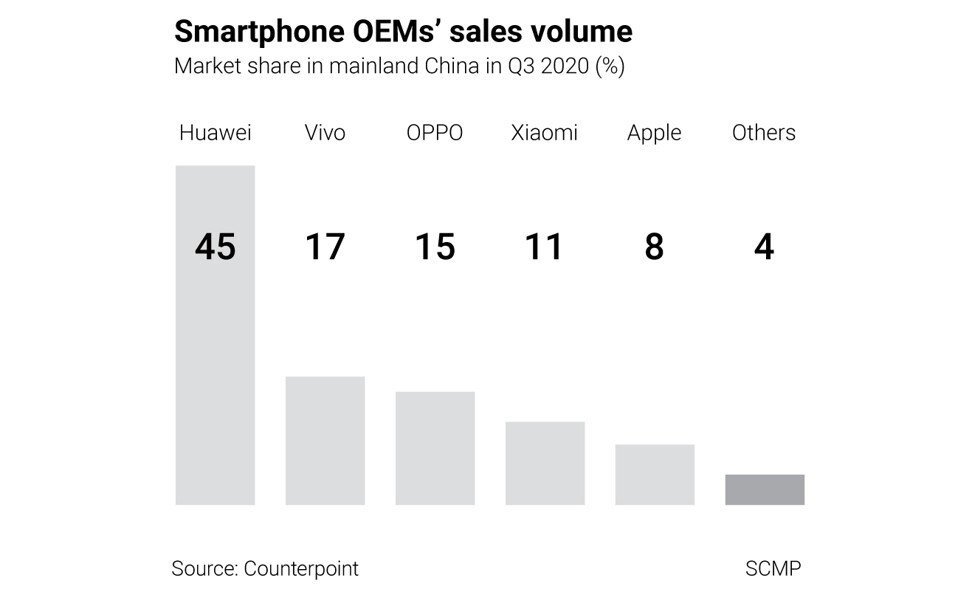 The tightened US rules in August, which prohibit Huawei from bypassing earlier sanctions by sourcing products via third-party suppliers, have been described as a “death sentence” for the Shenzhen-based company.

Jia said the decline was “expected” because Huawei was forced to restrict its smartphone shipments following the latest sanctions, causing a void that its peers were not equipped to fill.

The analyst predicted that Huawei’s competitors would move fast in the fourth quarter to try to fill this void, as well as take over Huawei’s advertising placements and retail floor space. “While moving quickly is risky amid a declining market and a global pandemic, this is a one-time opportunity for Huawei’s rivals in China, which will not last,” Jia said. 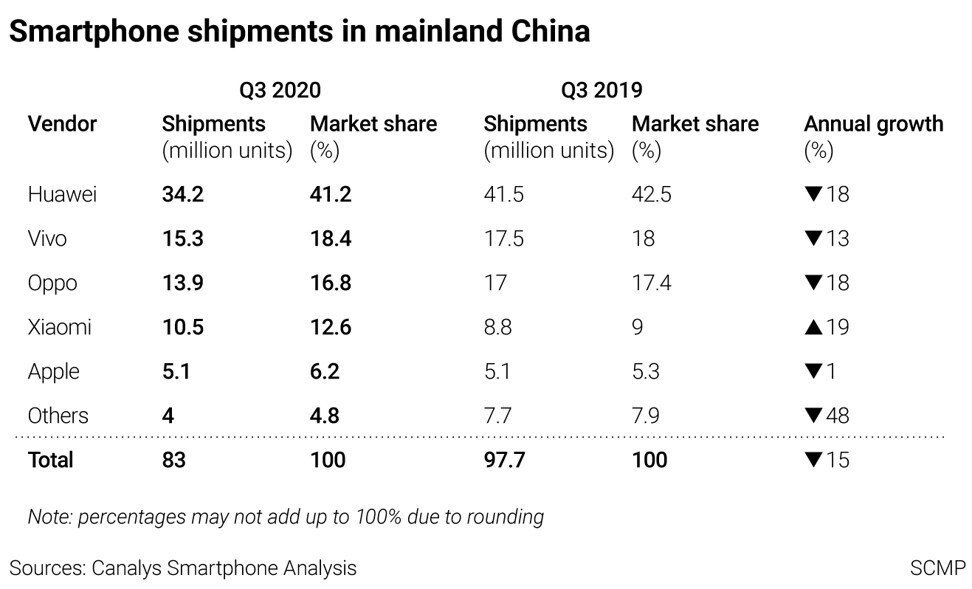 Aside from Huawei, Vivo and Oppo – the second- and third-biggest smartphone vendors in the China market – also saw their shipments fall by 13 per cent and 18 per cent respectively, compared with the same period last year, according to the Canalys report.

Xiaomi, which is the fourth largest in the market, was the only major player to achieve growth in the quarter, with its shipments up 19 per cent year-on-year, Canalys data showed.

Apple, which is fifth in China, saw its shipments edge down by 1 per cent year-on-year to 5.1 million in the quarter, according to Canalys.

The company﻿’s revenue in Greater China, one of its most important regions, fell 29 per cent in the quarter to US$7.9 billion, the lowest since 2014, the iPhone maker﻿ said on Thursday. 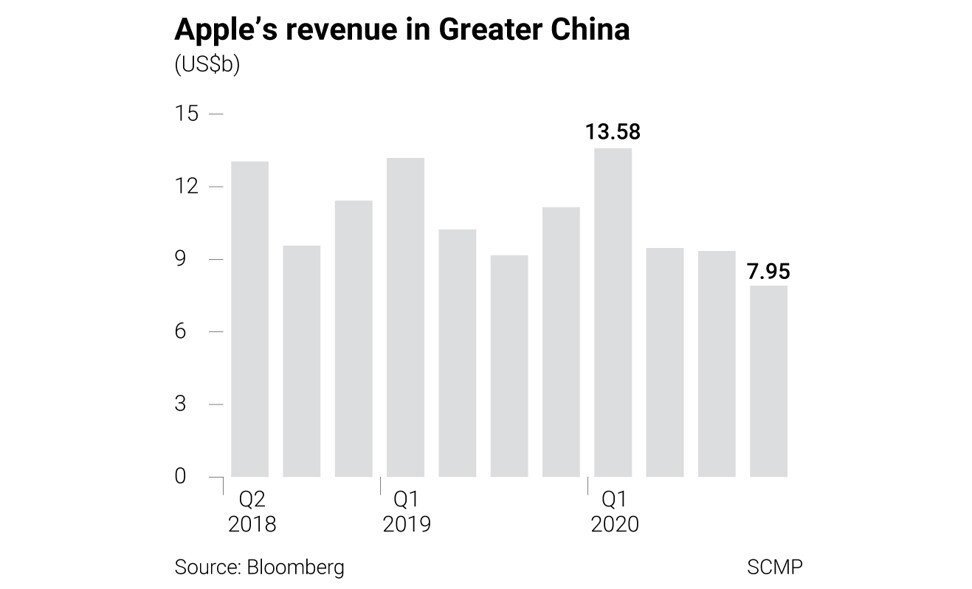 The US tech giant usually launches a new flagship phone in September but did so in October instead this year.

“Despite not launching a new iPhone flagship in September, Apple avoided a severe drop in Q3, propped up by more affordable iPhones, such as iPhone SE and iPhone 11,” said Canalys vice-president of mobility Nicole Peng.

“However, moving forwards, the iPhone 12 series will be a game-changer for Apple in Mainland China. As most smartphones in China are now 5G-capable, Apple is closing a critical gap, and pent-up demand for its new 5G-enabled family will be strong.” 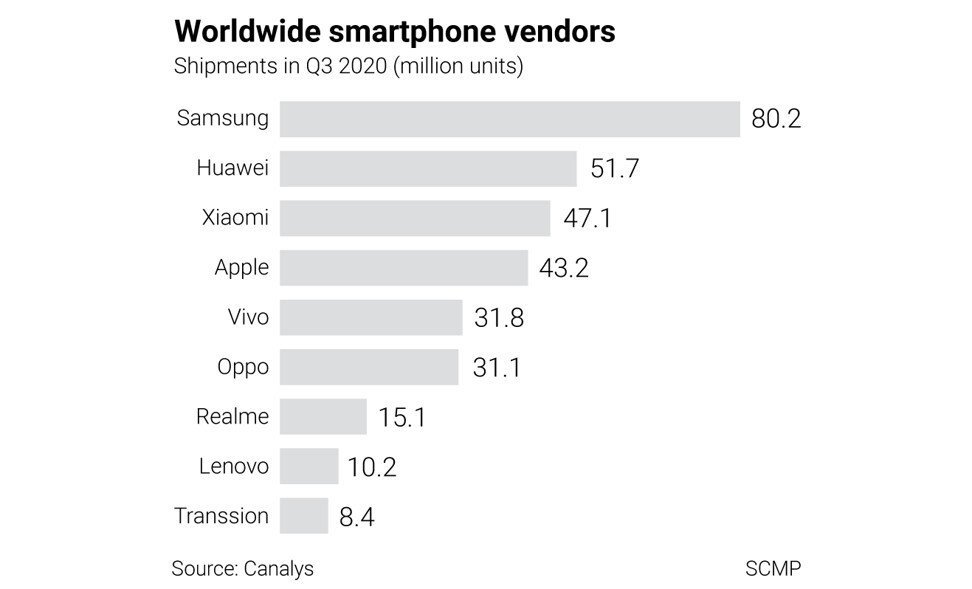 Globally, Huawei shipped 51.7 million handsets in the third quarter, losing its crown to Samsung Electronics which shipped 80.2 million phones, according to a separate report by Canalys on Thursday.

Xiaomi made it to the top three worldwide for the first time, with 88 per cent growth in the European market, according to the report, which noted that worldwide smartphone shipments declined slightly by 1 per cent year-on-year to 348 million units in the quarter.