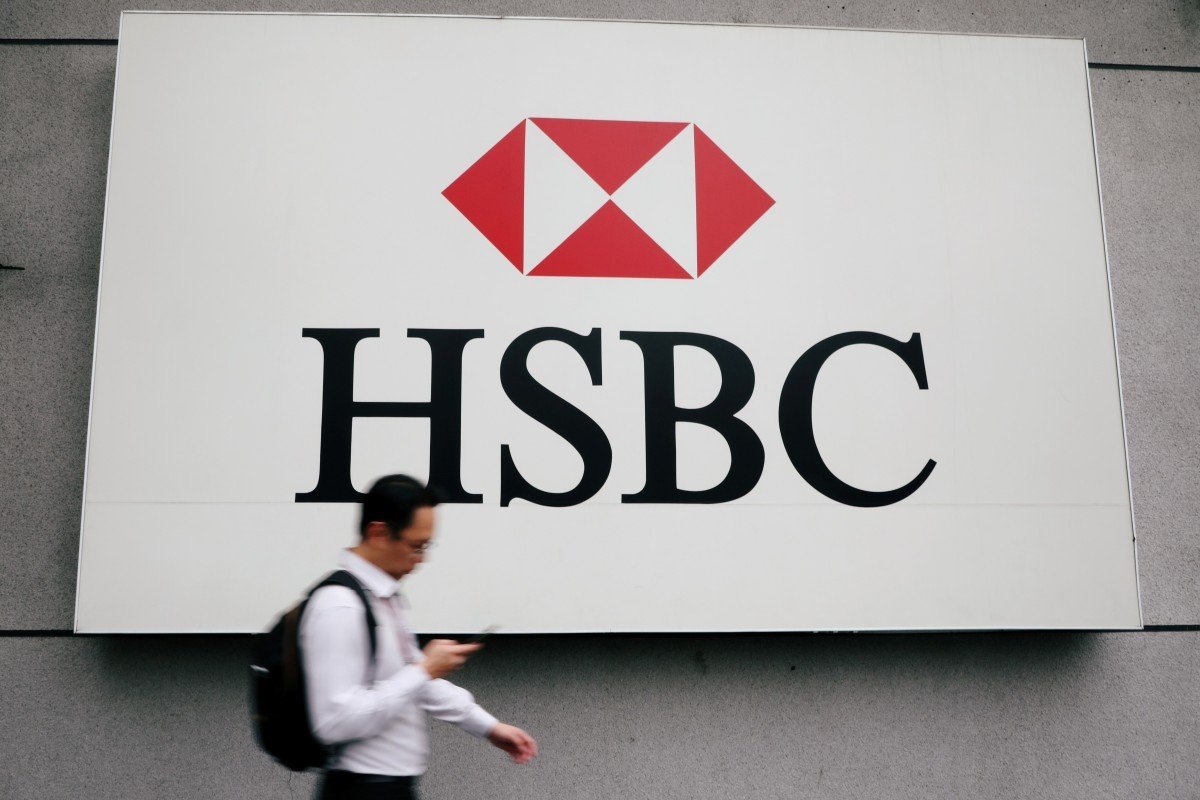 HSBC plans to cut as many as 35,000 jobs as part of a massive overhaul first unveiled in February. The London-based lender paused jobs cuts in March because of the ‘extraordinary impact’ of the coronavirus pandemic on the global economy
HSBC plans to resume thousands of job cuts planned as part of chief executive Noel Quinn’s strategy to further pivot to Asia, but paused in March as the coronavirus pandemic pushed the global economy towards a recession.

Quinn said in an internal memorandum on Wednesday

that the measures, originally announced in February as part of an effort to reduce annual costs by US$4.5 billion, “are even more necessary today”, adding that “virtually all economic forecasts point to challenging times ahead”.

Quinn said Hong Kong’s biggest lender still intends to proceed with efforts to cut its headcount from about 235,000 people currently to close to 200,000 in the “medium term”. The bank had previously said the cost cuts would be fully implemented by 2022.

“I know that this will not be welcome news and that it will create understandable concern and uncertainty, but I want to be open with you about the reality of the current situation,” he said in a memo seen by the South China Morning Post.

A HSBC spokeswoman confirmed the contents of the memo on Wednesday.

The job cuts were paused in March as the coronavirus pandemic forced cities from New York to London to Singapore into lockdown and began to weigh heavily on economic activity. “The decisions we are announcing today enable us to better support our people during the present uncertainty, while remaining focused on our ambition to transform the bank,” Quinn said at the time, in a memo on March 26.

The National Bureau of Economic Research said last week that the United States’ economy fell into a recession in February, ending the longest economic expansion in the nation’s history. The International Monetary Fund said on Tuesday the “Great Lockdown” is expected to push both advanced and emerging market economies into recession this year, the first time that this has happened since the Great Depression.

Like many of its banking rivals, HSBC placed the “vast majority” of its planned job cuts on hold as the downturn worsened this year, but had been expected to resume those as soon as the economic picture cleared up.

Non-essential retail shops reopened in the United Kingdom on Monday, as a months-long lockdown began to ease in the country. The UK is HSBC’s second-biggest market behind Hong Kong, which has also further eased social distancing rules this week.

As part of a revamped strategy announced in February, HSBC, which is based in London, but generates most of its profit in Asia, is making a bigger bet on rising incomes over time in mainland China and Asia, particularly the development of the Greater Bay Area.

Quinn has said the bank, one of three lenders authorised to issue currency in Hong Kong, would shift capital from underperforming businesses in Europe and the US to growth markets, such as Hong Kong and other parts of Asia. The bank previously said it planned to shrink its investment bank in Europe and the US, and cut its American retail branch network by 30 per cent as part of the reshaping of its businesses. The bank has not broken down the reduction in headcount by individual regions.

In May, HSBC agreed to take full control of its Chinese life insurance joint venture as it took advantage of new rules that have further opened up China’s financial services industry.

“Since February, we have pressed forward with some aspects of our transformation programme, but we now need to look to the long term and move ahead with others, including reducing our costs,” Quinn said. He said the bank’s executive committee would look at what actions it must take in the second half of the year “to ensure we are well positioned for 2021 and beyond”.

Since announcing the pause, HSBC has faced a much more challenging economic environment as businesses across the globe laid off workers and closed operations, while central banks pushed interest rates to historic lows to stimulate global growth.

Federal Reserve Chairman Jerome Powell, for example, said last week that the US central bank was not planning to raise interest rates any time soon and some Fed officials indicated rates could remain near zero through 2022.

“When making decisions about redundancies, we will proceed thoughtfully and consider local circumstances,” Quinn said. “We will aim to redeploy colleagues where we can. To support this commitment, the freeze on the vast majority of external recruitment will remain in place, and we will make every effort to fill vacancies internally.”

The bank has also found itself in the middle of a row between Washington and Beijing over a new national security law for Hong Kong after Peter Wong, its Asia-Pacific chief executive, signed a petition in support of the legislation and the bank put out a carefully worded statement this month.

“As a member of the Hong Kong Association of Banks (HKAB), consistent with the statement issued on May 26 by HKAB, we reiterate that we respect and support laws and regulations that will enable Hong Kong to recover and rebuild the economy and, at the same time, maintain the principle of ‘one country, two systems’,” HSBC said in a post on one of its social media channels in the mainland on June 3. “We are fully committed to playing our part in supporting Hong Kong now and in the future.”

Major businesses that rely on Hong Kong, including Jardine Matheson Group, the owner of the Mandarin Oriental hotel chain, Swire Pacific, the parent company of the city’s de facto airline Cathay Pacific, and banking rival Standard Chartered have also expressed public support for the law, along with the city’s property developers.

Quinn said the bank does not have a single unified timetable for the job cuts, as different countries have different laws regarding redundancies. He said everyone who loses their job this year will “remain either employed or paid for much of the rest of this year”.

“We could not pause the job losses indefinitely – it was always a question of ‘not if, but when’,” he said. “It is now right in my view that we restart this part of our transformation and manage it well.”
#Coronavirus
Add Comment