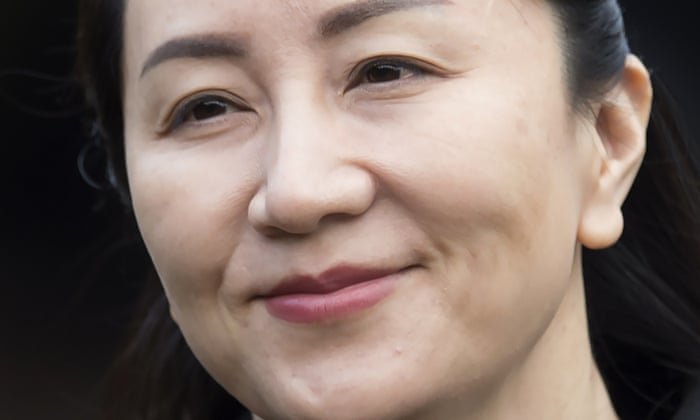 In most respects HSBC is no different from any other bank. Plunging activity means lending is down, more money is being put aside to cover losses and profits are being squeezed.

There is, though, one crucial difference between Europe’s biggest bank and its rivals: HSBC makes more than half its profits from Hong Kong – and that makes life pretty uncomfortable right now. The reason the bank’s share price is trading at levels last seen before the handover of the former British colony to China in 1997 is partly due to the state of the global economy but also has a lot to do with global politics.

Put simply, HSBC is caught in the middle of an intensifying cold war between Washington and Beijing and has managed to upset both parties.

Back in 2018, the bank provided documents to the US authorities that led to the arrest in Canada of the chief financial officer of the Chinese tech giant Huawei. That infuriated Beijing, which does not appear to have been placated by the HSBC’s supine decision to provide a public show of support for China’s new security crackdown law in Hong Kong. The Americans, though, are hopping mad and are making all sorts of minatory noises. Washington could make life extremely difficult for HSBC in the US.

Boris Johnson can probably understand how Noel Quinn, HSBC’s chief executive, feels. Just like the bank, Britain made a strategic decision when David Cameron and George Osborne were running the show that it made sense to do business with a fast-growing economic superpower. The assumption – shared by HSBC and the UK government – was that it was possible to be on good terms with both the US and China, and it was not a question of one or the other.

That all seems a long time ago. The struggle between the US and China might have begun as a fight over tariffs, exports and trade regimes but has since expanded to include human rights, national security and the merits of different models of capitalism.

Working from home: Why government is hot under the collar

Not so long ago many companies had an aversion to their staff working from home. Managers felt they needed to keep tabs on what workers were doing. Otherwise there would be skiving on an industrial scale, which would affect the bottom line.

It has taken a global pandemic to change the corporate mindset. Companies have found, perhaps to their surprise, that those WFH have actually been sitting at their computer rather than sagging off to the park, the shops or the golf course. Many of them are wondering why they have been paying so much for office space when modern technology means teams can keep in touch via Zoom calls.

These days it is the government, rather than companies, that is pressing for people to return to their desks and it is not hard to see why. Business districts are like ghost towns, and that has a significant knock-on effect on a range of enterprises: sandwich bars, pubs, shops and minicab firms among them.

From the start of the month, ministers made it possible for firms to order their employees back to the office provided it was safe to do so. Yet, against the backdrop of local restrictions being imposed and with the government itself stoking fears about a second wave of Covid-19, companies are inevitably going to err on the side of caution.

Last week’s big thing for the government was Boris Johnson’s campaign to tackle obesity. This week’s wheeze is Rishi Sunak’s “eat out to help out” initiative under which for certain days in August we can all get 50% off a burger and fries or a pizza. Just a teeny bit of a mixed message there, perhaps?
#Donald Trump  #COVID-19  #Joe Biden  #Covid  #Boris Johnson
Add Comment