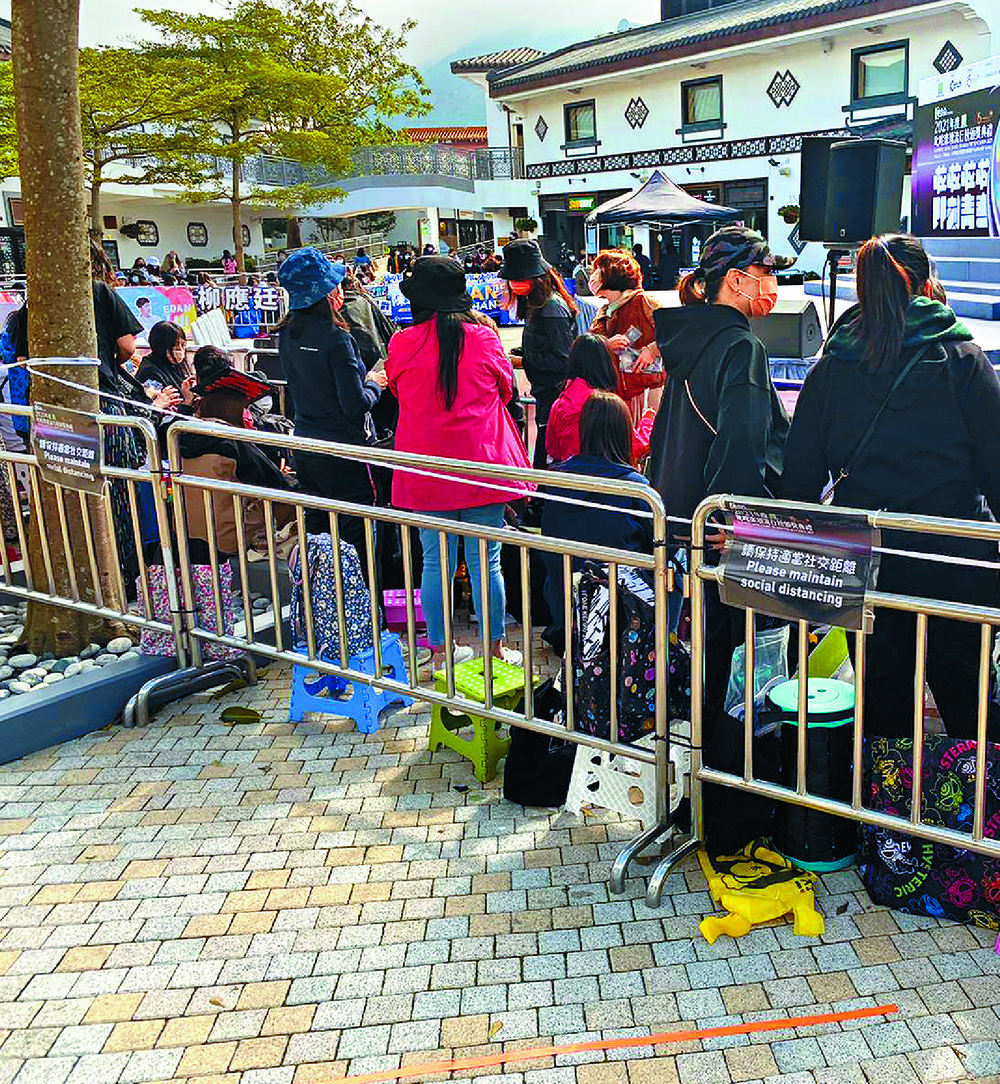 Temperatures may fall to 13 degrees Celsius in the New Territories today as the northeast monsoon is expected to affect Hong Kong until next week.
The Hong Kong Observatory recorded a minimum temperature of 18.1 degrees yesterday morning at its station in Tsim Sha Tsui, the lowest so far this autumn.

It said the weather was brought by a cold front that has moved across the coastal areas of Guangdong and that Hong Kong was affected by the intense northeast monsoon.

The strong monsoon signal was hoisted yesterday, indicating that strong winds exceeding 40 kilometers an hour were expected from the north and gusts may occasionally reach gale force. The red fire danger warning was also hoisted.

Temperatures at Ngong Ping dipped to 11.1 degrees from 7am and 8am yesterday as about 100 fans of popular boy band Mirror waited overnight at an outdoor area there to see their idols on stage at a music award show's press conference in the afternoon.

Due to the cold weather, representatives of Ngong Ping 360 distributed hot tea and packets of warmers to the fans.

A Facebook page said some fans had to seek shelter in a public toilet at Ngong Ping to stay out of the cold.

After seeing videos that Ngong Ping was facing strong winds, Mirror band member Keung To told fans to go home if they felt uncomfortable. He wrote on Instagram: "The band does want to see everyone but most importantly we hope everyone is safe."

The Observatory forecast that mainly fine and dry weather is expected in the next few days with cool mornings as the city is under the influence of a dry northeast monsoon.

Temperature differences are expected to be relatively big between day and night for the next few days.

Temperatures are expected to range between 16 and 21 degrees today, with a low of 13 degrees expected at Shek Kong and Ta Kwu Ling in the New Territories.