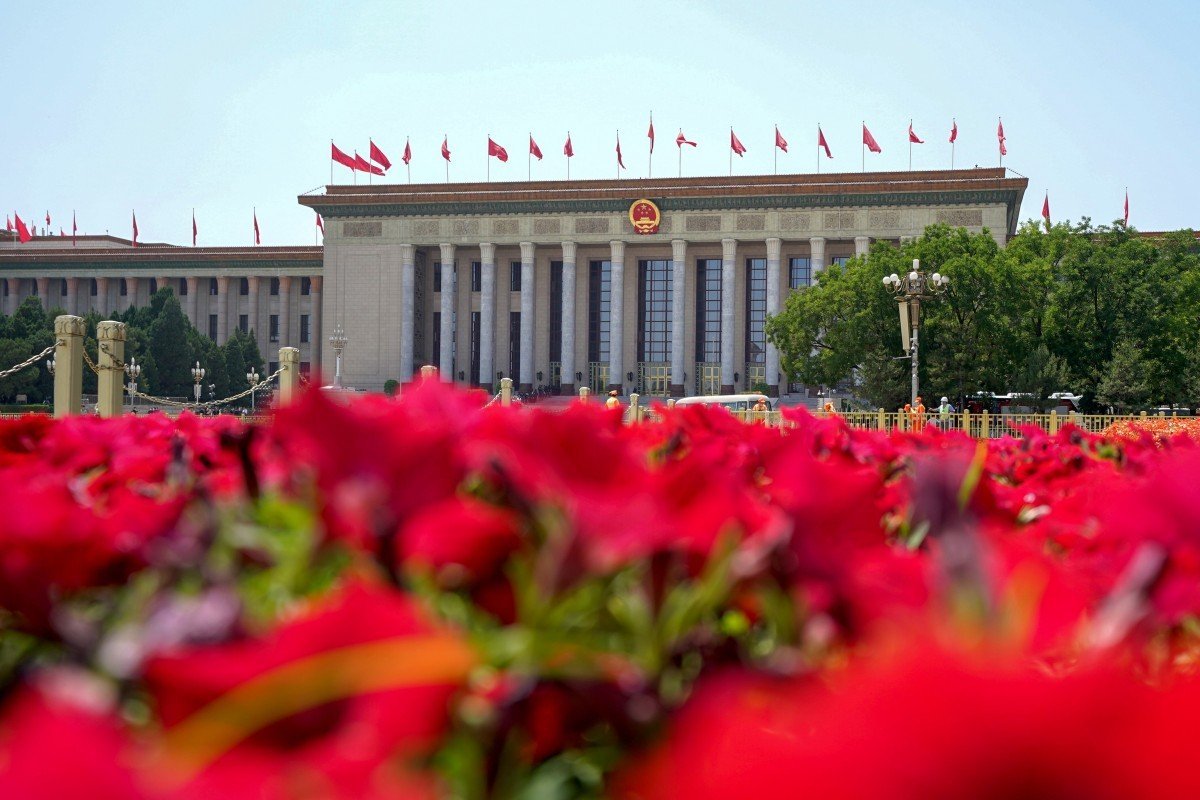 Hong Kong national security law: how will China introduce it and who will be consulted?

The Standing Committee of mainland China’s legislature met last week to discuss security legislation that it is to impose on Hong Kong. With the committee holding a special meeting this weekend, who has the power to pass the law, and when might its text be made public?

On Saturday, the National People’s Congress Standing Committee outlined the national security law to be introduced in Hong Kong to prevent, stop and punish secession, subversion of state power, terrorism and foreign interference, in one of its regular bimonthly meetings.

Legal scholars explain how the legislature in China works and how Beijing may introduce the law to the Hong Kong Special Administrative Region.

What is the legislative body in China?

The National People’s Congress (NPC) is China’s national legislative body, which enacts and amends basic laws governing criminal offences, civil affairs, the state organs and more, according to the Law on Legislation of the People’s Republic of China, revised in 2015.

The NPC has nearly 3,000 members, called deputies, and they normally meet every March for about 10 days to pass major national laws, approve government development plans and appoint key officials.

The NPC Standing Committee has about 175 members, and it usually meets every two months to review and approve legislation and government regulations. The Standing Committee can also hold interim meetings if necessary – such as the special three-day meeting that will begin this Sunday.

Who can propose and draft legislation in China? Who drafts the law?

The presidium of the NPC may introduce bills for deliberation at an NPC annual session, according to the legislation law.

Other government bodies including the NPC Standing Committee, the State Council, the Central Military Commission and the Supreme People’s Court can also introduce bills to the NPC. If approved by the presidium, the proposed bills will be put on the agenda of an NPC full session.

Specialised commissions under the NPC, the general office and working organs of the Standing Committee, are the usual law drafting bodies but experts, social organisations and teaching and research institutions can also be enlisted to help draft laws, according to Zhu Guobin, professor of the school of law at City University of Hong Kong.

In the case of the Hong Kong national security law, the Legislative Affairs Commission of the Standing Committee of the NPC drafted it.

Who will review the draft and be consulted? What is the deliberation process?

After a draft bill is accepted into the agenda, an explanation session will normally be convened at the Standing Committee before it is passed over to specialised groups for further deliberations, said Zhu.

What is special about the legislative procedure for the Hong Kong national security law?

According to the legislation law, one possible scenario is that the NPC Standing Committee may vote on the proposed law if a consensus has already been reached among its members. However, the Standing Committee’s announcement on Saturday did not say whether the security law would be on the agenda this Sunday at its special meeting.

Is the National People’s Congress required to reveal the draft law before it is enacted or even adopted?

A draft law and an explanation of the drafting and amendment will be released to the public to solicit opinions for no less than 30 days, according to the legislation law. However, it is not specified at what point in time this should happen.

“In practice, it usually happens after the second reading,” Ling Bing, professor of Chinese law at the University of Sydney, said. “But the draft would usually be circulated among legal experts for discussion even though it is not available for public comments.

“Under the usual practice, I should expect the [national security] bill to be published at the end of the next Standing Committee meeting [beginning on Sunday],” said Ling, who added that it was unusual that the present bill seemed set to be seen only by Hong Kong’s solitary delegate to the Standing Committee, Tam Yiu-chung, before being published publicly.

How will the national security law be introduced to Hong Kong?

Under Article 18 of the Basic Law, Hong Kong’s mini-constitution, national laws that are related to defence, foreign affairs and “other matters outside the limits” of the city’s autonomy can be applied in the city if they are included in Annex III of the mini-constitution. Such national laws would then be either promulgated – taking effect automatically – or adopted through local legislation.

However, critics have said that bypassing Hong Kong’s legislature would undermine the “one country, two systems” principle under which Hong Kong is guaranteed a high degree of autonomy for half a century following its 1997 handover from Britain to China.

What are the lawmaking procedures in Hong Kong’s common law system?

If the government intends to propose or amend laws, the relevant policy bureau will consult the parties affected by the bill and the relevant panel of the Legislative Council before the Department of Justice presents the proposal in the form of a bill.

If it is approved by the Executive Council, the formal body of advisers to the city’s leader, the legislature will be notified, and the bill will be published in the Government Gazette – the official channel for publishing legislation and related notices – before being introduced into the Legislative Council.

It then has to pass through three readings in the Legislative Council before it can be enacted. The readings can take between a day and over a year, depending on a bill’s complexity.

Lawmakers vote on the bill following a debate on the second reading. If it does not pass the vote, the bill may not proceed further. If it passes, it goes to a third reading at which, if it passes a vote by lawmakers, it completes its passage. If the motion fails to pass this vote, no further proceedings may be taken on the bill.

Who has the power of amendment and interpretation of the Hong Kong Basic Law?

Since the handover in 1997, the Standing Committee has interpreted the Basic Law five times, in 1999, 2004, 2005, 2011 and 2016. Critics have said that the power to interpret the Basic Law has given Beijing great sway over Hong Kong’s judiciary and legislature.
Add Comment