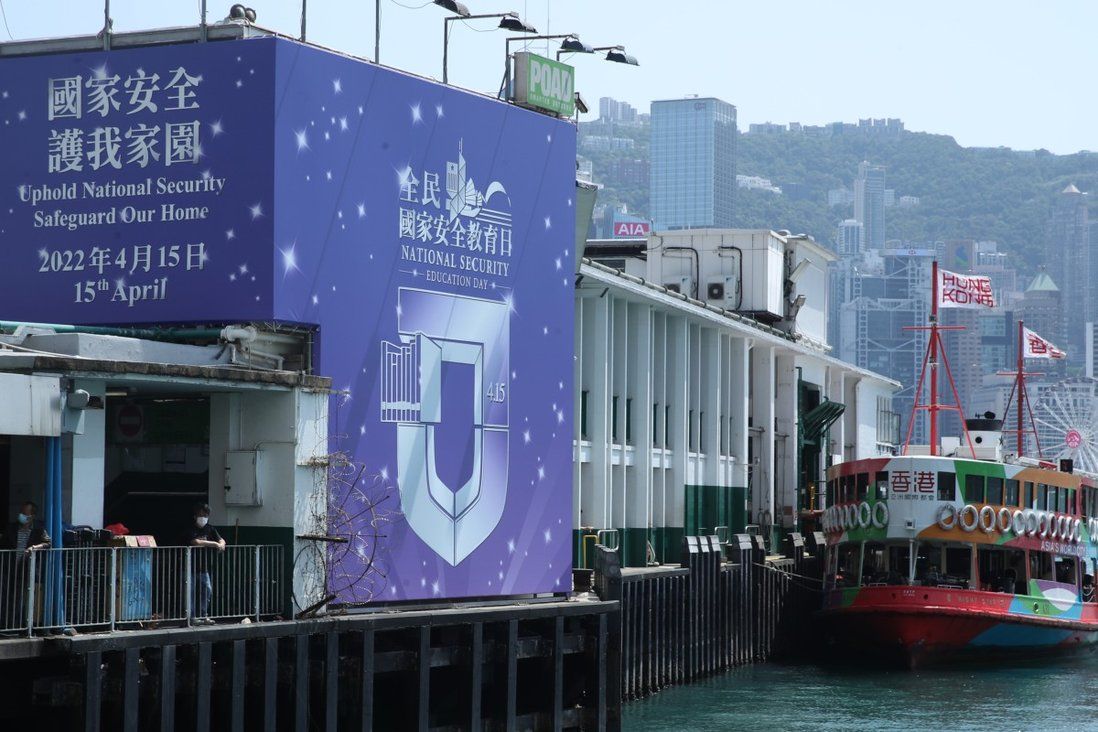 The national security law, the government’s handling of Covid-19, and more, have left Hong Kong with a global image problem. Rather than another PR campaign focused on the media, officials should target the experts on whom journalists rely, to boost the city’s image.

You don’t have to be a rocket scientist to recognise that Hong Kong has an international PR problem. What to do about it is a bit more challenging, and that is likely to be a high-priority issue as chief executive-elect John Lee Ka-chiu and his new administration take up the reins in just over a month’s time.

For some, Hong Kong has been an international pariah for decades. I recall a number of international think-tank members visiting Hong Kong in the spring of 1997 as the handover approached. They told me that this would be their last visit to Hong Kong – once it was in the grip of Beijing, there would be no point in further engagement.

For much of the international media, any remnant of doubt was snuffed out by the crackdown on pro-democracy protests in the second half of 2019 and the subsequent introduction of the national security law.

The fact that Lee was at the heart of the police crackdown, and a primary advocate for the introduction of the national security law, has ensured the challenge of restoring Hong Kong’s reputation is likely to be long and arduous. For many, the narrative is set in stone.

In the wake of his selection as chief executive this month, The New York Times declared “John Lee wins Hong Kong’s Rubber Stamp Election”. The BBC called Lee’s election a move by Beijing “to tighten its grip on the city”.

Analysing the result, it attempted to explain “what Hong Kong can expect from ‘Beijing’s enforcer’.” Reuters said he had been endorsed by “a committee stacked with pro-Beijing loyalists”. Clearly, as Hong Kong’s advocate-in-chief, Lee has a mountain to climb.

Matters have been made worse by the administration’s chaotic management of the Covid-19 pandemic, the ruinous economic impacts of the “zero-Covid” strategy and trauma for many families brought about by strict hotel quarantines and erratically enforced flight bans.

Regina Ip Lau Suk-yee has been in the vanguard of those challenging the government to formulate as a matter of urgency an international PR campaign aimed at beginning to repair our reputation in the eyes of the world. She has complained about “a worrying lack of PR expertise within the government” and asked why the important post of director of information services has been vacant since last December.

Most pointedly, she has asked what value for money the administration got from the US$5.7 million (HK$44.7 million) contract signed in 2020 with a UK government relations consultancy to rebrand Hong Kong and tackle the failure to counter adverse overseas media coverage.

Putting aside the issue of whether the government should be shooting the messenger rather than acknowledging problems with the message, she calls for more attention to be paid to speech-writing, better-developed responses to overseas criticism, direct engagement with foreign journalists and close monitoring of social media.

I appreciate Ip’s concern but I would like to offer a few thoughts as someone who has been in journalism for more than 45 years, with more than a decade advising on government relations.

First, it is valuable to recall Harold Evans, former editor of The Times, who for decades set the gold standard for best journalistic practices. For him, the most important precautionary principle for a journalist was the “He would say that wouldn’t he?” rule.

Before a journalist believes a chief executive who claims their company is about to report record profits or a football coach who says their team will win an upcoming match, the journalist must pause and check against the “He would say that, wouldn’t he” rule. 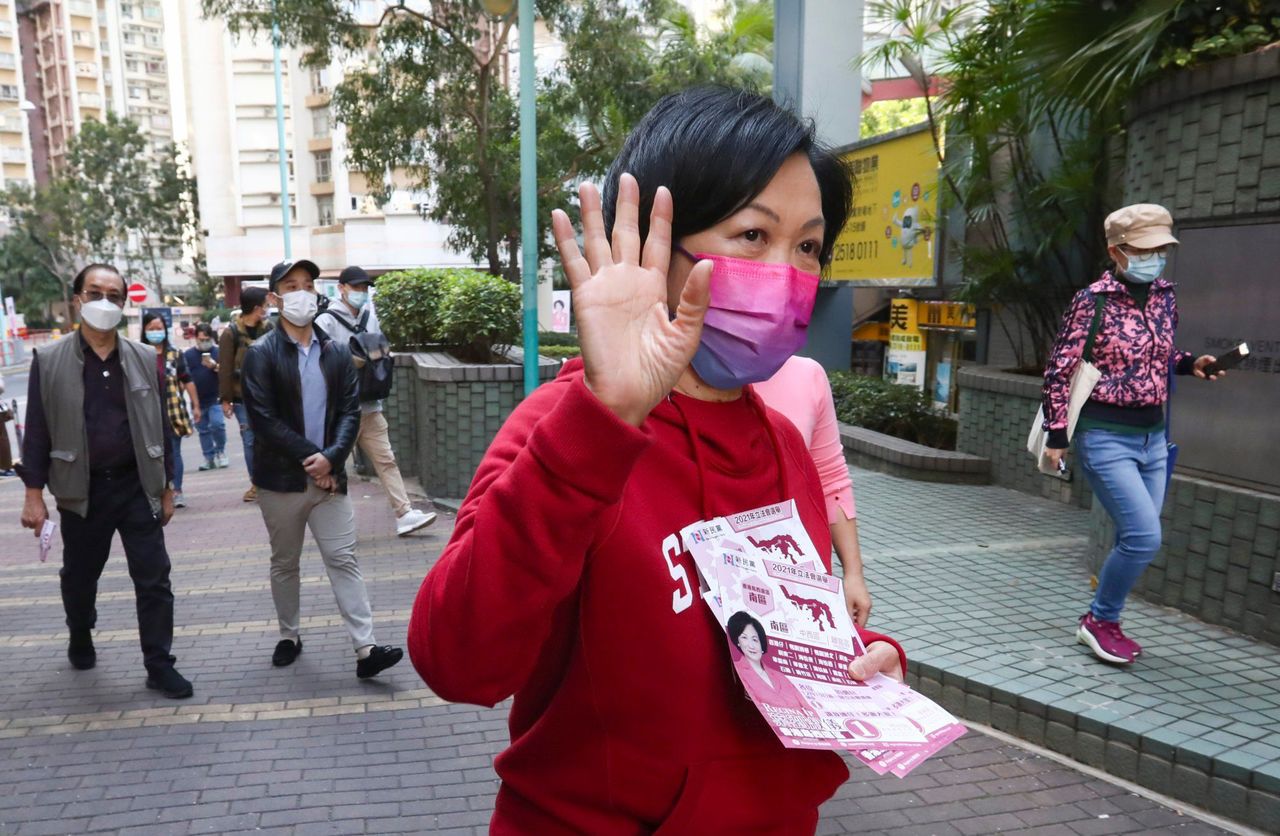 Regina Ip canvasses outside Marina Square East Centre in South Horizons on December 11, 2021. She has complained about “a worrying lack of PR expertise within the government”.

If an interviewee has a vested interest in an outcome or a potential for bias, a good journalist must by definition be sceptical. So a government official who makes ambitious claims must expect the media to suspend judgment until they have a chance to double-check.

This is where Evans’ second rule comes in: find the “honest broker”. Who can you talk to with enough expertise or experience to know but with no reason to suffer bias?

As our government ponders another global PR campaign, it must recognise that the world’s media will treat all it says with scepticism. A good journalist will only trust the PR if their honest broker sources tell the same story.

Here is Lee’s first problem. At present, the honest brokers that most journalists will turn to after a Hong Kong government official briefs them – perhaps a political activist in exile in London or a business executive living in Singapore until Hong Kong’s quarantine rules change – are likely to contradict the government’s message.

So my first main message is that only when the claims from a government official or their PR campaign are confirmed by honest brokers will the PR messages strike home. Until then, any money spent on a PR campaign is likely to be wasted.

The second main message is that this problem is not fatal. Journalists, no matter how smart or hard-working, are rarely experts. The opinions they express will normally originate with experts. If those experts speak kindly of a company, leader or government, the narrative will be influenced.

Rather than spend millions on a branding campaign focused on the media, time and effort might be better spent on the practical steps needed to restore confidence among quieter but more expert stakeholders. These will be the honest brokers to whom journalists will turn. If the pervasively negative narrative on Hong Kong is to change, the change is likely to start here.