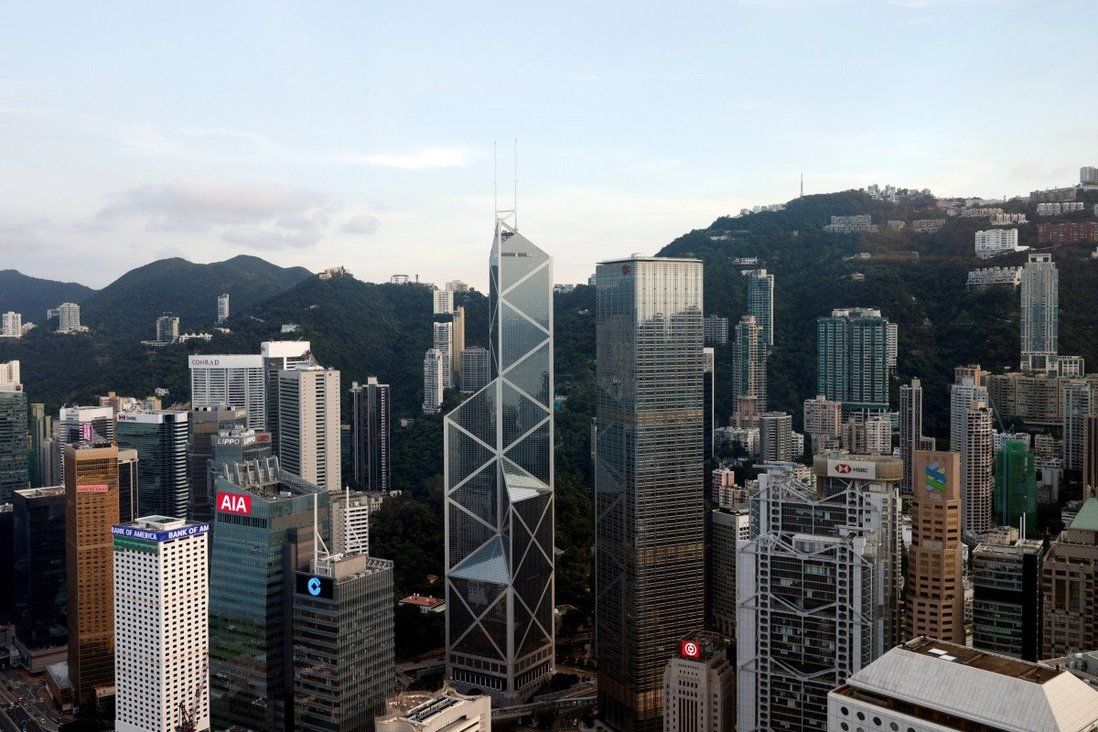 The Texas law uses private lawsuits instead of government regulation and law enforcement to advance public policy. It’s a route Beijing should consider as it deliberates how to craft an anti-foreign sanctions regime for Hong Kong.

Could the new Texas abortion law provide a road map for China’s anti-sanctions measures in Hong Kong? That’s not as far-fetched as it may seem.

Texas recently enacted a law that allows private citizens to sue anyone who aids or abets an abortion once a fetal heartbeat can be detected. The law probably violates the US Constitution, but instead of relying on Texas police and prosecutors, private citizens enforce the law.

Using private lawsuits instead of government regulation to advance public policy is not novel. Long before the modern regulatory state came along, most of society’s rules were enforced by courts awarding money damages in civil lawsuits – all part of the English common law tradition bequeathed to Hong Kong’s courts.

What does this have to do with China and sanctions? China reportedly wants an anti-foreign sanctions law for Hong Kong – in essence, a law that punishes people and institutions that abide by certain foreign sanctions. But these so-called blocking statutes subject international businesses to a classic Catch-22.

If an international bank operating in Hong Kong refuses to abide by US sanctions, it could face severe consequences at the hands of the US government: asset freezes, loss of licences, exclusion from the global US dollar settlement system. In a worst-case scenario, the risk is global financial pariah status.

If the same bank instead chooses to abide by US sanctions, it could breach the Hong Kong blocking statute. Depending on how the blocking statute is drafted, that may lead to – you guessed it – asset freezes, asset seizures, loss of licences and loss of employee visas. Criminal prosecutions have not been ruled out.

The Hong Kong government threatening to seize bank assets and revoke licences over sanctions is not a good look for a global financial hub. Faced with such a choice, many international financial institutions operating in Hong Kong would be tempted to scale back or decamp to Singapore.

In a surprise move, China’s National People’s Congress Standing Committee recently postponed a vote on inserting a blocking statute into Hong Kong’s Basic Law. The committee presumably wants to take the time needed to craft an anti-foreign sanctions regime for Hong Kong that has real bite but will not drive business away.

Texas offers a solution: design a blocking statute around private rights of action rather than government regulation. If a bank implements a US sanction in Hong Kong, the sanctioned party could go to court and sue that bank for compensation. The Hong Kong Monetary Authority, Police Force and Department of Justice would play no role in enforcement.

For such a law to work, it must be carefully calibrated, specifying which sanctions can trigger a claim and who can bring suit. Criminal penalties and court injunctions should be off the table.

Crucially, the law must cap damages at amounts high enough to be meaningful to litigants but not so high as to drive business away. The law would represent a new cost of doing business, but a manageable one.

There is also less risk of local authorities blundering into a delicate US-China superpower stand-off, inflaming largely symbolic tit-for-tat sanctions into an all-out war. A government-led asset seizure looks like premeditated escalation. A private lawsuit, not so much.

Most importantly, everyone wins. China and Hong Kong enact a meaningful anti-sanctions law with great fanfare. Sanctioned parties get their day in court and some compensation. Financial institutions go about their business pretty much as usual. 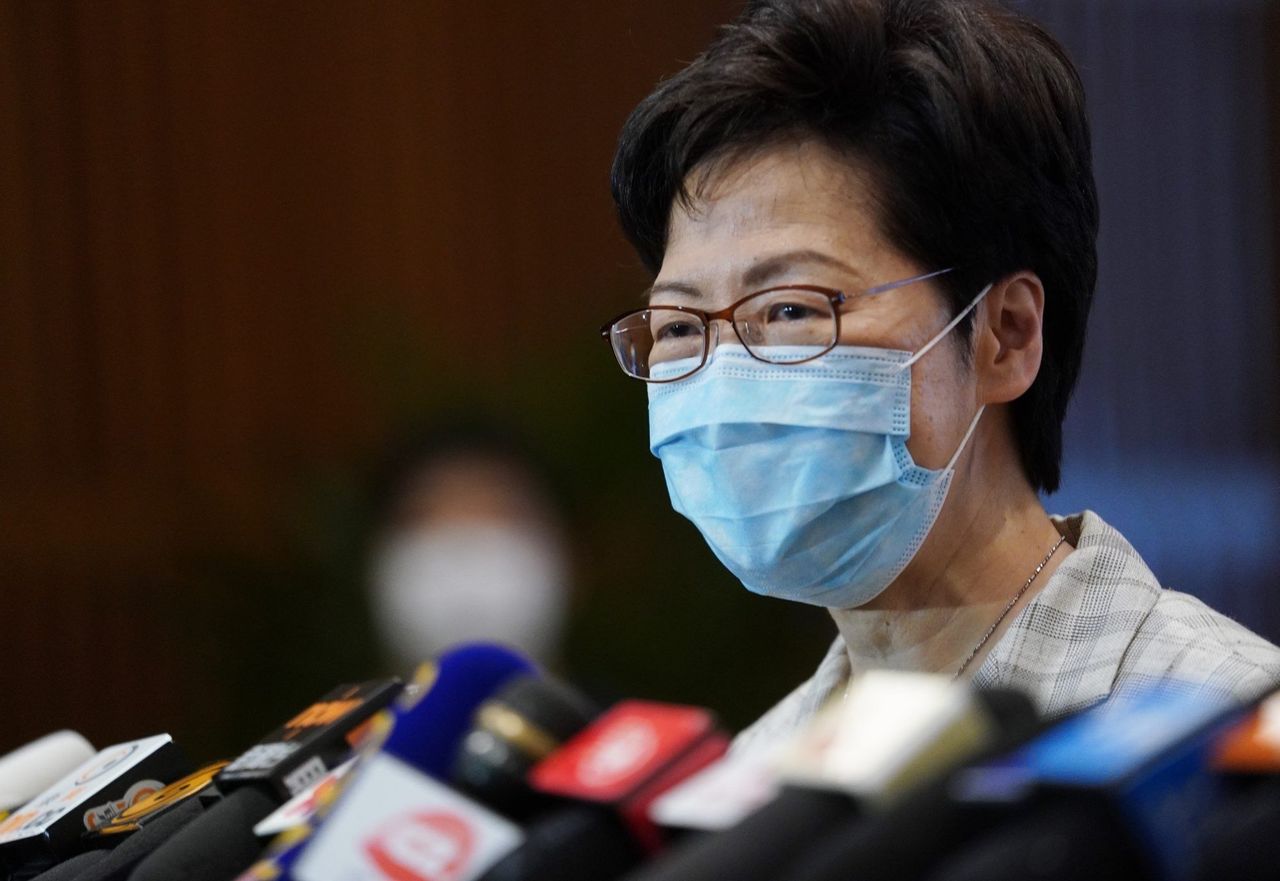 Hong Kong Chief Executive Carrie Lam speaks to the press in Hong Kong on September 19. Lam is one of dozens of Chinese officials targeted by US sanctions.

Hong Kong Chief Executive Carrie Lam Cheng Yuet-ngor, who has been targeted by US sanctions, illustrates how all this would work in practice. While Lam would not get her bank accounts and credit cards back, she could sue for damages.

Her compensation would probably be a lot of money for a civil servant, but not enough to cripple a bank. Lam and China would claim a very public victory on the courthouse steps. And the banks avoid a regulatory trap.

Private rights of action already feature in China’s own anti-foreign sanctions law, as well as in a similar European Union law. If the National People’s Congress Standing Committee proceeds with a blocking statute for Hong Kong, designing it around private lawsuits is a smart way to advance national interests while safeguarding Hong Kong’s financial ecosystem.