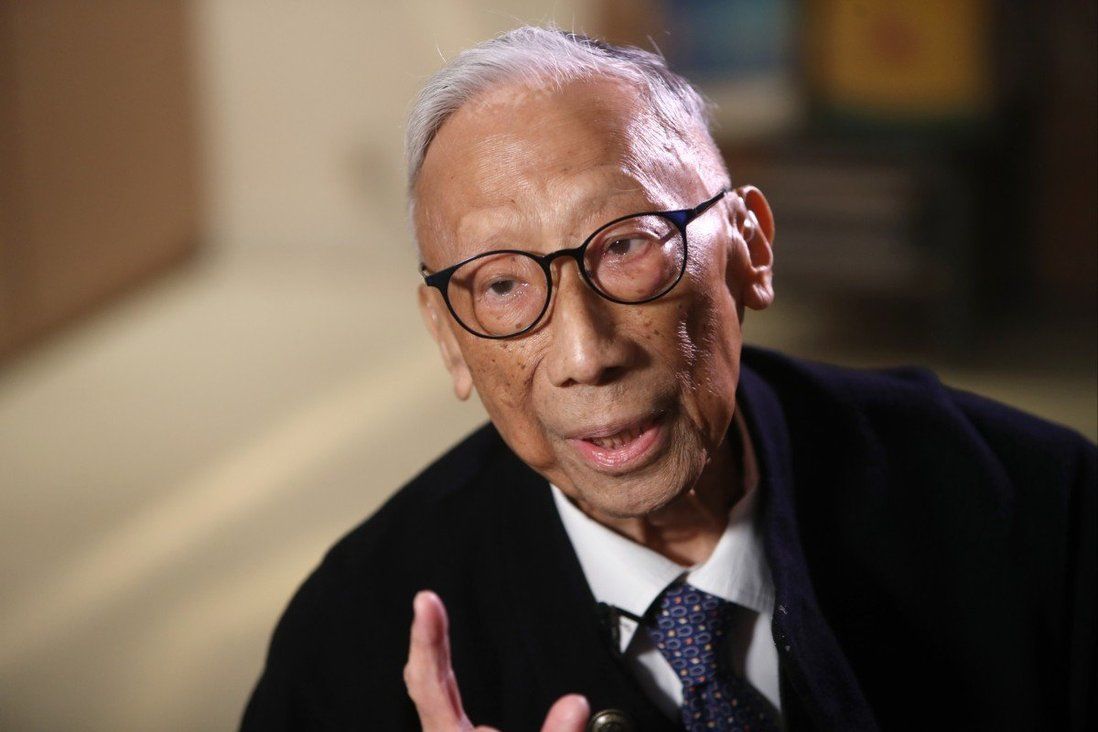 In 1970, Hilton Cheong-Leen led the first walkout in the history of the Urban Council since it was established in 1883.

Hilton Cheong-Leen became the first Chinese chairman of Hong Kong’s Urban Council in 1981, a position that earned him his nickname during his five-year stint. Cheong-Leen, the “mayor of Hong Kong”, had been an early advocate of gradual democratic development since the 1950s and in 1970 led the first walkout in the history of the now-defunct council.

Veteran journalist Gary Cheung and Oliver Chou have published a book documenting the deeds of Cheong-Leen, who died in January at the age of 99. The book is based on original research and primary sources, and includes chapters of Cheong-Leen’s own recollections written in his final years.

The following is an excerpt from the book, titled Hilton Cheong-Leen: First Chinese “Mayor” of Hong Kong

Ten elected councillors walked out of the chamber in protest against the Hong Kong government’s procrastination in implementing political reform. This was not one of the mass walkouts staged by pan-democratic lawmakers in the past decade to express their dissatisfaction with government policies, but a dramatic move by 10 elected members of the now-defunct Hong Kong Urban Council on March 3, 1970.

It was the first walkout in the history of the council since it was established in 1883. It was eye-catching in an era when the colonial administration was described by academics as a “benevolent dictatorship”. Hilton Cheong-Leen, who had been an elected member since 1957, led the unprecedented protest.

The partially elected council was responsible for municipal services on Hong Kong Island and Kowloon, including the provision of leisure and cultural facilities, and had the power to oversee sanitation and hygiene issues. The governor appointed 10 of the 26 council members while another six were government officials. At the time, the remaining 10 urban councillors were the only elected representatives in the colony, while all members of the Legislative Council were appointed. 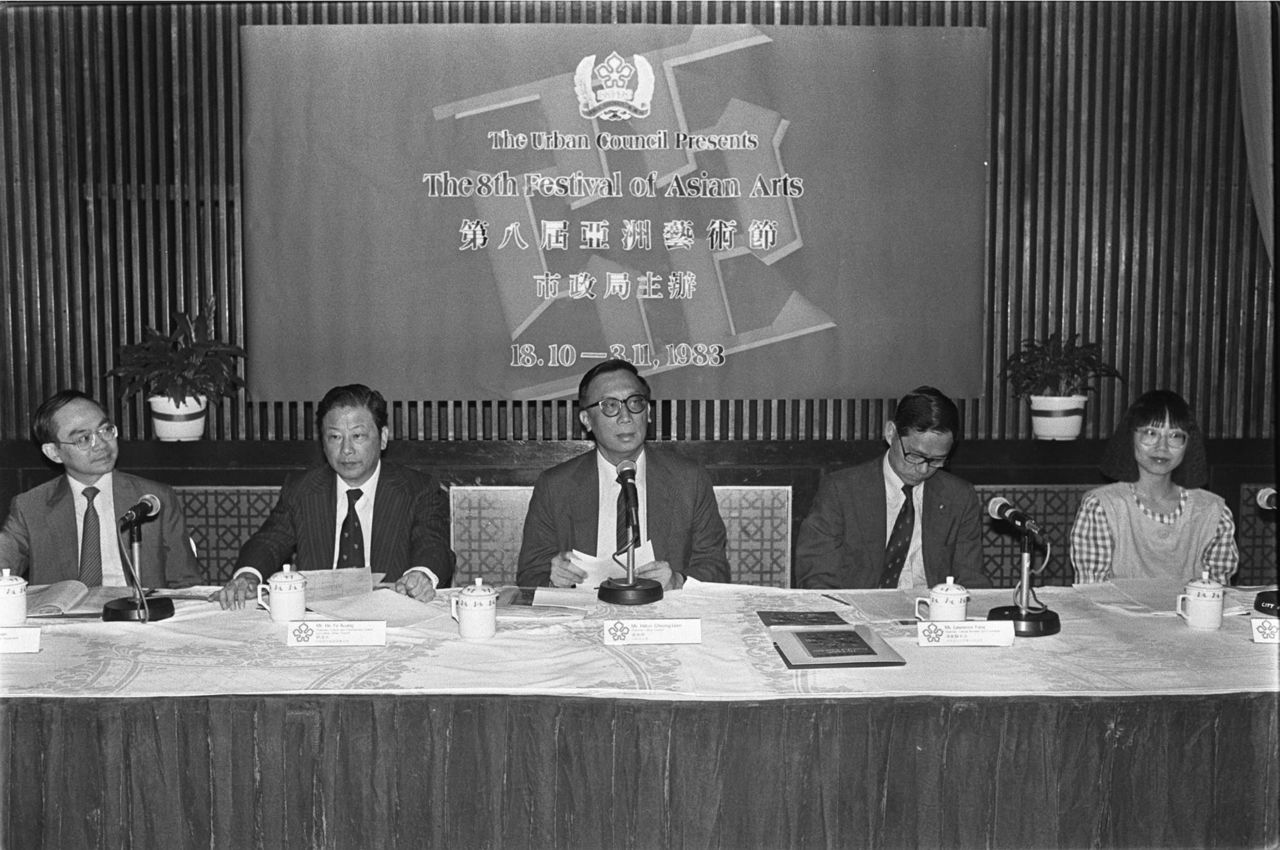 Hilton Cheong-Leen (centre) at a press conference in 1983.

Ten minutes after the monthly meeting of the Urban Council started on March 3, 1970, Cheong-Leen asked chairman David Alexander what the administration intended to do about local government reforms.

Cheong-Leen was referring to a council select committee’s report on local government reform, published in March 1969. The report proposed renaming the body as “The Hong Kong City Council” and assuming responsibility for public housing, education, social welfare and transport. It also recommended doubling the number of elected members to 20.

Alexander replied that “an important subject like this will, however, have to be referred to the Executive Council and this has not so far been done. But I expect it to be referred soon”.

Cheong Leen jumped to his feet and told the chairman: “I am sorry that this answer is most unsatisfactory. We [the 10 elected members] have unanimously decided to register our deep concern at the dilatoriness and delay by government in the implementation of any steps towards local government reforms. We do so by walking out of today’s meeting.”

To the surprise of government officials and the appointed members, the elected members led by Cheong-Leen walked out of the chamber.

After leaving the chamber, Cheong-Leen said: “We have not lost patience, but we wanted to register our deep concern at the slow pace of reform in local government.”

Cheong-Leen was known for his perseverance with championing gradual and moderate democratic reform since the 1950s. In October 1954, he co-founded the Hong Kong Civic Association, the oldest surviving political group in the city.

In January 1960, the Civic Association and the Reform Club, founded by liberal-minded barrister Brook Bernacchi in 1949, decided to send a joint delegation to London to discuss constitutional reform in Hong Kong.

In a document submitted to the office, the coalition highlighted the wide gulf between the colonial government and the people of Hong Kong.

“The weakness of the system lies in the fact that the government is too often completely out of touch with the community. The value of the appointed unofficial advice is strictly limited. The person from whom the advice is sought is himself often out of touch with or blind to the realities of a situation or community with which or whom he is not in direct contact.”

They also advocated for the appointment of elected members to the Executive Council, the governor’s de facto cabinet.

The delegation met Walter Wallace, head of the Colonial Office’s Far Eastern Department, and his assistants on September 8, 1960. According to a declassified British government record of the meeting, Cheong-Leen said that even a narrow franchise for election to Legco would give a wider cross section of the public’s views.

“The Peking government wanted to keep the status quo and build up their own influence in Hong Kong. They might in, say 10–15 years’ time ask Her Majesty’s Government to return Hong Kong to China and if this was refused, they might propose a plebiscite on the future of the colony,” the record said.

“If there were by then no elected representation in Legislative Council, and consequently no development of local loyalties in Hong Kong, the communists would be in a strong position.”

Cheong-Leen was of the opinion that if there were elected members of the Urban Council sitting in Legco, the man on the street would feel he was represented, irrespective of whether he had personally participated in the elections.

Eugene Melville, assistant undersecretary for the colonies (Far East and Mediterranean), indicated his disapproval of their suggestions in a brief compiled for the visit of Lord Perth, the then British minister of state for colonial affairs, to Hong Kong from October 21 to October 29, 1960.

In the brief dated October 4, 1960, Melville wrote that there was no general demand for constitutional change in Hong Kong: “The Chinese, who constitute 99 per cent of the population, are not really interested in constitutional reform; their desire is to live and work under a well-established system of law and order and to pursue their own private affairs with a minimum of interference by government.” 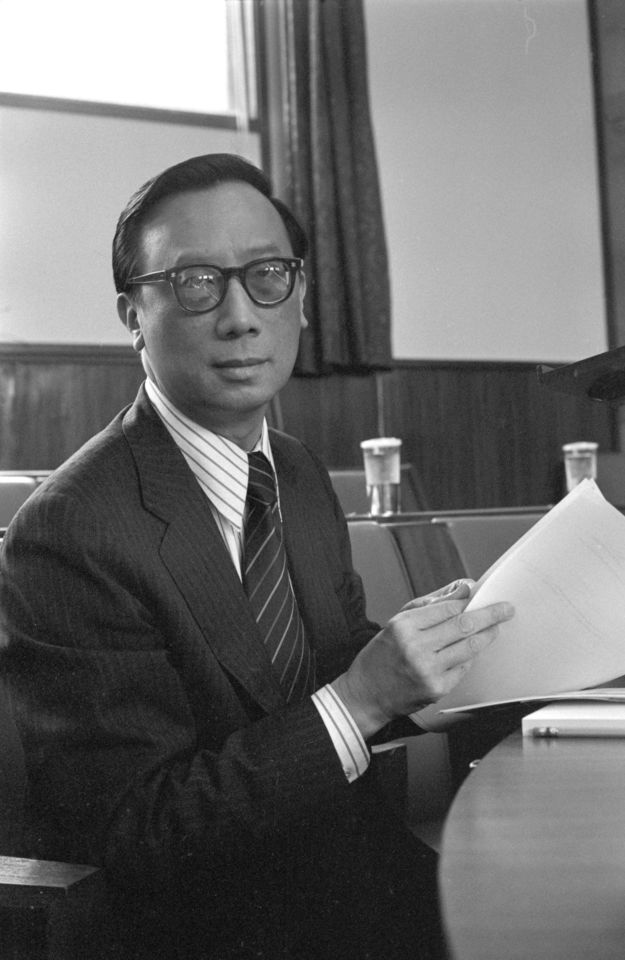 In its brief for Lord Perth’s visit to Hong Kong, the Colonial Office’s Far Eastern Department treated the two groups’ proposals with undisguised contempt. Commenting on the joint memorandum submitted by the Reform Club and the Civic Association, the department said it contained the allegation that the government was too often completely out of touch with the community.

“The wording of the paragraph is so vague and the writers (themselves unrepresentative of the people of Hong Kong) so ignorant of the facts, that it is difficult to frame an exact reply.”

It was arranged for representatives of the two groups to make their case to Lord Perth on October 28, during his visit to Hong Kong.

According to the declassified record of the conversation between Lord Perth and the representatives, Cheong-Leen and Bernacchi argued that the appointed unofficial members of Legco and the Executive Council were unwilling to outspokenly criticise the government because they were nominated. They believed that elected members would feel freer to criticise than did nominated members.

“Mr Cheong-Leen said that the ordinary man in the street, even if he did not have a vote, regarded the elected members of the Urban Council as his representative. They would feel the same about elected members of Legislative Council. The people want a decent living and someone to stand up for them in the legislature,” the record said.

The two groups proposed the introduction of an indirect election to Legco by appointing elected members of the Urban Council to the legislature.

But Lord Perth rejected their proposals before returning to London. Rounding up his nine-day visit to Hong Kong at Kai Tak Airport on October 29, he said: “What I have to say is that Her Majesty’s Government considers it undesirable that there should be any radical or major change in the present constitutional position in Hong Kong.”

In his minutes written after returning to London, Lord Perth said: “There would be no major change, i.e. no direct or new indirect elections to Legislative Council. I feel confident this decision was right.”

He added: “There is no widespread demand (for constitutional change) – one Bernacchi and a few others are agitating for change but they seem to have little following.”

In a memorandum for discussion at the meeting of the Colonial Policy Committee under the British cabinet in November 1960, Secretary of State for the Colonies Iain Macleod said: “Hong Kong depends on confidence – confidence that the present British rule is to continue.

“If anything should shake this confidence – some action by China, or constitutional developments leading to political uncertainties, or a feeling that for one reason or another the UK had lost interest in Hong Kong – then capital would flee elsewhere and business now booming would half and the Hong Kong government would be unable to deal with the situation.

“The millions or more refugees of the last ten years – one-third of the population – and indeed all of Hong Kong would present the UK with an appalling and very expensive problem.” 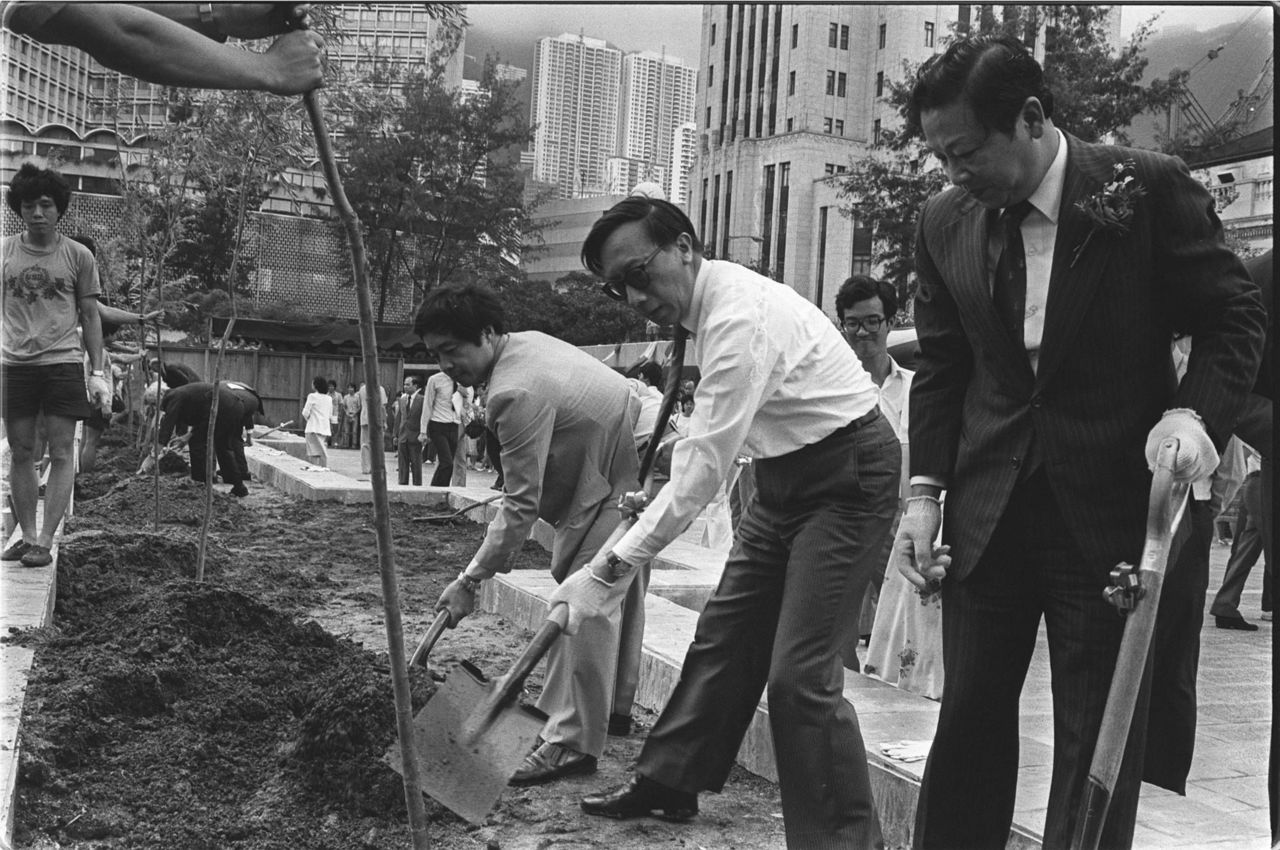 Recognising the near impossibility of elected members being introduced in Legco, Cheong-Leen and his colleagues in the Civic Association focused their attention on urging the colonial government from the mid-1960s to widen the scope of the Urban Council’s functions and increase the number of elected seats.

He called for expanding the scope of the Urban Council to include education, medical services and social services.

“The time is ripe to consider increasing the number of elected members. We in the Civic Association are not concerned with making Hong Kong an independent country or too much concerned in having elected members to the Legislative Council or the Executive Council,” he said.

“We are more concerned in seeing that the poor and the underprivileged, the white-collar and the middle income groups – in other words, the common people – are able to enjoy their unalienable right to a rising standard of living, better housing, free schooling for their children, low-cost medical services and all the amenities that are taken for granted in any modern democratic and industrialised community.”

But Cheong-Leen’s call made little headway as the Foreign and Commonwealth Office, as well as then governor David Trench, had reservations.

In its brief for Foreign Secretary Michael Stewart’s visit to Hong Kong in April 1970, the Hong Kong Department of the Foreign and Commonwealth Office said: “There is the danger that, in conditions of electoral apathy, any predominantly elected body might fall under communist control.” 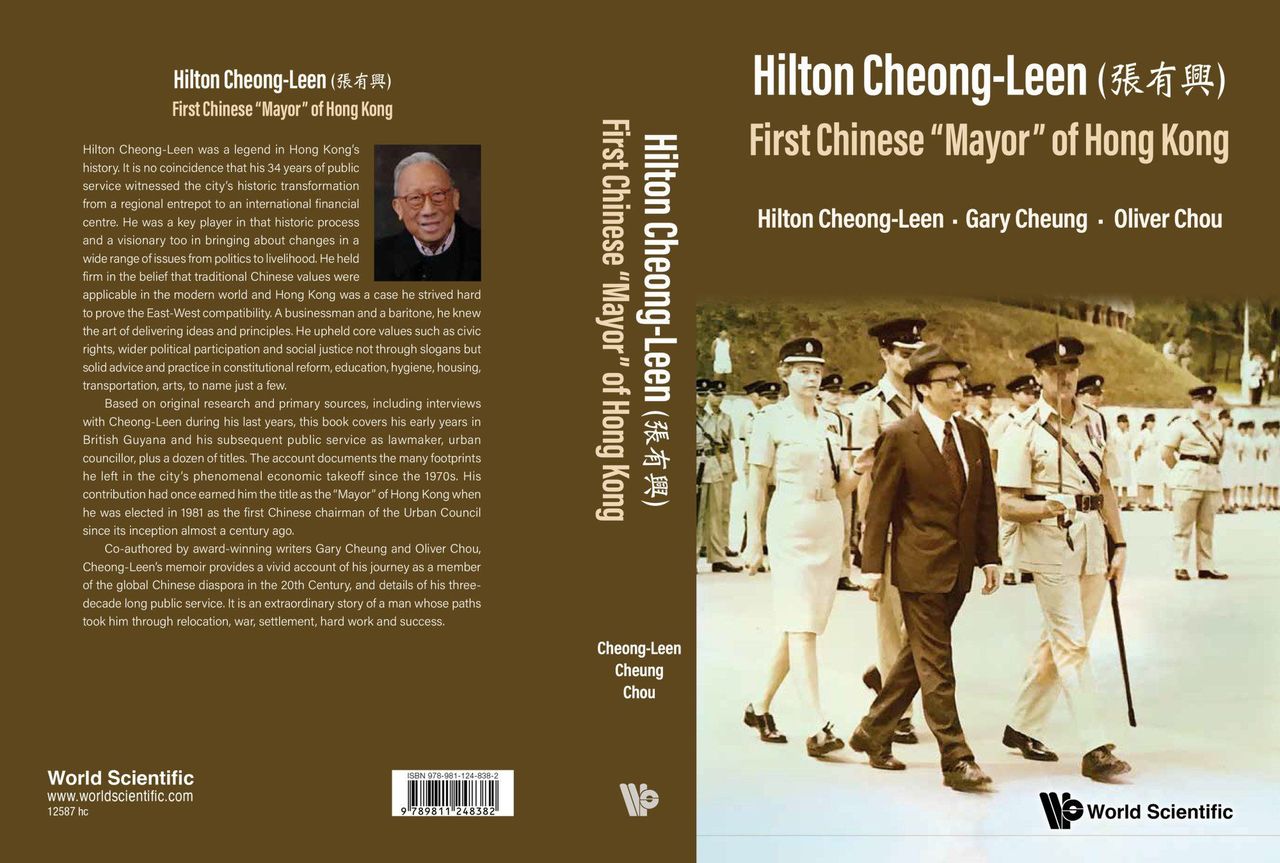