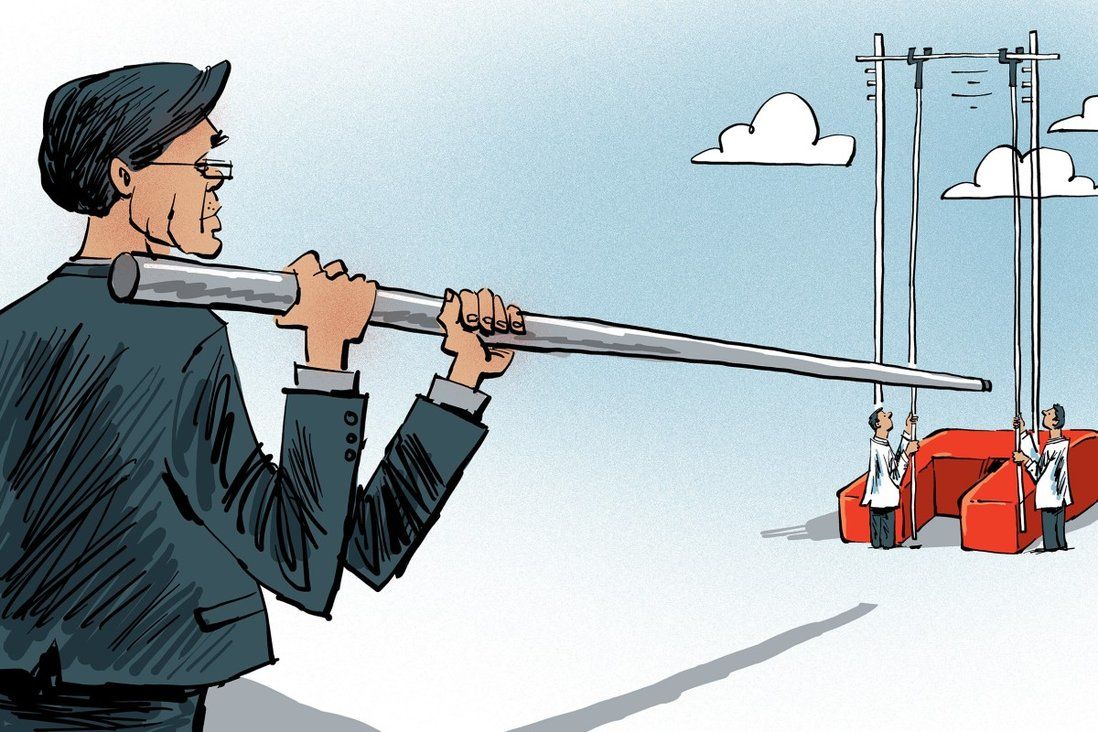 How John Lee can raise the bar for Hong Kong

Chief executive candidate John Lee has promised ‘results-oriented’ leadership and vowed to build a more competitive and politically stable city if he is elected. To deliver, he would need to make government ministers more accountable, encourage integration with the Greater Bay Area, and take steps towards universal suffrage.

When his name first began to circulate in connection with the role, many assumed that Beijing wanted the new chief executive to put national security front and centre. Lee’s statement makes it clear that Beijing expects much more.

With the national security law and electoral reform firmly in place at the midpoint of “one country, two systems”, the stage is set for a strong leader to take Hong Kong to the next level.

As President Xi Jinping has repeatedly stressed, China is facing existential challenges and opportunities not seen in over a hundred years.

Externally, there are worsening headwinds from all directions, not least an indiscriminate anti-China stranglehold in its great power rivalry with the United States.

Internally, the country is battling for self-reliance in critical technologies, stronger domestic consumption, enhanced productivity to support its ageing population, “common prosperity” to narrow widening inequality, carbon neutrality by 2060, and a firmer standing in the global economy through the Belt and Road Initiative.

As part of the Greater Bay Area, Hong Kong is destined to play a unique role as a world-class financial centre, a technology, innovation and logistics hub, and a business and cultural bridge between East and West. Indications are that Hong Kong’s strategic role under “one country, two systems” will extend well beyond 2047.

However, against such high expectations, Hong Kong has now fallen short, despite throwing tons of money and human capital at the challenges.

Public housing waiting-list targets have not been met since 2014, with the average wait time lengthening to 4.6 years in 2017 and 5.7 years in 2020. The poverty rate has hit a 12-year-high, with more than one in five people, or 1.65 million people, living in poverty in 2020. And Hong Kong’s technology and innovative capacities are still perceived to lag far behind Shenzhen and Singapore.

Much of the problem lies in a fossilised, “colonial-style” administration more concerned with process than results.

The system of politically-appointed ministers introduced in the Tung Chee-hwa administration has not solved the problem. Ministers rely on highly paid heads of departments under their charge to deliver. Unlike ministers, these heads are not politically accountable, to say nothing of their subordinates. This situation has cemented a “silo mentality”, with each department wary of treading on another’s turf, and unable or unwilling to think outside the box.

For example, I have for years been quietly cajoling the powers-that-be to introduce a “smart” zebra-crossing system so that pedestrians don’t have to waste precious minutes waiting when no vehicles are approaching. I was told that the ball was passed between the Innovation and Technology Bureau and the Housing and Transport Bureau. Nothing has happened up to now.

It’s no wonder that Lee has stressed a “results-oriented” approach.

To make it work, ministers and their heads of departments should be held fully accountable for declared outcomes. These should be quantifiable; for example, the average waiting time for public housing, number of affordable private homes developed over a given period, number of people lifted out of poverty, and number of artificial intelligence and big data start-ups. 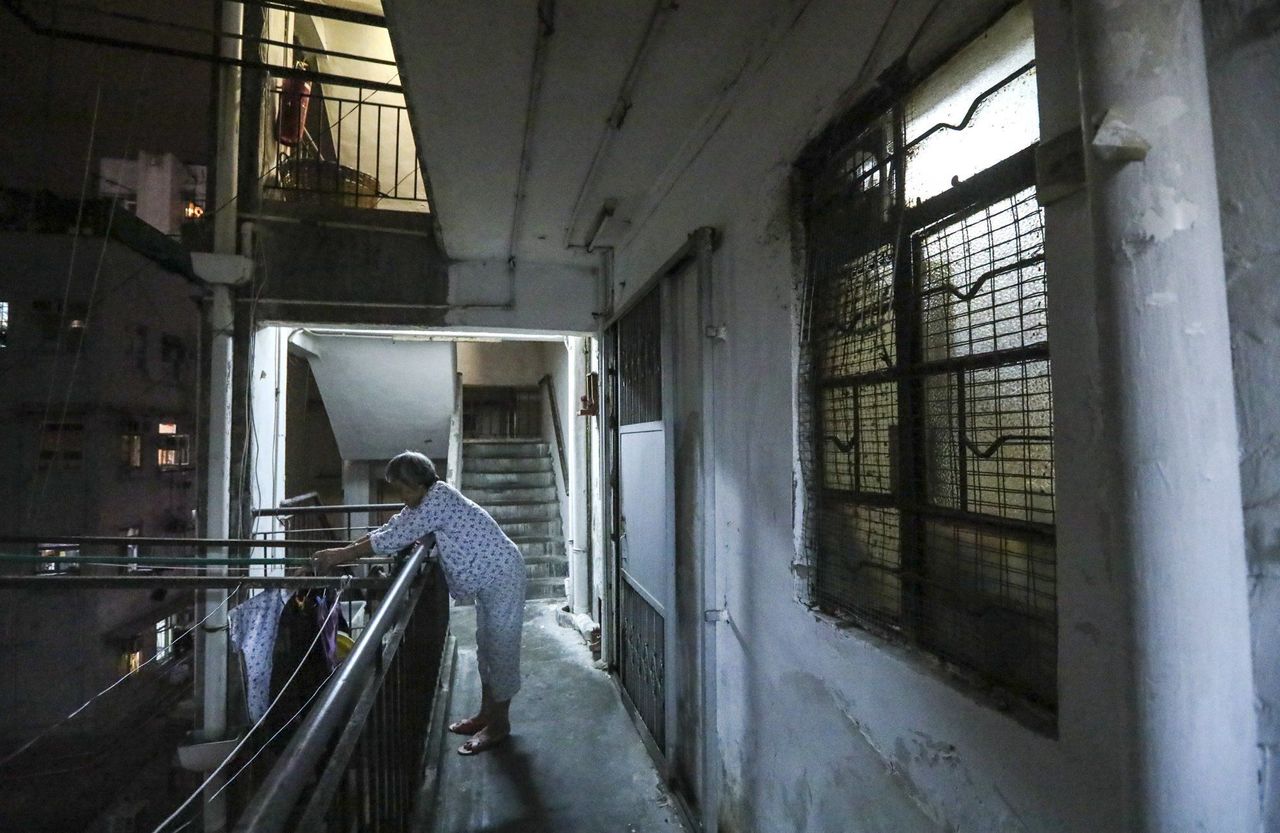 A woman puts out laundry in Sham Shui Po in December 2019. Hong Kong has been grappling with the problem of unaffordable housing and substandard living conditions for low-income families for years.

Each head of department and minister should face the public at a press conference at least once a year to lay out their performance targets over say, a five-year period, with measurable annual milestones. They should welcome public feedback and be prepared to be held to account.

Instead of outsourcing public enquiries to anonymous commercial channels, ministers and department heads should make themselves accessible and responsive to members of the public. Social media can help here. Indeed, mainland party secretaries at various levels pay close attention to public feedback on a daily basis, lest their heads roll.

A system of accountability will force ministers, heads of departments and their subordinates to deliver. Otherwise, promises of a “results-oriented” approach risk becoming empty talk. Hong Kong people are fed up with slogans.

To enhance Hong Kong’s long-term competitiveness, Lee would need to pick his team carefully, selecting ministers with outstanding ability in their respective fields.

Last but not least, we must not forget Hong Kong remains a deeply divided society. Violence and foreign infiltration aside, the unprecedented large-scale protests of 2019 and 2020 reflect a common desire for universal suffrage in chief executive elections. This privilege was not in the Joint Declaration with the United Kingdom but was included in the Basic Law on Beijing’s initiative.

Now that the dust has settled, the public probably realise that the rejection of the government’s universal suffrage package in 2015, which complied with Basic Law safeguards, was monumentally misguided.

Most are now likely to accept that democracy and universal suffrage in Hong Kong cannot be a carbon copy of those systems in the West. Candidates have to be pre-screened by Beijing because under the Basic Law, the chief executive not only represents the people of Hong Kong, but works closely with and is accountable to Beijing.

So it will be incumbent on the sixth-term chief executive to lay all the necessary groundwork for universal suffrage to happen in the subsequent term.

Hong Kong will have a solid foundation for its future within the motherland when its governance is results-oriented, its long-term competitiveness is enhanced and its government is elected by the people.